A Play by Patrick Brigham

A Play by Patrick Brigham

In Kindle and Paperback 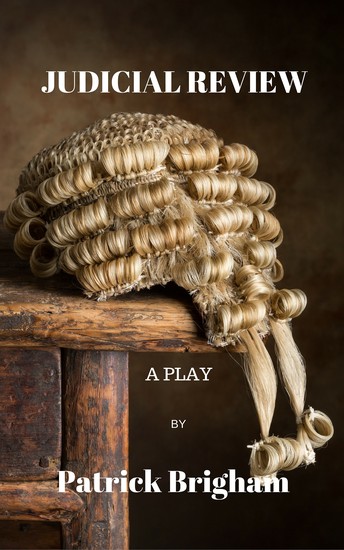 Pitted in scandal and fraud, my play - Judicial Review - is a humorous comment on the world we live in, which has become littered with businessmen who think that the moment you invest in their money making schemes, your cash becomes their cash. They do not seem to understand the expression 'Duty of Care,' nor the basic principles of entrepreneurship. This underlines the fact that profit should be equitably shared amongst the Shareholders and the Directors of a company alike.
Some fraudsters have just gone too far to dig themselves out of a financial hole, whilst others, are just plain greedy and want all the money for themselves. When they are brought to justice, courts can make their crime seem petty - despite the vast amounts of money concerned - and white collar prisons can be very comfortable.

It is the year 2000 and Sir Jerald Noakes, a leading City of London business tycoon, has fallen foul of both his own and the prevailing institutional greed. Very much a 21st century phenomenon, it seems that he has been chosen as a scapegoat by the British establishment, and soundly trounced for his misdemeanours. The fact that he is not from an old established UK family might have something to do with it, or that he is the upstart son of an émigré family emanating from somewhere in central Europe. The play begins in court, where it appears Sir Jerald, having been found extremely guilty on all counts, is now awaiting his sentence. The play makes a mockery of money and the way it alters people’s attitudes towards one another; in this case, the piffling sum of £50 million. As the play progresses, the audience is introduced to the fictional actors who all have their own stories to tell, and who are all baffled by the amount of money and greed involved. It also juxtaposes a previous court case – experienced by a member of the fictional cast – which happened during the dark days prior to the 1967 Sexual Offences Act. The play within the play – written by a fictional Irish member of the Socialist Workers Party – is being performed at Reading University. It is one of the few places in the UK that still accepts and enjoys left-wing theatre and, as the play progresses, The Theatre of the Absurd. The director of the play has misgivings about the way it is progressing and both he and the writer – who seems to be permanently full of angst – are at loggerheads over the message the play is sending out to the audience. The director is worried about its political correctness, but the writer is not concerned at all with controversy, because of the emotional baggage he is carrying around, his working class roots, and his life experience. By halfway, it is discovered that Sir Jerald is terminally ill, and – out of compassion – he is released from prison by the Home Secretary. On release, and due to his rapid decline, everywhere he looks he is surrounded by treachery and humbug. No longer a tough nut, with his dictatorship now seemingly over, and in despair, he comes to realise that - during a lifetime in big business - he has only been loved for his money. But however much Sir Jerald’s tormentors believe they have him at their mercy, he still preserves a powerful and humiliating weapon, a final card, which he believes will allow him to die in peace. Patrick Brigham

Judicial Review - about the author

Born in Berkshire England to an old Reading family, after attending an English Public School and a stint at college, the author Patrick Brigham went into real estate. After the economic crash of 1989 he licked his wounds, wrote two books and in 1993 decided to finally abandon London, the UK's casino economy and he moved to Sofia Bulgaria. As the Editor in Chief of the first English Language news magazine in Sofia - between 1995 and 2000 - and as a journalist, he witnessed the political changes in this once hard core communist country and personally knew most of the political players, including the old Communist Dictator Todor Zhivkov and his successors, Zhelev and Stoyanov. The natural home of political intrigue, Bolshevism and the conspiracy theory, Bulgaria proved to be quite a challenge, but for many of its citizens the transition was also very painful. Despite this, Patrick Brigham personally managed to survive these political changes and now lives peacefully in Northern Greece, writing mystery novels and stage plays. 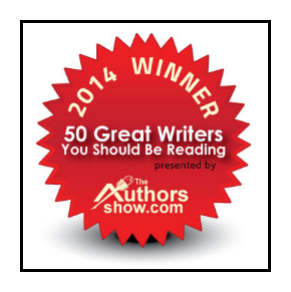 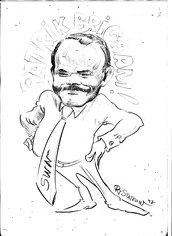 Where to find Author Patrick Brigham