Celebrating the great work of Faribault students and staff

Celebrating the great work of Faribault students and staff 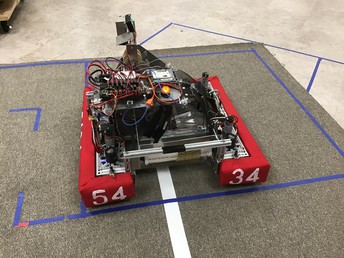 Falcon Robotics scored 480.51 points to narrowly defeat runner up Eagle Ridge Academy of Minnetonka by six-hundredths of a point and third-place Woodbury by just over two points. A scoring discrepancy was later identified and Eagle Ridge Academy joined the Falcons as co-state champions.

Teams participated in seven events in the Minnesota State High School League’s virtual competition and their top three scores were taken to determine their total. In each event, the teams programmed the robots they built to pick up foam balls, move them, and shoot them at targets.

It was the third state appearance for the seventh-year team. Coach Matt Barron said the team had high hopes for their robot, named Luigi, last spring before the season was cancelled due to the pandemic, but the extra time allowed them to make some beneficial modifications.

“The biggest change in the robot was a new drive system that allowed the robot to be extra mobile, a point that was critical to the success of the robot at this year’s events,” Barron said. “We had to make changes to the robot to optimize it for the at-home game, but the design was largely based on last year’s robot. We were excited that all our hard work last year would have a chance to shine this year.”

Falcon Robotics’ previous best state finish was third place in 2016. The team entered this year’s MSHSL competition ranked fourth out of 99 teams statewide after finishing 29th internationally out of over 1,400 teams.

“This is my 7th year with the team and every year I am blown away by how talented and dedicated our kids are at Faribault High School,” coach Jason Engbrecht said. “With the pandemic, the team had every reason to make excuses for not trying their hardest, but they never did. They kept pushing 5 days a week for 5 months to design and test a robot that could be amongst the very best and I'm thrilled to see them come out on top as champions!"

“With it being an unconventional year for robotics it is great to be able to finish our year with 1st place. We had a very different season as well. Instead of having around 20 students we had 8 so this year we were able to work more closely with everyone and make a winning robot,” Sullivan said. “While it would have been nice to have been able to do in-person competitions with our robot, it's great that we were able to win even with the unforeseen challenges of the year.”

“It feels amazing getting first place and knowing that all of our hard work paid off,” Yetzer added.

Congrats to our state champs! 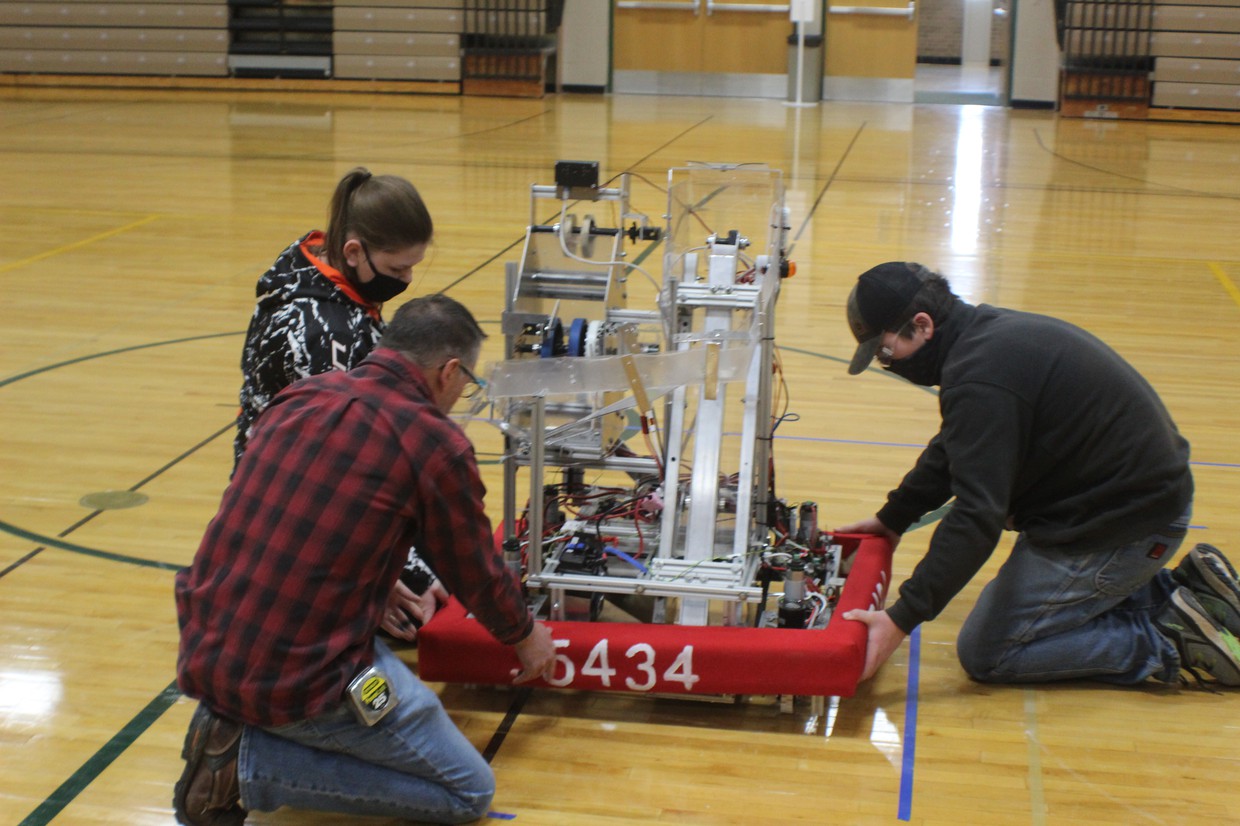 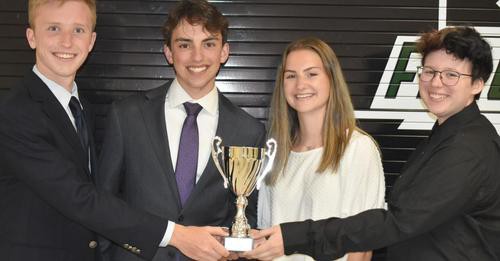 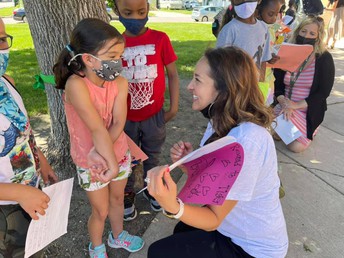 Lincoln Elementary kindergartners read the book Read to Tiger and followed the writing process to create book reports. On June 4, they presented their book reports and answered questions from teachers and other staff. 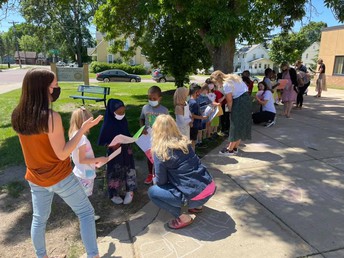 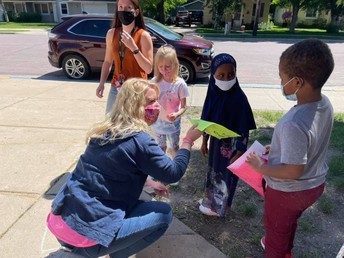 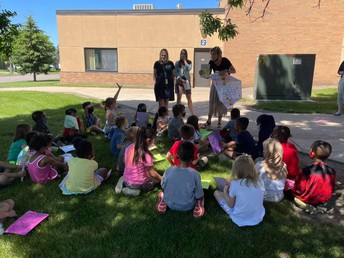 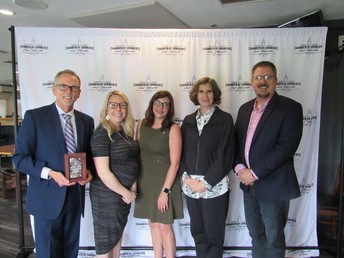 At the Chamber Awards held May 20, Faribault Public Schools received the Excellence in Education award for its innovative new H2C – High School to College and Career program. Through this partnership with the Faribault Area Chamber of Commerce and Tourism, South Central College, District One Hospital, Allina Health, and Mayo Clinic Health System, FHS students will be able to earn college credit and prepare for a healthcare career while still in high school.

Students are already registered for the new classes that will begin this fall as part of the new health sciences pathway. 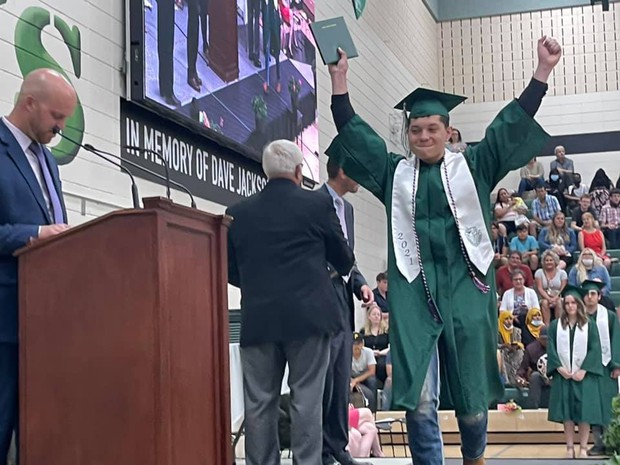 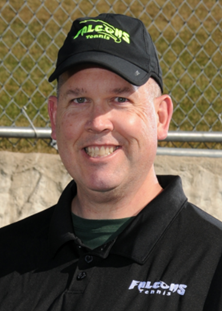 Anderson has coached the boys tennis team for eight years and has served as girls head coach the last two years.

“The talent of tennis coaches in the Big 9 Conference is amazing and to be voted Coach of the Year by my fellow coaches is an honor and is greatly appreciated,” Anderson said. “While we only have nine players on the team this season, they have done well in getting Faribault recognized by other teams within our conference through their level of play and continued effort, attitude, and positive sportsmanship. Being Coach of the Year is an added bonus and is a result of the team's outstanding efforts this season.”

Despite having just nine players and entering the season having gone nearly four years without a conference win, the Falcons defeated Red Wing, Albert Lea and Winona this spring.

Anderson said he hopes student-athletes who participate in tennis will learn to give a full effort in everything they do, maintain a positive attitude, exhibit sportsmanship, and always treat others with fairness, ethics and respect. 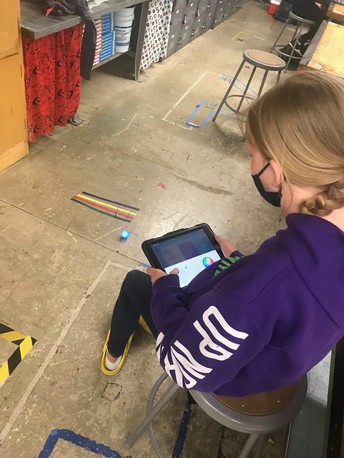 Students are working on a variety of innovative projects in Matt Barron's Coding and Robotics classrooms. 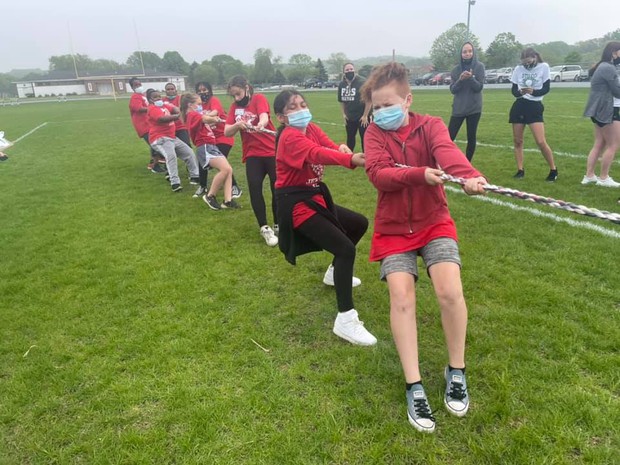 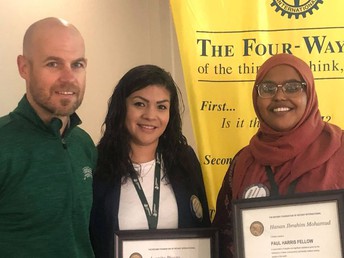 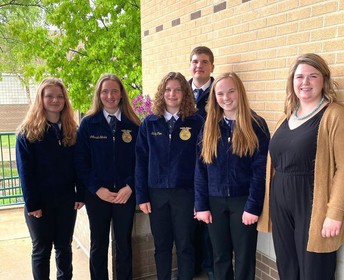 The first year of the new Agricultural Education course at FHS was a huge success as 97 students enrolled. Several students went on to present at the state level and six became members of Future Farmers of America.

VIDEO: Thank you and congratulations to our 2021 retirees! 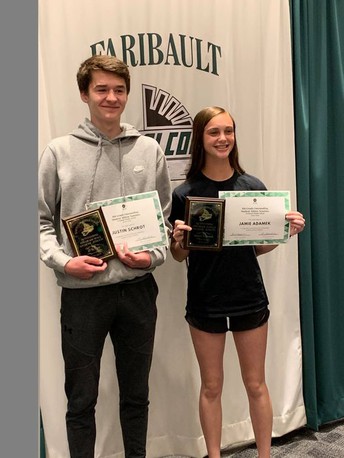 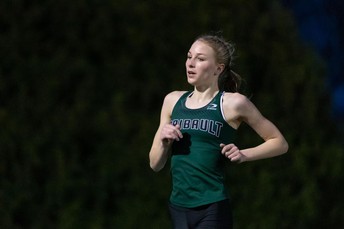 Senior Ruby Gernandt finished off her standout career as a track and cross-country runner at FHS by placing 14th in the 1,600-meter run at the state meet in St. Paul. Gernandt ran a personal-best time of 5:15.35. 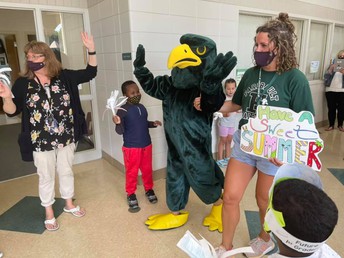 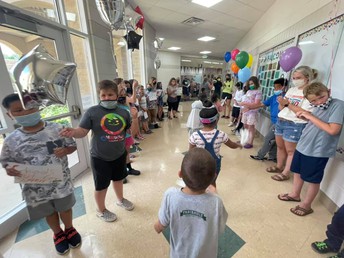 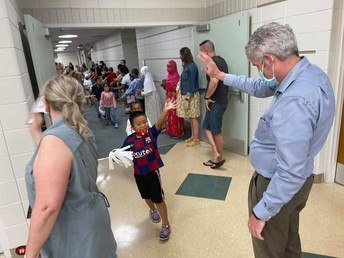 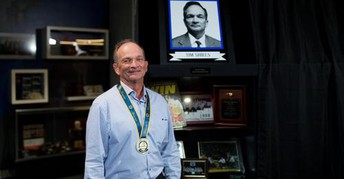 Tim Shiels was inducted into the National Wrestling Hall of Fame during the Honors Weekend on June 4-5 in Stillwater, Oklahoma as a Meritorious Official. Shiels is a Faribault native that graduated from Faribault High School, where he wrestled for the Falcons and was coached by his father, Dick Shiels.