Philippa is using Smore newsletters to spread the word online.

Get email updates from Philippa: 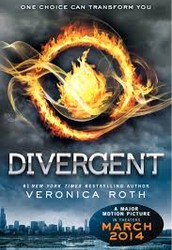 The main Character in the book "Divergent" is the 15 (later in the book 16) year old Beatrice. She lives with her parents and her brother in the faction called Abnegation. The whole area is separated in factions. Abnegation is the faction for selfless people. In the age of 16 every one has to choose which faction the person wants to follow till the end of their life. Abnegation, Dauntless, Erudite, Amity or Candor are the factions you can choose of. Beatrice chose Dauntless and so a new life begun. At the very beginning in her life in Dauntless the leader asked her what her name is and she changed from Beatrice to Tris.

Tris and the 9 other people who chose Dauntless had to prepare for the big choosing at the end. First they learned how to shote a gone, than they learned an a simulation how to fight your fears. In this station everyone is in a simulation and is actually just thinking about their fears but they don't know that it feels real and the people thinks that they have to fight really. Tris is a Divergent and that means that she knows that it is just a simulation and not real. For her is it not as difficult to come down and relax. She is done in 2 minutes and all the rest needs at least 10 minutes.

First she thought that this is good, because if you are fast you get more points. Tris is so fast that every one knows that she is Divergent and they want to kill her.

At the end of the book Tris was chosen. In one night the leader asked all Dauntless people to fight in a war. Everyone just woke up and fought in Abnegation to kill all the leaders. Everyone except Tris and Toibas (Tobias is Tris' boyfriend and Divergent too), together they figured out that if you are Divergent the leader or a serum can not control your mind. That is the dangerous thing on Divergent.

After Tris and Tobias stopped the serum and everyone was able to think by their self the Dauntless and Abnegation people are fractionless. They go to Amity 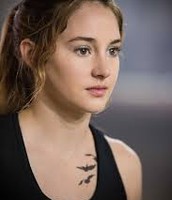 The main character. She is 15 years old and Divergent 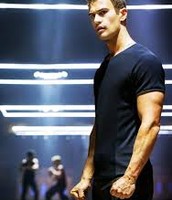 At the beginning Tobias (called Four) was just Tris' teacher in fighting. After a while they both fall in love in each other. 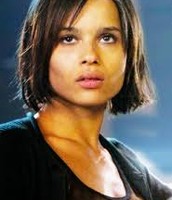 Christina is Tris' best friend. She is really good but jealous of Tris when she was so fast in the simulation. At the end you don't know what happens with her. You don't know if she died in the war or what ever happens to her.

The book was at the beginning kind of boring but after a while it was really good. I was so excited and I just wanted to know what happens with the characters. I enjoy the action of it and that their was still a love story but not that important like in "The hunger game"

Was the book well written?

The book was really well written. I really don't like reading but I read the book. At the beginning it was really boring but after the first few chapters it was really good. I could feel how the felt and I really saw the people.

I did not really saw symbols but what I would say is that the symbol for each fraction was their and maybe that was the symbol.
DIVERGENT - Trailer - Official [HD] - 2014

Philippa is using Smore newsletters to spread the word online.