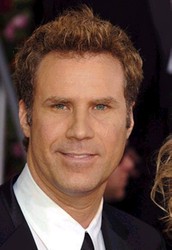 Will Ferrell has been casted as Benedick in the reproduction of Much Ado About Nothing. Ferrell is well known for is comedian rolls in Elf, Step Brothers, Get Hard, etc. Ferrell was a the perfect choice considering Benedick is the jokester of the film. Ferrell is the only one , in my opinion, who can deliver the lines of Benedick properly.

Angelina Jolie has been casted to play Beatrice in the upcoming production of Much Ado About Nothing. Jolie is well known all over the world for her beauty, on top of her acting skills. In order to play the character of Beatrice she had to be equally as beautiful and talented, and that she is! Angelina Jolie was the ultimate choice for the roll, she had everyone else beat out by a long shot. 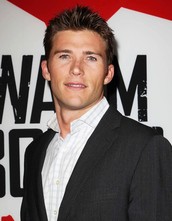 Scott Eastwood has been casted as Claudio for the reproduction of the film Much Ado About Nothing. Eastwood is recently known for playing the male lead in The Longest Ride, but has also been in multiple other films. Eastwood fits the character of Claudio perfectly; he is younger, handsome man, who is also an astonishing actor. It was clear to us that Eastwood is a clear representation of Claudio, therefore making him the perfect choice. 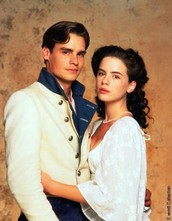 A big event in the film Much Ado About Nothing was when Hero agreed to marry Claudio. This is a big event mainly because Claudio is not the one who won over Hero's heart, it was his friend Don Pedro. This is also a huge event because Claudio has been madly in love with Hero; therefore making his life like a fairytale being with her.

The largest scene in Much Ado About Nothing is when Claudio confronts Hero as a cheater at their wedding. Claudio is furious because Don Jon has led his to believe that his innocent bride to be had slept with another man the night before their wedding. This crushes Claudio because Hero has been the love of his life. When he confronts her she has no idea what's going on because she has been set up. This awful set up causes Hero to be punished by death. That ruins the big love story in the film; thankfully they only pretend to kill Hero, leaving more to the plot of the story.

Olly Murs' song " Oh My Goodness " is a good representation of the love theme in the film Much Ado About Nothing. When Murs says, " It's too late to look away, and unfeel what I feel for you ... Look away, and unsee what I see in you, " it reminds me of how much Claudio loved Hero in the beginning of the film. He knows that after he's fallen for Hero there is no going back; he is going to love that girl for the rest of his life. Also, when the song says, "I'm going too fast, heart first.. My head just can't slow me down," it makes me think of Claudio at the wedding. Once Claudio had Hero cheating on him stuck of his mind he couldn't stop. His head wouldn't slow him down or stop him from yelling all those awful things at the wedding. Lastly, when Murs says, " You got me dreaming of a life that anybody else would die for," it reminds me of when Claudio found out Hero didn't cheat. He finds out that Hero died for nothing and he longs for her. He can't help himself from dreaming of the life they could've had and how much he loves her still. Therefore, I believe " Oh My Goodness" by Olly Murs is the perfect song to represent the theme of love in Much Ado About Nothing.