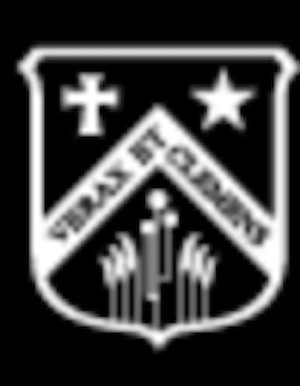 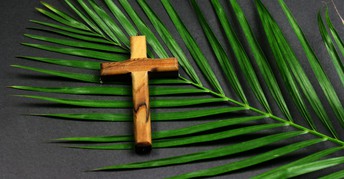 Gospel Reading
Mark 14:1—15:47 (shorter form: Mark 15:1-39)
Jesus is sentenced to death and crucified. The centurion who witnessed his death declared, “This man was the Son of God.”

Last Sunday, called Palm or Passion Sunday, is the first day of Holy Week. Holy Thursday, Good Friday, and the Easter Vigil on Holy Saturday are called the Triduum—three days that are the highlight of the Church year. There are two Gospels proclaimed at today’s Mass. The first Gospel proclaimed before the procession with palms tells of Jesus’ triumphant entrance into Jerusalem. Riding on a borrowed colt, Jesus was hailed by the crowds as they blessed God and shouted “Hosanna!” This event is reported in each of the four Gospels.

At the Liturgy of the Word on Palm Sunday, the events of Jesus’ passion are proclaimed in their entirety. In Lectionary Cycle B, we read the passion of Jesus as found in the Gospel of Mark. We will hear these events proclaimed again when we celebrate the Triduum later in the week. On Good Friday, we will read the passion of Jesus from the Gospel of John.

In Mark’s Gospel, Jesus’ passion and death are presented as the consequence of the tension between the Jewish authorities and Jesus that had been building throughout his public ministry. This tension reached its breaking point when Jesus drove the merchants and moneychangers from the Temple. After this event, the chief priests and scribes began seeking a way to put Jesus to death, and yet, this is only the surface explanation for his death.

When Jesus was arrested and brought before the Sanhedrin—the council of Jewish priests, scribes, and elders—he was charged with blasphemy, citing his threat to the Temple. When he was brought before Pilate, however, the religious authorities presented his crime as a political one, charging that Jesus claimed to be king of the Jews. In continuity with a theme of Mark’s Gospel, the messianic claim of Jesus is widely misunderstood.

In Mark’s Gospel, Jesus’ disciples are rarely models of faith and do little to invoke confidence in their capacity to continue his ministry after his death. They fare no better in Mark’s narrative of Jesus’ passion and death. At the Last Supper, the disciples insisted that none among them would betray Jesus. When Jesus predicted that their faith would be shaken in the events ahead, Peter and the other disciples protested vehemently. Yet in the garden of Gethsemane, Jesus returned three times to find them sleeping. Jesus prayed in agony over his impending fate while his disciples slumbered through the night. Just as Jesus predicted, Peter denied Jesus, and the disciples were absent during Jesus’ passion and death. Only the women who had been followers of Jesus in Galilee are said to have been present at the Crucifixion, but they remained at a distance.

Throughout this Gospel, Mark challenges the reader to consider the claim with which the Gospel begins: Jesus is the Son of God. When we read Mark’s account of the passion, we begin to comprehend the deeper theological statement being made about Jesus’ death. In Mark’s telling of the passion narrative, Jesus understood his death to have been preordained, and he accepted this death in obedience to God’s will. Jewish Scripture is quoted only once, but there are several references to the fulfillment of the Scriptures. Jesus understood his anointing in Bethany as an anticipation of his burial, and he announced that this story would be told together with the Gospel throughout the world. Jesus predicted his betrayal by Judas as well as Peter’s denial. At his arrest, Jesus acknowledged that the preordained time had arrived. Jesus was both confident and silent before his accusers. After he was sentenced to death, Jesus did not speak again until his final cry from the cross. The bystanders misunderstood and believed that he was calling for Elijah. The Roman centurion, however, affirmed what Mark has presented throughout this Gospel: Jesus is the Son of God. Nowhere was this revealed more fully than in his death on the cross.

During Holy Week, we prayerfully remember the events of Jesus’ passion and death. As we meditate on the cross, we ask again and anew what it means to make the statement of faith that Jesus, in his obedient suffering and dying, revealed himself to us as God’s Son.

This newsletter contains some important information as we enter Easter and the end of Term 1. Please take time to read the notices below.

St Marys school has invested heavily in structured Literacy to support our Teachers and learners. I have attached a parent letter outlining some of the information. We will hold a parent meeting early in Term 2 to go over some of the knowledge our teachers and children have acquired.

We are looking to run our Holiday programme again over the next Holidays. Shelley would like to know your interest and if families would like 1 week or 2 weeks.

Could you please email Shelley your interest and preference for 1 week or 2 weeks as soon as possible. Shelley can then gauge interest and numbers.

It is with deep sadness that we have let our community know of Prue's passing. There are services tonight at 6.00pm and tomorrow at 10.30am at St Mary Immaculate. Please let your child's teacher know if you are going to take your child/ren to the service tomorrow.

As we are in Holy Week and Easter is upon us. We just wanted to remind our community that we finish school on Holy Thursday at the normal time. The school will start again on Wednesday 7th April at 8.50 am. We hope all our families have a safe and enjoyable Easter break.

On Wednesday 14th April and Thursday 15th April we will be holding parent/teacher conferences. These will be 15 minutes where the teacher will go over the goals, graph and information regarding our philosophy and teaching of spelling. The interviews start at 2pm both days. Tika children will go into Rm 3 from 1.45pm onwards and the rest of the school will be in the BAMJC. School does not finish early, however if you wanted to pick your child up from their room between 1.30pm-1.45 please just let your teacher know. The bus service and After School Care will still be running.

To book a conference time please go directly to the booking page using this link.

There will be Stations of the Cross on Good Friday 9am at St Mary Immaculate, and 10am St Joseph’s

Easter Sunday - 8am and 10.30am St Mary Immaculate, and 9am St Therese, Bethlehem. 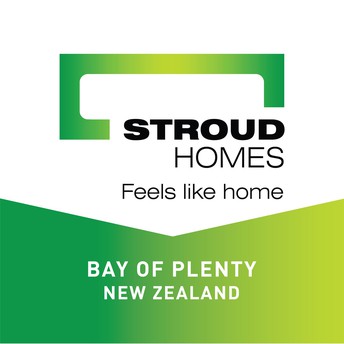 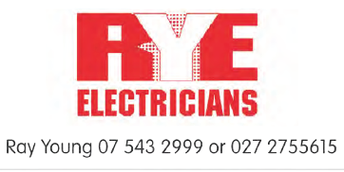 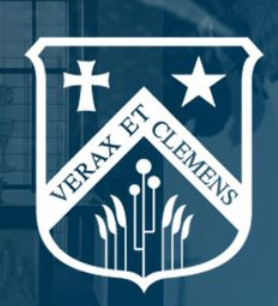