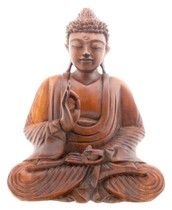 Based on the teachings of Siddhartha Gautama, Buddhism begins in India during the 500s B.C. It then spread to China and Korea and finally arrived in Japan in A.D. 500s

Buddhism spread very quickly in Japan due to the support of Prince Shotoku. The Buddhist beliefs stated that peace and happiness could be gained by leading a life of virtue and wisdom. The Japanese adapted to Buddhism by combining it with the naturalistic beliefs of Shinto. Buddhist sects formed over time. One of these forms or sects was Zen, which meant that something precious or divine exists in each person. 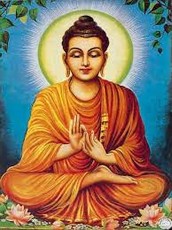 The Japanese people adopted a sect that met their individual needs. One of the most commonly adopted sects was Zen. It emphasizes self-discipline, meditation, and simplicity. The followers believed that quiet reflection was more beneficial than ceremonies and studying scriptures. Zen was very influential towards the culture of Japan. Many artists and samurai prefer Zen for many reasons. The artists enjoyed the combination of boldness and simplicity. Samurai thought that Zen gave them strength in battle through inner peace. Later Zen spread to other western countries.

Essential Question: How did the Japanese adapt Buddhism?

Review Question: How was society affected by Buddhism?