We often talk about what to do when a student does not grasp a concept. Think about a time recently when you had a student “fail” a test, or they were unable to show you proficiency on a particular skill. For example, you gave your Everyday Math Unit test; Johnny answered all of the data analysis/ basic statistics questions incorrectly. The mean was where the mode should be. He added the minimum and maximum to get the range, and on the two-inch line where the answer for the median should have been, was the list of data points provided… at least they were in order from least to greatest!

You aren’t surprised. Johnny has been struggling throughout the unit, the homework was rarely completed, and you have three exit slips that showed a basic performance. Now what? Well, it seems appropriate at this point in the year to answer, “Now what?” as a multiple choice question.

A. It’s time for the next unit, so you move on.

B. You remediate. You reteach. You pull Johnny (and others) into a small group to practice. You provide additional homework. You re-assess. Johnny shows a proficient level. You move on.

C. You remediate. You reteach. You pull Johnny (and others) into a small group to practice. You provide additional homework. You re-assess. Johnny shows a proficient level. You move on. You provide additional practice and support in the subsequent units, and do everything you can to ensure that Johnny won’t fail to show proficiency on these data analysis concepts again.

D. None of the above.

In typical, nonsensical multiple choice fashion, we have an obvious incorrect answer, some choices that look similar, and an ambiguous choice. In our school, we know that Choice A is incorrect. Choice B is a step in the right direction. Choice C is a great answer, but it is not the correct answer. The answer to “Now What?” is choice D. The answer to “Now What?” is everything described in Choice C as well as communicating to Johnny that failure is not an option… not for future data analysis questions, not for future Everyday Math tests, vocabulary tests, writing assignments… Johnny needs to understand that failure is not ok, and it is not an option. As educators, it is our job to communicate this through our words and our actions.

If we accept our students’ failures, our students will learn that failure is acceptable for us and for themselves. However, we send a much different message when we give them our time, show them tireless effort, and continually support them through their struggles. Failure is unacceptable. If they are not learning the content, something needs to change. Maybe it is time, or learning new strategies, or metacognition, or motivation… Whatever it is, the effects of failing are too great. We cannot accept failure because we cannot allow our students to accept failure.

Just as we must express and model that failure is not an option, we must model and commit to excellence. I remember early in my teaching career, our school principal insisted on silent hallways. Originally, I did not agree that silence was necessary, quiet sure, but silent? I did not have a problem with the students enjoying some down time walking in the hallways and having a conversation with their friends. Do they really have to be silent?” My thinking has obviously changed since then. I see the hallway transition time through a broader scope. They are not being silent for the sake of being silent. When students are silent, they are not only allowing the students in their classrooms a quiet working environment. They are displaying an expectation on a much bigger level. We/they are showing that we value the learning going on in the rooms we pass. We are displaying a commitment to excellence. It isn’t acceptable to see trash on the ground in the hallway. It isn’t acceptable to allow students to produce mediocre work in the classrooms. Every child deserves an engaging learning environment, well-designed lessons, activities to meet their individual needs, clean hallways, organized classrooms… Excellence is a habit; it is a commitment. We can’t expect excellence if we don’t model excellence.

People perform better when more is expected of them. It is called the Pygmalion Effect. Many studies and large amounts of research support this argument. So let’s start to raise our expectations for our students. Let’s start to expect excellence and make failure unacceptable. “Excellence is not a skill… it’s an attitude.” 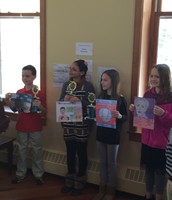 Our Sabold students received their awards today. Thanks, Mrs. Naismith, for heading this contest again! 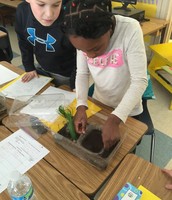 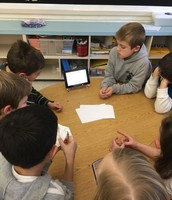 Ask Ryne about how he breaks his large class into small groups. He is creating screencasts for his students to review lessons in small groups. They watch the lesson and then apply the skills and answer questions based on the lesson. Great idea... 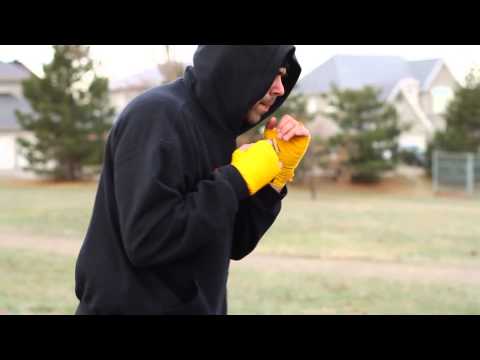 freevideos.inspirationzone.net
From baggage handler to successful CEO in only 5 years, Josef Azam talks about the key to success. By sharing his motivational story, Josef proves...