Maribeth is using Smore newsletters to spread the word online.

Get email updates from Maribeth:

After many years of leading Burton students through Physical Education skills Mr. Transit will be retiring. He is hanging up his cleats on February 28, 2022. We have been so fortunate to have such a wonderful teacher guiding our children with the love of physical activity and skill development. Dribblers can now dribble with the best of them. Students have learned how to properly shoot a basketball and bump and set volleyballs. They love scooter ball and knocking down the castle. We will be having a farewell reception for Mr. T on Thursday, February 17 from 3:45 to 4:45 if you would like to come and reminisce and wish him well.

We are very fortunate to have Mr. Joe Sermo taking over the long term PE position from March 1 through the last day of school. Mr. Sermo has two sons who attended Burton a few years back and he is currently the Berkley High School boys varsity basketball coach. He has had the opportunity to shadow with Mr. Transit and already knows many of the teachers and students through his coaching opportunities. Please welcome Mr. Sermo.

If you recently received an email that looked like it came from me, Ms. Krehbiel, asking you to go and buy her gift cards...... It is a total scam. Someone duplicated my email address and photo and sent parents an email claiming that the School Board needed gift cards and would you please go and buy them and send them to Ms. Krehbiel. First I would never ask parents to do this and second.... ugh how annoying. I had our tech department and Oakland School working on it all weekend and they confirmed it was a hack and scam. In the future, if you feel you have received an email from me that is strange please just email me at Maribeth.Krehbiel@berkleyschools.org (my correct email address) and let me know so I can take action. I thank the number of parents who alerted me to this occurrence so I could work on getting it reported and stopped.

Planning has begun for the 2022-2023 school year. It is important for us to know if your child will be attending Berkley School District in the fall for accurate student placement. Please complete this survey by Friday, February 18, 2022.

Planning has begun for the 2022-23 school year. It is important for us to know if your child will be attending Berkley School District in the fall for accurate student placement. Please complete this survey by Friday, February 18, 2022. 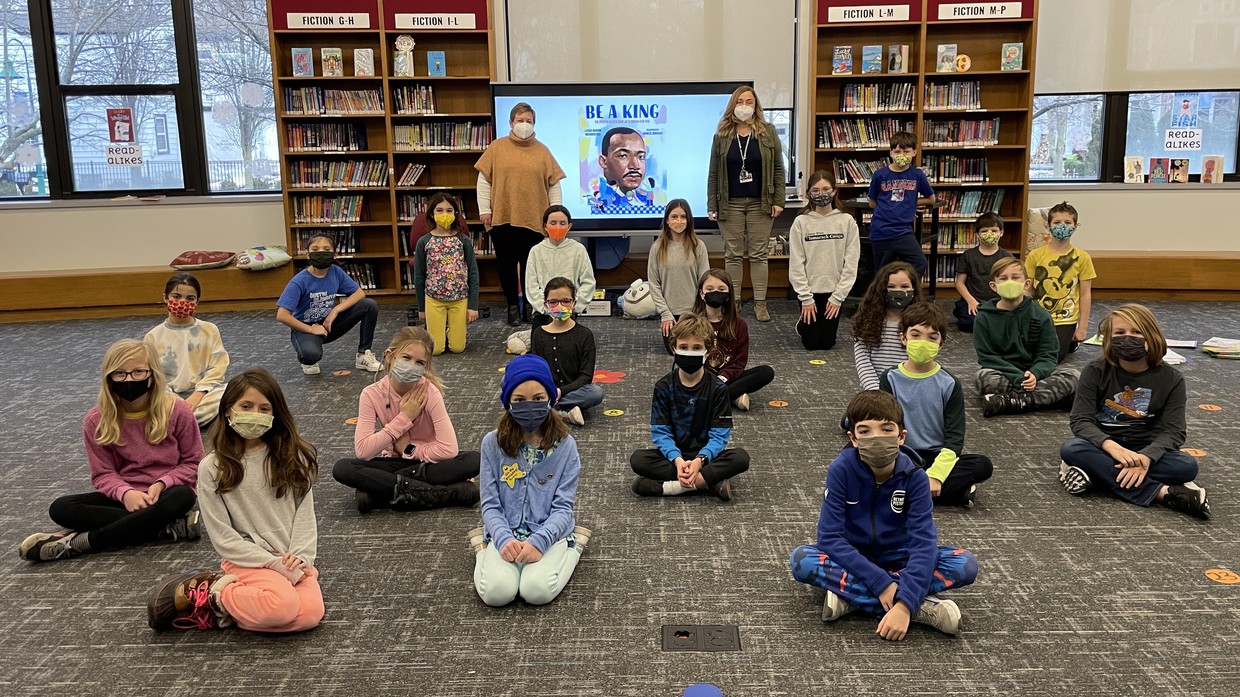 Diversity Alliance Club celebrated Dr. Martin Luther King Jr. through learning and discussion. We read Be a King, by Carole Boston Weatherford and talked about how we can “be a king”.

Thank you to everyone who purchased popcorn on Wednesday! The proceeds of the popcorn sale will be used to purchase diverse books for classrooms! Mystic Kettle dropped off a check for $507.00. Thank you so much for partnering with us. That check will help to purchase a number of books for our classrooms.

Over 200 people from Berkley and Royal Oak Schools participated in a Freedom March this past Monday on MLK Day to honor Dr. King. Many of the people participating on Monday were children. Children have a long history of being an important part of the fight for equality in the U.S.

On April 2, 1963 children all over Birmingham, Alabama left school and met up at a local church. In church, they sang inspirational songs and were given instructions as to where they were marching to, assigned a partner to march with and were released from the church in groups of 50 for their destination.

The police were waiting for the protestors and before the day was over, more than 2,000 children were arrested. The youngest marcher who was arrested was 4 years old, and when asked why he was arrested, he said “Tee-dom.” He was so young he couldn’t even say “Freedom!”

Today the Diversity Alliance Club is reading the book Let the Children March, by Monica Clark-Robinson.

Would you like to see more about Berkley’s partnership with the Royal Oak School District and the Freedom March? Check out this link: https://www.facebook.com/berkleyschools/videos/476444887371007

Want to learn more about the Children’s March? Check out these resources: 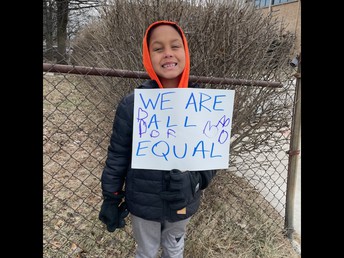 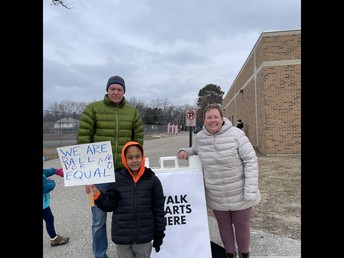 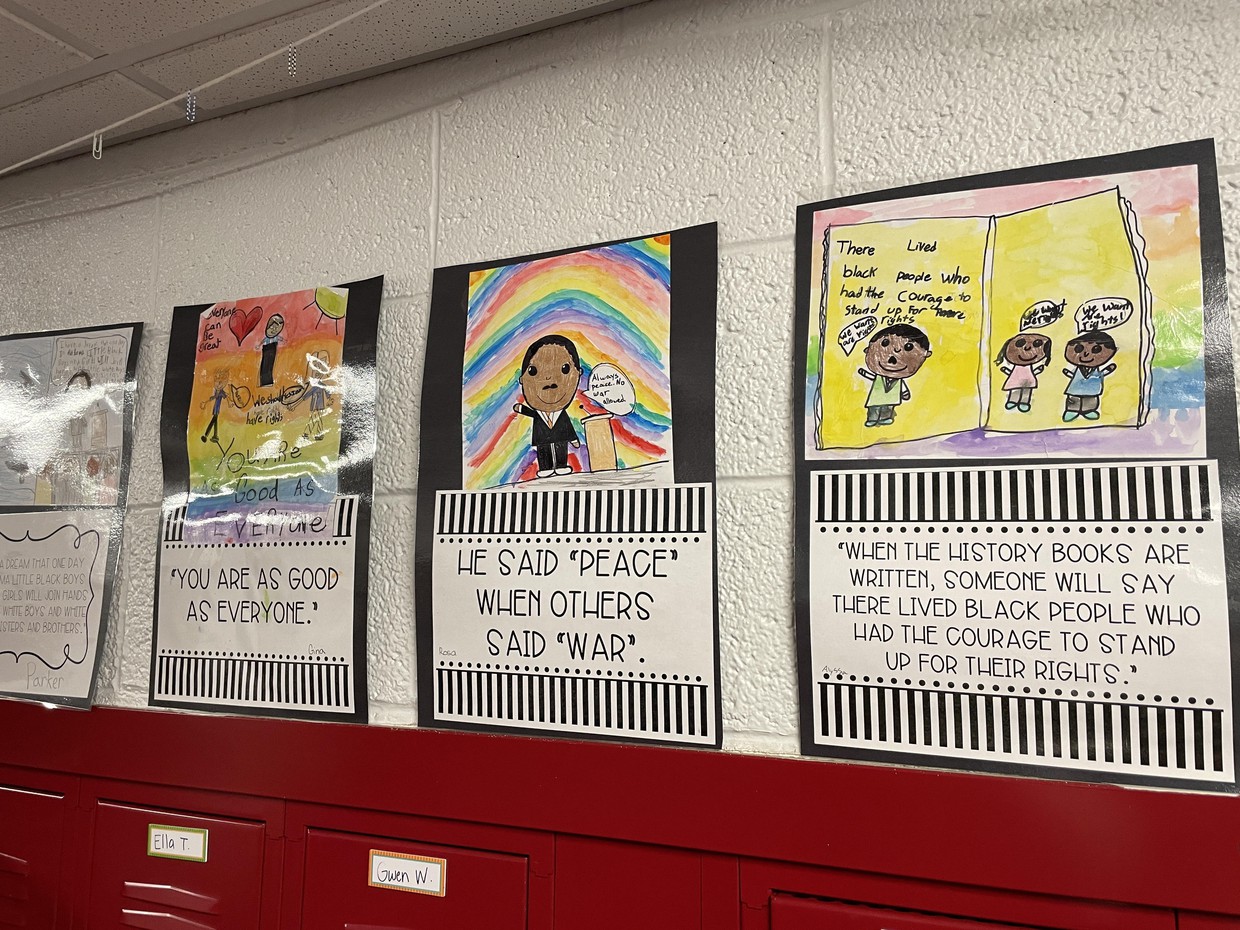 Students all throughout Burton celebrated and learned about Dr. King through readings, videos, art work, discussions, and more.

7:00 Concert for the Dramatic – BHS Auditorium 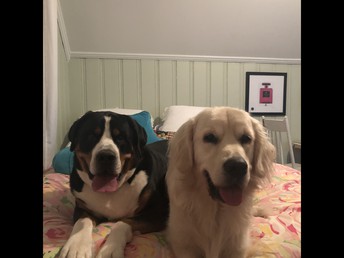 Maribeth is using Smore newsletters to spread the word online.

Follow Maribeth Krehbiel
Contact Maribeth Krehbiel
Embed code is for website/blog and not email. To embed your newsletter in a Mass Notification System, click HERE to see how or reach out to support@smore.com
close