When it's time to decide where to travel next, go to Athens!

When it's time to decide where to travel next, go to Athens!

One of the first reasons people should go to Athens because of its amazing historical artifacts. Probably Greece’s most well-known historical attraction throughout the world would be the Acropolis. The acropolis is an ancient Greek temple. “The temples on the sacred rock of Athens are considered the most important monuments in the Western world, for they have exerted more influence on our architecture than anything since” (pg.8). Therefore, the Acropolis is worthwhile seeing due to the magnificence of the monument, its long history, and its influence on architecture. Another popular area is the Agora, or the ancient marketplace. This ancient marketplace was founded in the sixth century. Therefore, the Agora is packed full of history, and where democracy was born. Lastly, a newer site in Athens is the New Acropolis Museum. Although the museum is new, it holds lots of history because it was built directly over an early Christian settlement. It has glass floors, sculptures from ancient temples, and glass walls to view the acropolis from the museum. These three sites alone embody Greek history and the beauty of its architecture, sculptures, and impact in history.

This is an ancient Greek temple that is very well known worldwide.

The ancient marketplace founded in the sixth century. This was in the heart of the city.

A musem filled with anceient Greek artifacts. Also, this museum has glass walls to view the Acropolis from inside.

Another enticing reason to visit Athens, Greece is for its beautiful beaches and waterside resorts. For example, Glyfada, “There are plenty of designer shops and expensive cafes to sit in while sporting new purchases by day, and trendy summer clubs to dance in by night.” (pg. 123). Glyfada is a beach resort that visitors love due to its location along gorgeous water, flashy nightlife and clubs, and the designer shops. In addition, Vouliagmeni is a seaside resort south of Athens that has that has beachside clubs, luxury hotels and yachts. Athens beaches are relaxing and beautiful with many activities to do there as well. Whether being on the beach, shopping, or going to clubs is your interest, they can all be met here. 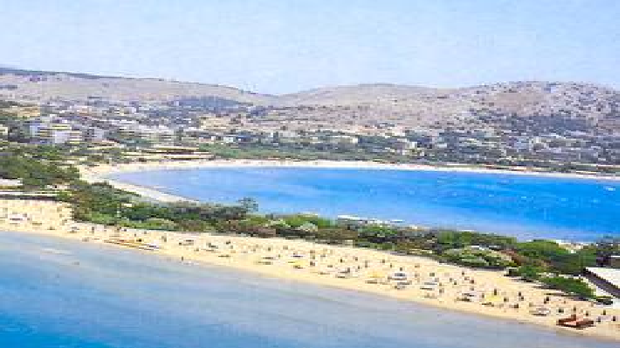 It has been said that the Mediterranean cuisine alone is reason enough to visit Greece. One well known dish is the salty and sweet grilled or fried octopus dish, also known as Calamari. It is caught and served on the same day, making it incredibly fresh. Spit roasted pork, lamb or chicken is served in gyros and known as Soulvaki. The meat is roasted for hours and known to have a wonderful taste. Lastly, a Greek favorite is Moussaka. "There are endless varations on this famous country casserole" (pg. 58). Moussaka is made with many variations but it basically consists of eggplant, minced lamb, layered with potatoes, tomatoes and enriched with wine. It is spiced with cinnamon and topped with béchamel, a creamy layer. This is a warming dish with an earthy flavor. Unique, fresh and delicious would describe the food of Athens, Greece and make the visit worthwhile. 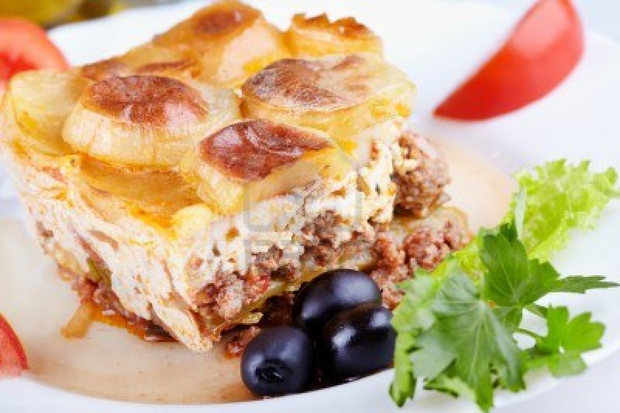