Women in the Workforce

How does a woman's appearance influence her impression?

Women in the Workforce

How does a woman's appearance influence her impression?

Although appearance should not influence whether or not a person moves up in their career, it is a significant factor when judging people for interviews. Women and men are incessantly judged by their appearance, and this appearance and impression thy give off can influence their advancement professionally.

A person's weight, clothing, and facial beauty can determine their advancement. A heavier set women may be less likely to receive a job compared to a fit woman. This, however, is not quite true for men. Women's weight appear to be a more significant factor compared to that of men. In addition, a woman and man's clothing and overall appearance can impact impressions on co-workers and bosses. Employers look for someone who appears better prepared and professional. Consequently, a man or woman who looks more "put together" and clean will be chosen over someone who looks more disheveled.

Contrary to wide beliefs, makeup also appears to be a leading factor in women's advancement in the workforce. A face that appears symmetrical and clear according to brain is more likely to be efficient and competent (Madell). 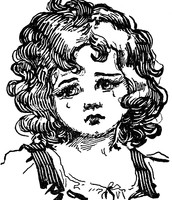 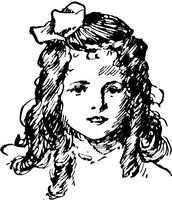 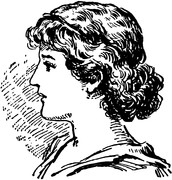 A pretty person is seen as someone with a natural ratio of hip to shoulder, clear skin, and a symmetrical face and body. By applying a moderate amount of makeup, a woman appears more awake, alert, and younger. In doing so, employers see an active participant who is able to keep up with the workload. Makeup also evens out the skin tone which allows for a more symmetrical face. Thus, a person is seen as younger and prettier. From this assumption, women who are younger and prettier looking are chosen over women who do not look as young or pretty. In addition, a woman with makeup is seen as more competent and trustworthy.

On the other hand, women who wear too much makeup and are too pretty are seen as a threat or incompetent. The key to makeup benefiting women is moderation. If a woman is interviewed wearing too much makeup, an interviewer is more likely to believe the woman is not intelligent enough or too focused on looks. From this, a woman can be seen as "too pretty" which has become associated with incompetence.

The overall effect makeup has in women's advancement in the workforce is positive except when used too much. Although women are not coerced to apply makeup, applying makeup can increase chances of advancing in their career (Louis). 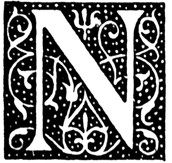 Facebook @News_Weekly_Info
News Weekly is a corporation that has been around for a decade. We focus on important aspects of news that influence the public. Find more information by signing up for our newsletters electronically and tangibly.
Atlanta, GA, United States NewsWeekly@News.com 123-456-7890 NewsWeekly.smore.com