From the Heads of Sixth Form

Year 13 had a very successful Parents' Evening on Thursday, their final one at Claires Court.

Following their Parent's Evening last week and their mock exam results, Mrs Rogers is currently seeing all Year 12 students for one-to-one sessions. Year 12 had a most successful visit to the university of Surrey on Tuesday and more about this can be found further in the bulletin.

Please remember payments for reserved tables must be made by 24th March to secure your booking. We are currently at our maximum of 400 guests, so tables will be released to those on the waiting list if payment is not made. If you wish to be added to the waiting list please email pta.ccgs@gmail.com

Tickets can be bought at the door but does not guarantee any food or a chocolate egg. 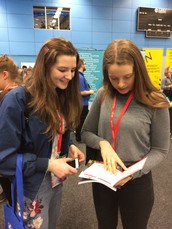 Accompanied by Mrs Rogers, Mrs Burdett, Miss McArdle and Mr Mulholland, the Year 12s had a most interesting visit to the HE Exhibition at Surrey this week. There were 160 exhibitors who were there just to speak to students about their institution and available courses. Many students found this really useful and gained some valuable advice from the exhibitors. To say it was a Higher Education course is a bit of a misnomer these days as the variety of exhibitors has greatly increased over the years. There were still Oxbridge and Russell Group universities exhibiting, but now there are also stands for institutions such as the SAE Creative Media Institute, the London School of Business and Management and the Institute of Contemporary Music Performance. The Armed Forces were also represented as was the National Apprenticeship Service and the Tante Marie Culinary Academy. There was definitely something there for everyone, whatever their plans for after Sixth Form and the Sixth Formers were very fortunate to see and be able to speak to so many people form these diverse institutions all under one roof. Tom May said "I thought that it allowed us to see a selection of brilliant universities in a snapshot, and provided us with only the necessary information with regards to entrance requirements and course details."

There were also many seminars for the students to attend, Including applying to university, student finance and student life. The next step for those thinking of going to university will be for students to visit the websites of their shortlisted universities and register for their open days. Another good website to use is www.opendays.com which is a one stop website for students to search open days for many institutions. 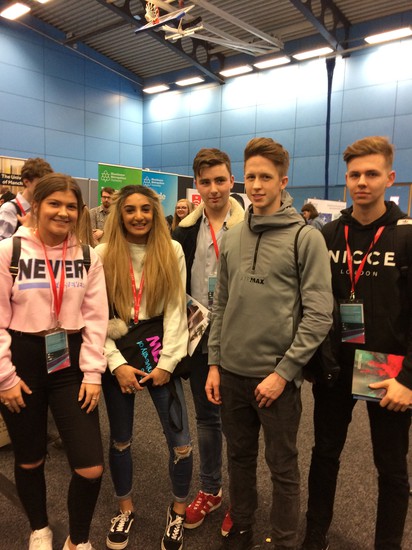 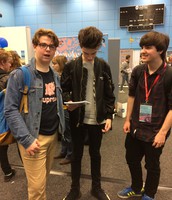 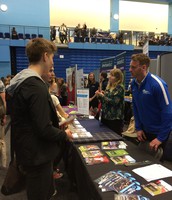 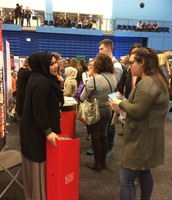 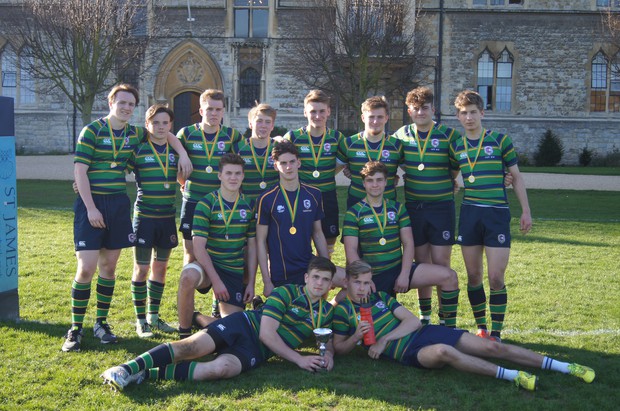 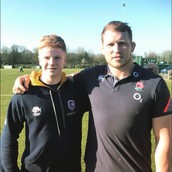 Two of our Year 12s, Matt Hine and Tom May, helped out at the U13 Rugby Finals at Maidenhead this week as assistant referees. Both students were warmly commended by Dr Anthony Clarke, Chief Scientific Officer of Ricanto Limited.

"Yesterday, I refereed the national final of the rugby U13 cup, sponsored by School Sports Magazine, and hosted by Maidenhead Rugby Club. For the second consecutive year, Claires Court kindly provided two sixth form students who acted as Assistant Referees for me. I am writing to thank both you personally and the school for this. As last year, both of your students were mature, polite, knowledgeable and a pleasure to work with. I am sure that this is exactly what you would expect from your students, but even so, I am very happy to acknowledge this. They were a great credit to the school!
Dylan Hartley, England Rugby captain, who could now afford to take time away from training for Saturday's game against Ireland, came along to present the awards and had photos taken with the students. Apparently he is not a big as we imagine. The quote of the day from Matt Hine was was "He's not as tall as Tom May, Miss"! And here's the proof! 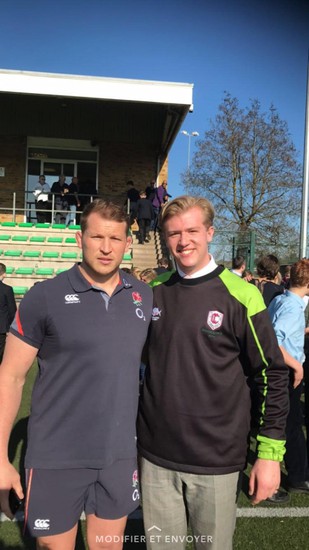 The Sixth Form 343 chosen charities are Foodshare, SportsAble and Rahab. The students are always working hard for their charities, giving their time and fund raising, but this week was a little different. To raise money, the Sixth Form had a speed doughnut eating competition between Year 12 and Year 13. Year 13 won, however the real winners were our charities who will benefit from the money raised. It was an hilarious event. More photos can be found on the website. 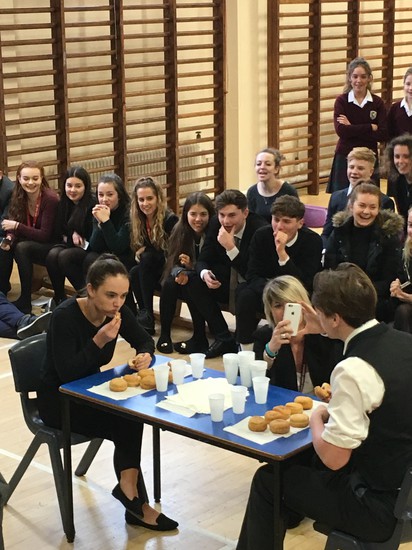 Jane Salsbury from the UK Sailing Academy based at Cowes on the Isle of Wight came to speak to us today. There are currently 10,000 students in the marine industry, and by 2022, there will be 64% more superyachts around, all requiring crew. Crew get paid to travel, usually between the Caribbean and Mediterranean, with excellent, tax free pay and tips on top. UKSA offer an alternative to university with structured career paths and training routes in yachting, engineering, hospitality, watersport and more. For more information, see Mrs Rogers or visit the website at http://uksa.org/

The Student World Fair is this Saturday, 18th March, at Emirates Stadium. TSW is the longest-running study abroad fair in the UK and is the only event in London, featuring over 40 universities from 15 countries, including many top-100 ranked institutions and country-specific seminars. More details are on the website here.

BPS World have a number of apprenticeship vacancies within recruitment and customer services in Maidenhead. They run an award winning programme called "Rising Stars" and are currently recruiting. If you are interested, do get in touch with them on 01628 857340 or email marianne.hatcher@bps-world.com.

Are looking to gain more work experience? This scheme may be for you.

The programme allows students to gain skills and work experience that are transferrable to a wide range of contexts. If you know of any students who would like to get involved in the Norden Farm Leadership Programme please point them towards the application and information page. If you have any questions about the programme, please don’t hesitate to get in touch with Robyn Bunyan, Education Manager on 01628 682563 robyn.bunyan@nordenfarm.org