Shayne is using Smore newsletters to spread the word online.

Get email updates from Shayne:

To What Extent Can Prejudice Be Overcome?

Prejudice impacts so many people each and everyday. The word alone puts people in fear. Highly respected individuals could have people put in jail because they looked or acted differently then themselves. According to the novel "Tell the Wolves I'm Home", you could have gone to jail for giving someone AIDS.

I believe the key word in the question is 'extent'. As difficult as it is for me to admit, the world will never be rid of discrimination and prejudice. However, I like to think that in the future we will reach a day where we can say that all acts against people are near abolished. Unfortunately, there will always be that one person who has their strong opinions about marriage being between a man and a woman.

The prejudice that presented itself in the novel was the opinion of homophobia, typically in the 1980's. The world first got a glance at the harmful epidemic known as AIDS around the year 1982. It wasn't until years later that people began to view this disease as severe. In the novel, the form of prejudice mostly radiates off the main character's older sister, Greta. She tries numerous times to convince the main character that giving one AIDS is a form of murder when it fact it's not. In no way was it intentional or meant to harm. For a while, the main character begins to believe her older sister but fortunately, she has an opinion of her own and believes her own views.

"I had no idea how greedy my heart really was."

This quote is a perfect statement explaining that we're all greedy in our own ways without even realizing it. Some people demand love and others thrive on the idea that everyone should be heterosexual. We all like to think we're selfless but in the end we all want something. If we were all passionate toward positive changes including putting an end to homophobia and other various forms of prejudice then perhaps our future could change for the better.

"Dictionary definitions of the word 'marry' include 'to join as husband and wife according to law or custom'."

The true unspoken definition of the word is a union between two people who love each other. It's prejudice and just flat out unfair for society to put out harsh rules forbidding people to legalize their love. 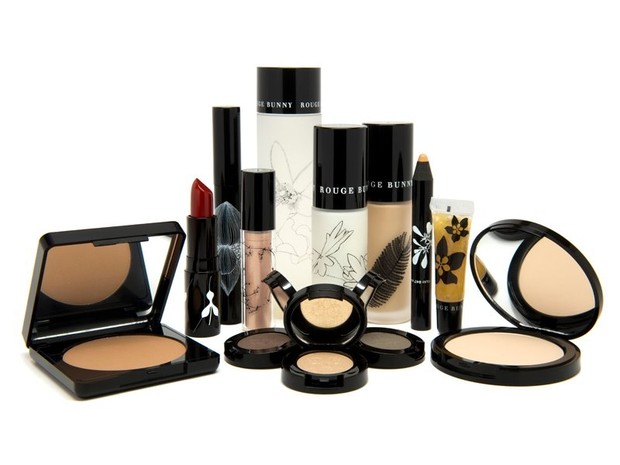 Makeup is symbol I have chosen to represent the form of prejudice that is homophobia. Men have worn makeup for hundreds of years and not only to broadcast their sexuality. In Shakespearean times, men portrayed women in plays and lathered on ounces of makeup to add to the illusion that they were playing a role in a play. During the 1980's, men would often were eyeliner to appear more feminine or simply because they admired the look of it. For many years there has been an ongoing debate regarding whether men wearing makeup should be allowed or not. Some individuals believe it takes away from ones manhood and goes against certain religions-much like homosexuality. I, myself, view things from the other side of the argument stating that people are free to look and act as they choose. If a man wishes to display concealer on his face then who are we to criticize. If a man loves another man or a woman loves another woman then who are we to judge?

"Because maybe I don't want to leave the planet invisible. Maybe I need at least one person to remember something about me."

This quote is very deep and powerful because it reflects every single person in one way or another. We all want to feel like we belong and we all crave this feeling called love. 'Everyone' includes people from all different cultures and backgrounds and people of different sexualities. The word 'everyone' doesn't discriminate, so why do people?

"When he told his older brother about the affair, Arthur insisted he return to therapy to 'cure' what he saw as an affliction. Most people at that time believed homosexuality was a mental illness and Arthur thought treatment would help his brother find happiness."

This quote talks about Larry Kramer's (a gay activist from 1950-present) life while growing up in the 1930's. It's traumatic to think that this was the reality at the time. It seems like we've come so far but people only began to pay attention to the matter nearly 40 years ago. To make it worse, humanity's push towards this issue was only when AIDS became an epidemic in the gay community. You cannot 'cure' someone of their sexuality.

"The Catholic Medical Association believes that sexual orientation is not determined by a 'gay-gene' and that 'same-sex' attraction is preventable."

Following the same theme as the previously selected quote, homosexuality is no mental illness. This quote implies that people have the choice of who they love and have the ability to change their sexuality at any point in time. The fact that this was stated by a religious medical institution certainly increases the amount of prejudice in this quote.

We Shall be Free ~ Gay and Lesbian

“You can build a whole world around the tiniest of touches.”

Instead of building a whole world, this quote reminds me of how we as people can build 'up' a whole world. The smallest of things can have such a drastic affect on society. It takes one act of kindness to make someone's day or turn the world around but it's just as simple to knock someone down. It's the little things that matter but it's the little, positive things that matter in the end.

Shayne is using Smore newsletters to spread the word online.