Get email updates from laisha:

Are you looking for an inexpensive, rich land. Maybe for a new start in life?

Stephen F. Austin treats everyone in his colony like a big family, helps out his people by giving to those in need. Each acre costs about 12.5 cents each, that's cheap right there! 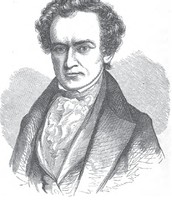 Don't worry he might look nasty meanish lookin' but trust me he's a nice man, who cares allot about his colonists.

look at this just 12.5 cents an acre for this beautiful land, great for farming and ranching

Lots of wood to go around, just don't over use the trees please.