He was educated by puritans at Westminster and studied mathematics and medicine at Christ Church College at Oxford. John was given government jobs witch he served with Shaftesbury. Locke wrote and developed the philosophy that there was no legitimate government under the divine right of kings theory. The Divine Right of Kings Theory asserted that God chose some people to rule earth in his will. "Though the familiar use of the things about us, takes off our wonder; yet it cures not our ignorance."

Robert Boyle a chemist is a friend of Locke. Locke's father died in 1661.In 1682 he meets Damaris Cudworth daughter of Ralph Cudworth. John makes Oates the residence of sir Francis and Lady Masham, his permanent home. 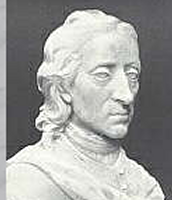 John Locke lived up to 72 years 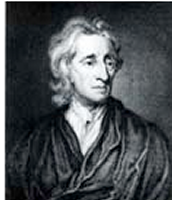 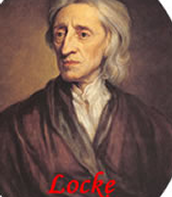