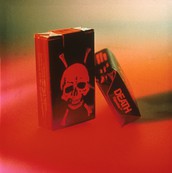 By JoAnne Viviano
The Columbus Dispatch

Ohio ranks 30th among the states when it comes to money budgeted for programs aimed at preventing tobacco use and helping users quit, according to a new report from several advocacy groups.

It shows that for fiscal year 2018, the state has budgeted $12.5 million for tobacco prevention and cessation programs.

That’s just 9.5 percent of the $132 million recommended by the federal Centers for Disease Control and Prevention. It’s also nearly 33 times less than the $407 million that the tobacco industry spends on marketing in Ohio.

“Ohio has some of the highest youth and adult smoking rates in the country, so it’s particularly important that states like Ohio invest more in programs that are proven to prevent kids from smoking and help smokers quit,” said Vince Willmore, a spokesman for the Campaign for Tobacco-Free Kids.

Smoking kills 20,000 Ohioans each year and is responsible for 30.1 percent of the state’s cancer deaths, the report says. And Ohio’s annual health-care costs attributable to smoking amount to $5.64 billion, with each household in the state facing a $1,077 tax burden due to government expenditures related to the habit.

“This is an addiction epidemic that is overlooked,” said Jeff Stephens, the Ohio government relations director for the American Cancer Society Cancer Action Network.

“As this reports so clearly identifies, the tobacco industry just continues to be masterful in resourcing its quest towards securing new customers into that lifetime of addiction.”

The Ohio Department of Health is focused on using tobacco funds to work toward sustainable change through policy, spokeswoman Melanie Amato said.

We can find many people glued to a small electronic device here and there. One of them might be ourselves. There could be more than ten reasons why people use a smartphone, but a recent study might make people think about ditching their digital friends altogether.

A study conducted by the researchers at Korea Universty has revealed that prolonged use of mobile devices could impact the chemical balance of people’s brain. It was presented at the annual meeting of the Radiological Society of North America.

The team, led by Dr. Hyung Suk Seo, with the help of Magnetic Resonance Spectroscopy (MRS), examined the impact of smartphone usage and changes to the brain’s chemistry on a group of 19 people diagnosed with smartphone addiction.

There were 9 males and 10 females in the group having 15.9 years as the mean age. Out of the 19 teenagers, 12 were given cognitive behavioral therapy that went for nine months.

Through standardized tests, multiple questions were put in front of the people to analyze how smartphone and internet affect their daily routine, sleeping patterns, social life, etc. The tests were performed before and after the cognitive behavioral therapy.

According to Dr. Seo, teenagers who had a higher intensity of addiction had a higher score in depression, anxiety, insomnia activity, and impulsivity. This is due to an imbalance of brain chemicals including GABA (Gamma Aminobutyric Acid) and Glx (Glutamate-glutamine). Their task is to slow down brain signals and electrically excite neurons respectively.

The researchers found that the GABA to Glx ratio significantly decreased after the cognitive behavioral therapy. Medical treatment might be able to reduce the adverse effects of smartphone addictions. But what’s more important is we should limit our usage of smartphone and internet as the addition of them is already on the rise.

However, it can’t be denied that these things have become more of a necessity than the luxury they were a decade ago. Earlier, this year, a therapist concluded that smartphone addiction is equal to drug addiction. The situation gets worse when we have companies which try to make habit-forming products. 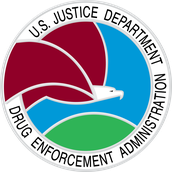 ‘We feel like our system was hijacked’: DEA agents say a huge opioid case ended in a whimper

The Washington Post By Lenny Bernstein and Scott Higham December 17 at 6:00 AM

After two years of painstaking investigation, David Schiller and the rest of the Drug Enforcement Administration team he supervised were ready to move on the biggest opioid distribution case in U.S. history.

The team, based out of the DEA’s Denver field division, had been examining the operations of the nation’s largest drug company, McKesson Corp. By 2014, investigators said they could show that the company had failed to report suspicious orders involving millions of highly addictive painkillers sent to drugstores from Sacramento, Calif., to Lakeland, Fla. Some of those went to corrupt pharmacies that supplied drug rings.

The investigators were ready to come down hard on the fifth-largest public corporation in America, according to a joint investigation by The Washington Post and “60 Minutes.”

The DEA team — nine field divisions working with 12 U.S. attorney’s offices across 11 states — wanted to revoke registrations to distribute controlled substances at some of McKesson’s 30 drug warehouses. Schiller and members of his team wanted to fine the company more than $1 billion. More than anything else, they wanted to bring the first-ever criminal case against a drug distribution company, maybe even walk an executive in handcuffs out of McKesson’s towering San Francisco headquarters to send a message to the rest of the industry.

“This is the best case we’ve ever had against a major distributor in the history of the Drug Enforcement Administration,” said Schiller, who recently retired as assistant special agent in charge of DEA’s Denver field division after a 30-year career with the agency. “I said, ‘How do we not go after the number one organization?’ ”

But it didn’t work out that way.

Instead, top attorneys at the DEA and the Justice Department struck a deal earlier this year with the corporation and its powerful lawyers, an agreement that was far more lenient than the field division wanted, according to interviews and internal government documents. Although the agents and investigators said they had plenty of evidence and wanted criminal charges, they were unable to convince the U.S. attorney in Denver that they had enough to bring a case. 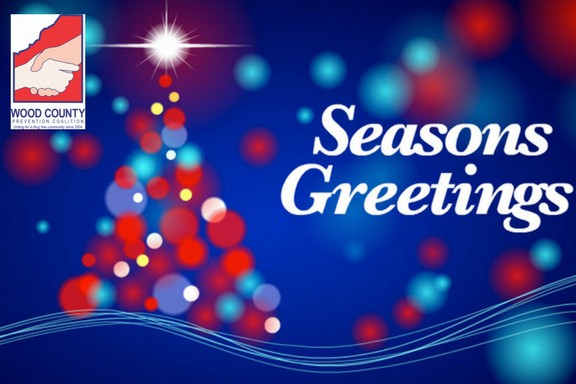