After staying out of the war for 3 years, in April of 1917 America declared war on Germany. The tired allies were excited for another country to help. But first, we needed an army.

America started getting troops together but they needed to do it fast. With Germany fighting strong and the allies weakening, they gathered troops and joined the war.

Led by General John J. Pershing, the American Expeditionary Forces was a group of the army that was stationed in Europe during world war one. This was a very strong group of people who helped USA win the war

This was a proposal pf peace that ended the Great War. This was proposed in 1918 and was the beginning to the stop of the greatest war those people have ever seen. 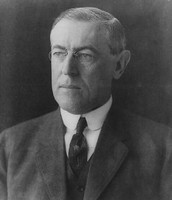