Place Based Learning in Togiak, AK

A reflection on my rural practicum by Emily Smith

Place Based Learning in Togiak, AK

A reflection on my rural practicum by Emily Smith 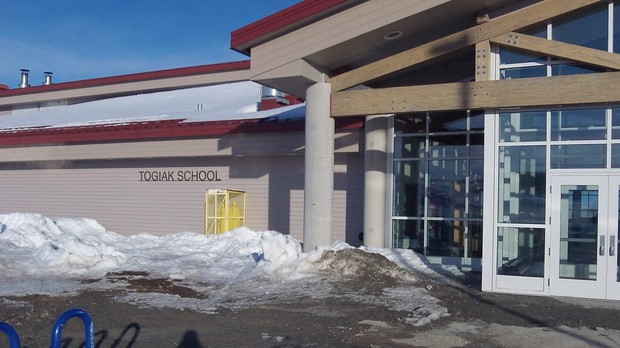 The Problem with a Standard Curriculum

In Togiak, Alaska, the average student's daily life is so different from an average student going to school elsewhere in the United States that students may have a hard time connecting to the material. This hidden bias against students with atypical life experiences can pop up in textbooks, on tests, and even in the classroom teacher's instruction. While spending time in Togiak School, I found many instances where students had a hard time understanding the material because they did not have sufficient background knowledge. The main source for this problem came from the fact that teachers were expected to stick to the curriculum and not encouraged to supplement it with other materials.

A question asking students to estimate the size of a 30 story building is made much harder when you have no internal frame of reference for what the problem is asking.

Despite the pressure to use scripted programs and teach from the text book, many teachers found ways to help students make connections to Togiak. For example in the middle school science class, students were challenged to find uses for vascular seedless plants. Many students could find the book answers by going back to their text, but it was obvious from the "Oh, Duh!" shouted out in the room that the real personal connection was made when one student pointed out that they use ferns to make green eskimo ice cream. Further connections to the Yupik culture were made when the para came into the room and instructed Mr. Lee on how to spell the Yupik word for it, Akutaq. I also saw teachers try to help students make connections during their instruction by either explaining through analogy to familiar things or by telling personal stories. This attempt by the teachers to begin forging connections is deffinately a sign that the teachers recognize the need for supplements to the curriculum. 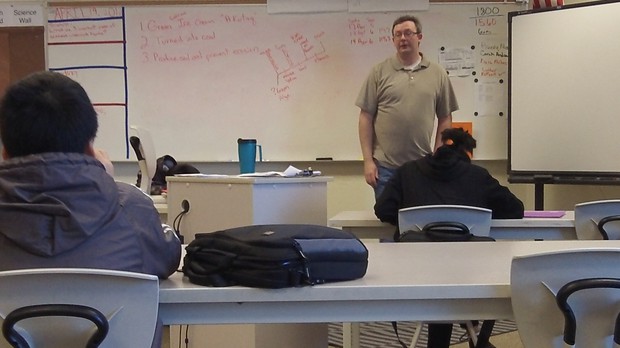 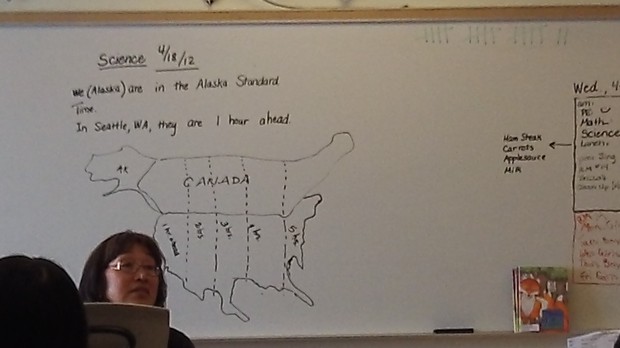 I was impressed by how the main teacher that I worked with, Fanny Parker, took time during the day to teach her 5th grade class songs in Yupik. Fanny explained to me that the school was getting ready for culture week; a time when the whole school celebrates their culture. The songs were great, but it was obvious that Fanny felt like getting ready for one week was not sufficient instructional time for such a vital part of her students' education.

Fanny also teaches a Yupik class at the high school level. In addition to preserving their language, students were learning traditional crafts such as sewing seal skin mittens, beading, and carving. The students in the class were very engaged in the lessons; however, waiting until high school to teach students is not the most effective way to teach a language especially when the school has teachers and many aids who are fluent Yupik speakers in the elementary school.

Thoughts on Teaching in Togiak

The teachers that I saw in Togiak School definitely understood the value of helping students make a connection between their community and the curriculum; however, their efforts to follow scripted programs and textbooks often left the placed based education out of their teaching. I think that finding ways to integrate the culture and collaborate with the community would greatly benefit the students. What is more, finding ways to integrate the culture of the community of Togiak into the curriculum could serve as a mode of cultural preservation among the youngest generation of the community. Teaching the language and traditional ways of doing things is something that was very important to the native teachers and aids, and I think it would benefit the school to act on these desires. In the community of Togiak, there is an obvious disconnect between the community and the school. I think that taking steps to show the community how valuable their ways of knowing are could be a way of starting to mend the rift. While there were some great practices already in place, there were still many areas where the school could continue to foster place based education in Togiak.