Dayna is using Smore newsletters to spread the word online.

Get email updates from Dayna: 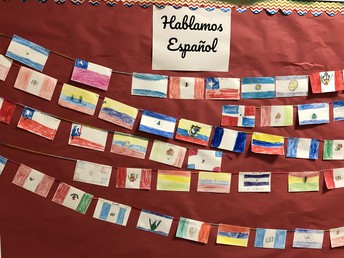 I am delighted to be teaching Spanish this year with the Clairemont Elementary Bulldogs! I am a Georgia-native and studied Spanish formally at the University of Georgia and also through study-abroad programs at the University of Guadalajara, México and Georgia Tech's Cuba study abroad program. My professional experiences include working in business and government sectors with colleagues from around the Spanish-speaking world.

For the first few months of this school year, students in Kindergarten are learning to identify the colors, numbers, and how to follow classroom instruction in Spanish. We are learning the ABC's in Spanish through song, music, and sign language.

1st graders are practicing writing and reading skills in Spanish. We have learned how to spell out the numbers one through twenty and also practiced counting through stories and song.

While some students may speak Spanish already at home or through extracurricular activities, we are practicing writing and reading as well. I work to have students who already speak some Spanish collaborate in groups with classmates exposed to the language for the first time.

Students really enjoy having game day - where we have played Bingo with colors and shapes, and numbers. Through music, games, and play, we will continue learning Spanish over the course of the year to build vocabulary and fluency.

Students will build on their Spanish-language skills, both written and spoken.

All grades will be learning about seasons, the calendar, and community helpers during the months of September and October. 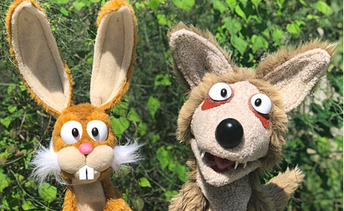 At the Center for Puppetry Arts - Animal Amigos - Bilingual (Sept. 4-15)

There's a traveling show now in Atlanta that you might want to check out! Gather ‘round the Tree of Life for retellings of delightful Mexican folktales. Hear the story of Medio Pollito, the little half-chick born with one leg, one wing, one eye, and half a beak! Laugh as Rabbit outsmarts hungry Coyote again and again. Themes: World folklore, Spanish language, overcoming adversity, friendship, animals

Online Learning: Check out this PBS Kids link for some great educational videos and interactive games in Spanish with characters that children know and love: https://gpb.pbslearningmedia.org/subjects/world-languages/spanish/ 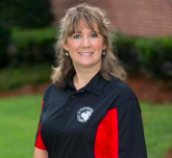 Dayna is using Smore newsletters to spread the word online.