Get email updates from Kendra:

In Reading class we began reading Mrs. Frisby and the Rats of NIMH. We will focus on literary elements that can be found in all fiction writings. This coming week we will work on the use of "flashback" as a literary tool within our book. Students have been working hard to complete two Achieve 3000 articles a week. Many students earned the opportunity to play dodgeball with Mr. L this past Friday because they scored an 88% or higher on the Activity portion of their Achieve article. Students are also part of a game economy where tickets can be earned for our 5th grade auction.

Students took the STAR reading test and AR reading goals were assigned. Students had an opportunity to take a few tests already. We encourage you to read along with your child nightly as well. AR goals should be met by October 14th for the 1st grading period.

In Writing class we are focusing on using proper paragraph structure. An opening sentence, supported body with power vocabulary and a summary statement. This next week we will focus on writing a summary paragraph and informative science paragraph.

Next week students will take a test on Chapter 1 on Tuesday. Students will be given a study guide to complete in class on Monday. We will review the answers together and students will be encouraged to study from this for Tuesday's test. The next chapter will cover multiplication and division. We will begin by multiplying large numbers by 10, 100 and 1,000 (also known as multiplying by powers of 10). I have included a video below on

explaining patters in zeros when multiplying by a power of ten.

Explain patterns in zeros when multiplying by a power of ten

We would like to introduce you to the 5th grade team of teachers that will be working with your child this year: 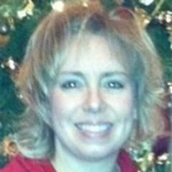