For each module, we have all of the required central texts. We also have many of the recommended texts (in many cases, not all). Information found on Engage NY.

The Scoop on Clothes, Homes and Daily Life in Colonial America (350360)

Travel back to a time when: All children wore dresses even boys. Chasing a pig was a form of entertainment. Step into the lives of the colonists, and get the scoop on clothes, homes, and daily life in colonial America.

What kind of food would you eat in colonial times? What did colonial people wear? Readers learn about the fascinating lifestyle of the colonists.

This newly revised book contains all kinds of interesting facts about the first people who lived in New York. You will learn about the different Native American tribes that have called New York home and the beliefs and practices that make them unique. And, you will find out where the tribes of New York are located today.

For young Samuel Russell, the summer of 1777 is a time of fear. The British Army is approaching, and the Indians in the area seem ready to attack. To Stands Straight, a young Abenaki Indian scouting for King George, Americans are dangerous enemies who threaten his family and home. When Stands Straight's party enters the Quaker Meetinghouse where Samuel worships, the two boys share an encounter that neither will ever forget. Told in alternating viewpoints, The Arrow over the Door is based on a true story.

What was life like before electricity, gas stoves, and the telephone? Students will have fun learn what life was like hundreds of years ago. From clothing and food to games and school, readers will find out about day-to-day life during the colonial times.

The Scoop on School and Work in Colonial America (350501)

Travel back to a time when: Navigation was a common elementary school course. Doctors didn’t need a college education. Step into the lives of the colonists, and get the scoop on school and work in colonial America.

In 1756, New York State was still a British colony, and the French and the Indians were constant threats to Edward and his family. When his father was called away to watch for a raid from the north, only Edward was left to protect Mama and little Trudy. His father had shown him how to use the huge matchlock gun, an old Spanish gun that was twice as long as he was, but would Edward be able to handle it if trouble actually came?

Everybody knows Crash Cogan, seventh-grade football sensation. He's been mowing down everything in his path since the time he could walk, and Penn Webb, his dweeby, vegetable-eating neighbor, is his favorite target. After all, Webb's not just a nerd, he's a cheerleader too. Crash and his buddy, Mike can't think of anything more hilarious than making Webb's life miserable. But Crash starts to realize that Webb has something he may never gain, no matter how many touchdowns he scores. And when Mike takes a prank too far, maybe even for Crash, the football star has to choose which side he's really on. Teacher guide included.

Twelve-year-old Catherine just wants a normal life. Which is near impossible when you have a brother with autism and a family that revolves around his disability. She's spent years trying to teach David the rules from "a peach is not a funny-looking apple" to "keep your pants on in public" - in order to head off David's embarrassing behaviors. But the summer Catherine meets Jason, a surprising, new sort-of friend, and Kristi, the potential next-door friend she's always wished for, it's her own shocking behavior that turns everything upside down and forces her to ask: What is normal? Filled with humor and warmth, Cynthia Lord's debut novel takes a candid and sensitive look at feeling different and finding acceptance - beyond the rules.

Eleven year old twins, Ohkwa’ri and his sister, Otsi:stia were well-respected children of the Bear Clan in Kanatsiohareke Village (in modern day New York state) in the late 1400s. One day, Ohkwa’ri overheard an older youth, Grabber, and his friends plan a raid on a neighboring village. On the advice of his sister, he informed clan leaders, who then thwarted the idea. Ohkwa’ri realized he needed to be ever watchful of Grabber, whose resentment was clear. At a Tekwaarathon (lacrosse) game to honor an Elder, Grabber took advantage of an opportunity to hurt Ohkwa’ri, but the outcome surprised everyone. 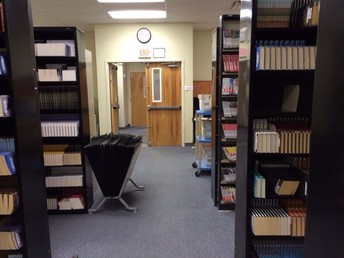