American University Speech was John F. Kennedy speech of how people should get along even more. In 10 June 1963 in Washington D.C. The ceremony began earlier, so the cameras will miss the first part of his speech.
But he said that "Let us examine our attitude toward peace itself. Too many of us think it is impossible. Too many think it unreal. But that is a dangerous, defeatist belief. It leads to the conclusion that war is inevitable, that mankind is doomed, that we are gripped by forces we cannot control.
But clearly he said everyone should get along. Just because the color, that doesn't supposed to be that we are different, it means it supposed to get us together even more. 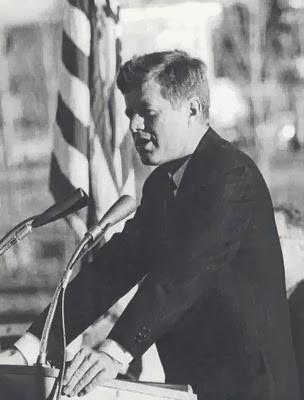