Get email updates from Debbie: 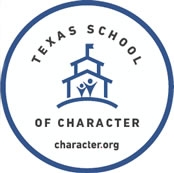 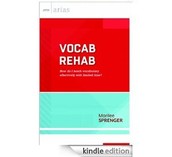 Vocab Rehab: How do I teach Vocabulary Effectively with Limited Time?

This 39 page booklet is one of a kind for incorporating quick and easy to use vocabulary building strategies. Numerous fun and challenging activities for word wall review and interaction are clearly stated in this easy to read booklet. One suggestion for teaching vocabulary effectively in a limited time is to set aside ten minutes a day for engaging students in mini-lessons that impact and elevate communication skills. Definitely, a brain friendly resource for building enriched vocabulary!

Buy it on Amazon - Vocab Rehab: How do I teach vocabulary effectively with limited time? (ASCD Arias)

Life Principle: Temperance
Definition: Moderation in action, thought, or feeling
Related Quote: "The key to everything is patience. You get the chicken by hatching the egg, not by smashing it." -Arnold H. Glasow
Related Fable: The Goose and the Golden Eggs (P:50)*
Literature Connection: Duncan and Delores by Barbara Samuels
Thy Friend, Obadiah by Brinton Turkle 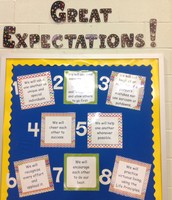 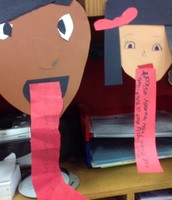 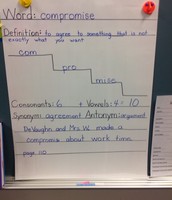 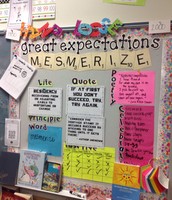 So Many "Great" Things! 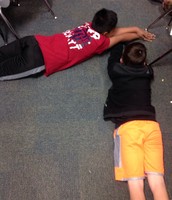 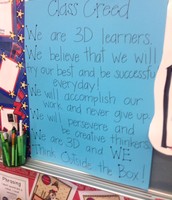 English can be a tricky language to learn. Once kids can read confidently, show them these fun riddles and jokes.

Q. Which letter of the alphabet has the most water?
A. The letter C.

Q. What begins with T, finishes with T and has T in it?
A. A teapot

Q. What word begins and ends with an ‘e’ but only has one letter?
A. Envelope

Q. How many letters are there in the English alphabet?
A. There are 18. Three in ‘the’, seven in ‘English’ and eight in ‘alphabet’.

Q. What is the longest word in the English language?
A. Smiles - Because there is a 'mile' between the two S's.

Q. Which word is the odd one out - Stun, Ton, Evil, Letter, Mood, Bad, Snap, Straw?
A. Letter. If you read them all backwards, letter is the only one that does not make another word.

Q. What four days of the week start with the letter T?
A. Tuesday, Thursday, today and tomorrow.

Q. What occurs once in every minute, twice in every moment and never in a thousand years?
A. The letter M.

Q. What occurs twice in a week, once in a year but never in a day?
A. The letter E. 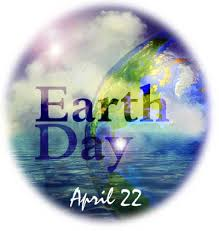 Celebrate Earth Day and help your students learn about a variety of environmental issues. Some topics may include:

Reading books, watching documentaries, and having discussions are a few ways you can cover these issues. Click on the link below to discover more ways to teach about environmental issues.

Dates to Remember in April 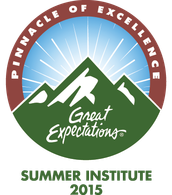 Facebook @djkerrigan
Contact me to learn about GE and how to attend one of our dynamic summer institutes.
1269 Fox Hunt Trail, Willow Park, TX, United States debbie@geok.org (682) 226-1985 greatexpectations.org