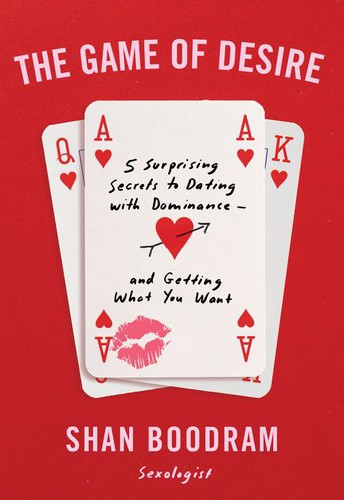 The Game of Desire

Women: gain control and confidence in your love lives and find the relationship you want with this modern, life-changing guide from the certified sex educator, intimacy expert, and YouTube personality.

For younger generations, dating is a complicated mystery. Apps like Tinder and Bumble are supposed to foster connection, but instead serve as a reminder of how painfully single we are.

Certified sexologist and intimacy coach Shan Boodram—the most sought-after sex educator on the internet—is about to change all that. In this essential how-to guide, she addresses the realities of life today—when the rules of love and attraction are fluid—and teaches a group of young women how to become master daters in just sixty days.

It starts with you. Shan makes clear that love and self-discovery go hand in hand—your dating life is just as much about you as it is about other people. She challenges you to look inside yourself for what you want out of a partner, a relationship and, most important, yourself. Once you figure out what you want from dating, she shows you exactly how to get it. The Game of Desire empowers you to take the lead, learn your strengths, and identify and correct your weaknesses, all the while getting inspired watching a group of women learn how to succeed in today’s dating pool.

While many books tell women why they can’t get a date, Shan teaches you the skills and techniques necessary to take charge in today’s competitive and often confusing dating scene, providing the tools essential to attract—and retain—the partner(s) you want. From learning love languages to debunking dating myths, she helps women build knowledge and confidence.

Featuring conversational case studies, comprehensive facts about the psychology of sex and romance, and expert insight into sex culture, and written with her trademark humor and charm, The Game of Desire is a must for all of Shan’s fans and for every woman struggling to feel loved and desired. 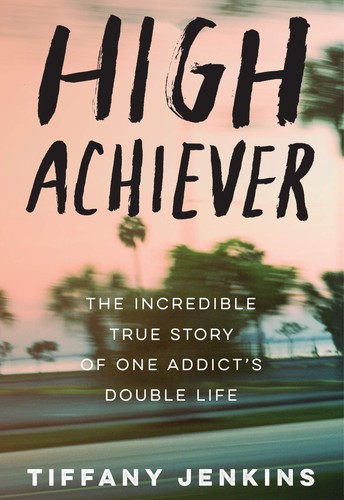 A few years ago, Tiffany Jenkins was detoxing behind bars at a Florida prison, incarcerated on 20 felony charges. Now, she's clean and sober, a married mother of three. As she found her way in her new life, she started sharing on social media as an outlet for her depression and anxiety. She struck a chord, several of her videos went viral (one with 46million views), and in the past year her following exploded from a few hundred thousand to more than 3 million.

The memoir opens in the Florida women's prison where Tiffany was incarcerated for 180 days. The memoir flashes back in time to the events that led to Tiffany's imprisonment (during the time of her active addiction, Tiffany was dating and living with a cop), and moves forward to her eventual sobriety. 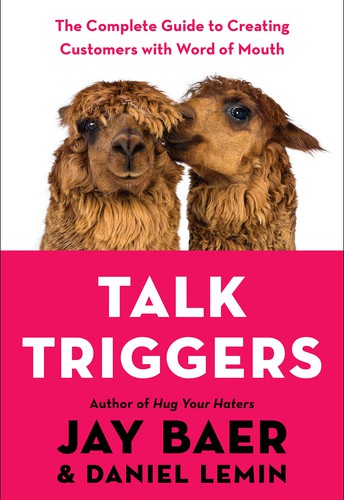 Talk Triggers: The Complete Guide to Creating Customers with Word of Mouth

Talk Triggers is the definitive, practical guide on how to use bold operational differentiators to create customer conversations, written by best-selling authors and marketing experts Jay Baer and Daniel Lemin.

Word of mouth is directly responsible for 19% of all purchases, and influences as much as 90%. Every human on earth relies on word of mouth to make buying decisions. Yet even today, fewer than 1% of companies have an actual strategy for generating these crucial customer conversations. Talk Triggers provides that strategy in a compelling, relevant, timely book that can be put into practice immediately, by any business.

The key to activating customer chatter is the realization that same is lame. Nobody says "let me tell you about this perfectly adequate experience I had last night." The strategic, operational differentiator is what gives customers something to tell a story about. Companies (including the 30+ profiled in Talk Triggers) must dare to be different and exceed expectations in one or more palpable ways. That's when word of mouth becomes involuntary: the customers of these businesses simply MUST tell someone else.

Talk Triggers contains:
- Proprietary research into why and how customers talk
- More than 30 detailed case studies of extraordinary results from Doubletree Hotels by Hilton and their warm cookie upon arrival, The Cheesecake Factory and their giant menu, Five Guys Burgers and their extra fries in the bag, Penn & Teller and their nightly meet and greet sessions, and a host of delightful small businesses
- The 4-5-6 learning system (the 4 requirements for a differentiator to be a talk trigger; the 5 types of talk triggers; and the 6-step process for creating talk triggers)
- Surprises in the text that are (of course) word of mouth propellants

Consumers are wired to discuss what is different, and ignore what is average. Talk Triggers not only dares the reader to differentiate, it includes the precise formula for doing it.

Combining compelling stories, inspirational examples, and practical how-to, Talk Triggers is the first indispensable book about word of mouth. It's a book that will create conversation about the power of conversation. 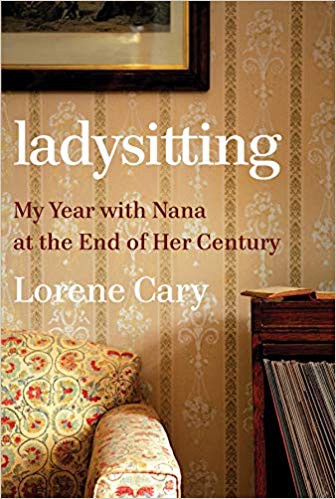 Ladysitting: My Year with Nana at the End of Her Century

From cherished memories of weekends she spent as a child with her indulgent Nana to the reality of the year she spent “ladysitting” her now frail grandmother, Lorene Cary journeys through stories of their time together and five generations of their African American family. Brilliantly weaving a narrative of her complicated yet transformative relationship with Nana—a fierce, stubborn, and independent woman, who managed a business until she was 100—Cary looks at Nana’s impulse to control people and fate, from the early death of her mother and oppression in the Jim Crow South to living on her own in her New Jersey home.

Cary knew there might be some reckonings to come. Nana was a force: Her obstinacy could come out in unanticipated ways—secretly getting a driver’s license to show up her husband, carrying on a longtime feud with Cary’s father. But Nana could also be devoted: to Nana’s father, to black causes, and—Cary had thought—to her grandchildren and great-grandchildren. Facing the inevitable end raises tensions, with Cary drawing on her spirituality and Nana consoling herself with late-night sweets and the loyalty of caregivers. When Nana doubts Cary’s dedication, Cary must go deeper into understanding this complicated woman.

In Ladysitting, Cary captures the ruptures, love, and, perhaps, forgiveness that can occur in a family as she bears witness to her grandmother’s 101 vibrant years of life. 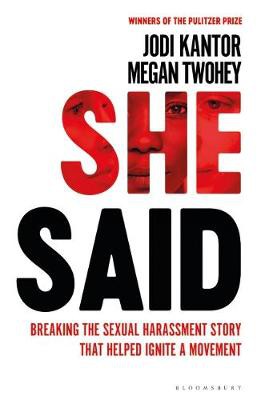 She Said: Breaking the Sexual Harassment Story That Helped Ignite a Movement

From the Pulitzer Prize-winning reporters who broke the news of Harvey Weinstein's sexual harassment and abuse for the New York Times, Jodi Kantor and Megan Twohey, the thrilling untold story of their investigation and its consequences for the #MeToo movement

For many years, reporters had tried to get to the truth about Harvey Weinstein's treatment of women. Rumors of wrongdoing had long circulated. But in 2017, when Jodi Kantor and Megan Twohey began their investigation into the prominent Hollywood producer for the New York Times, his name was still synonymous with power. During months of confidential interviews with top actresses, former Weinstein employees, and other sources, many disturbing and long-buried allegations were unearthed, and a web of onerous secret payouts and nondisclosure agreements was revealed. These shadowy settlements had long been used to hide sexual harassment and abuse, but with a breakthrough reporting technique Kantor and Twohey helped to expose it. But Weinstein had evaded scrutiny in the past, and he was not going down without a fight; he employed a team of high-profile lawyers, private investigators, and other allies to thwart the investigation. When Kantor and Twohey were finally able to convince some sources to go on the record, a dramatic final showdown between Weinstein and the New York Times was set in motion.

Nothing could have prepared Kantor and Twohey for what followed the publication of their initial Weinstein story on October 5, 2017. Within days, a veritable Pandora's box of sexual harassment and abuse was opened. Women all over the world came forward with their own traumatic stories. Over the next twelve months, hundreds of men from every walk of life and industry were outed following allegations of wrongdoing. But did too much change--or not enough? Those questions hung in the air months later as Brett Kavanaugh was nominated to the Supreme Court, and Christine Blasey Ford came forward to testify that he had assaulted her decades earlier. Kantor and Twohey, who had unique access to Ford and her team, bring to light the odyssey that led her to come forward, the overwhelming forces that came to bear on her, and what happened after she shared her allegation with the world.

In the tradition of great investigative journalism, She Said tells a thrilling story about the power of truth, with shocking new information from hidden sources. Kantor and Twohey describe not only the consequences of their reporting for the #MeToo movement, but the inspiring and affecting journeys of the women who spoke up--for the sake of other women, for future generations, and for themselves.