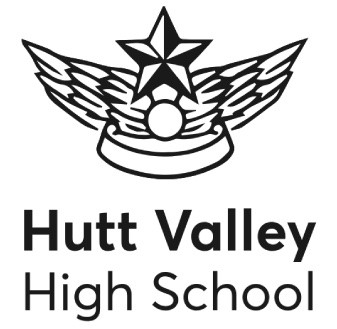 It is Tongan Language Week / Uike Kātoanga’i ‘o e lea faka-Tonga. This is a week to celebrate the culture and language of Tonga, a Polynesian kingdom of 169 South Pacific islands. You may have seen the Tongan flag flying from the flag pole.

Last week saw a very successful sports tournament week with students competing at venues all over the country. Results are included in this newsletter. I thank the coaches, managers, and supporters who travelled with and cared for our students. I was lucky enough to spend time at netball and women’s football and was impressed with the quality of play and the sportspersonship. 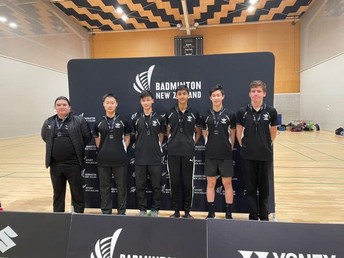 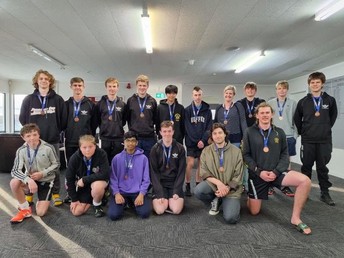 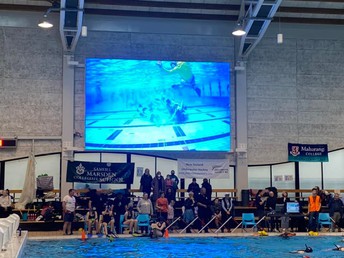 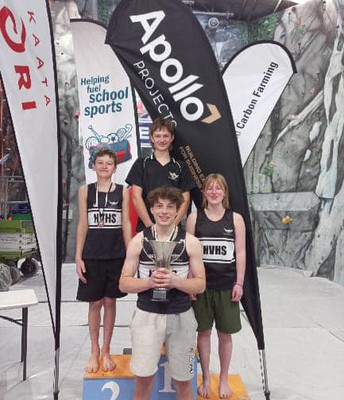 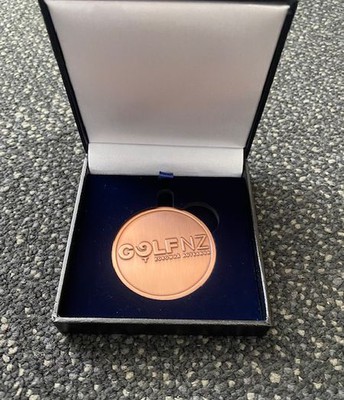 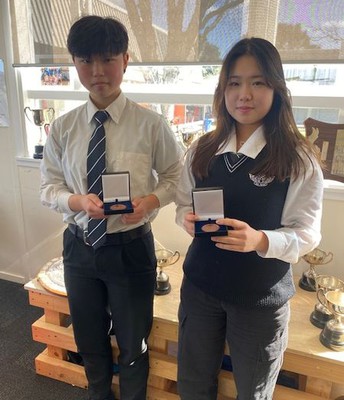 Hilary Smith (12CP) is amongst the finalists of the annual Mansfield Short Story Award with her story The Ceramic Mask. Hilary and her family have been invited to a prizegiving event at The National Library of New Zealand Te Puna Mātauranga o Aotearoa.

We were yet again represented by some stunning musical talent at Rockquest (Aotearoa's only nationwide, live, original music, youth event). Congratulations to Emerson Devos (13AL), and the two members of Stank Plankton, Theo Thompson (11BS) and Oscar Zuijderwijk (13VY) who were selected in the National Top 10 Solos/Duos. A fantastic achievement that saw them recording live in a studio last week.

Finally, I wish Jodie Murden good luck as she begins her new role as International Student Director in the school. Jodie has been the Principals' Assistant since 2009, and many of you have emailed or called her for advice on school processes over the years. Lana Goddard is the new Principals’ Assistant and will support the six senior leadership team members and the Business and Property Managers. Lana has also moved from a role in the Resource Centre to this new role.

An update from Katie Long (Head of Learning - Technology) on what's happening in our workshop classes and how HVHS is forming industry partnerships.

All students are working hard toward completing their construction projects and portfolios in the new Technology workshops. Everyone has settled in well to the fantastic layout and is using the space to its full potential. We have a wide range of projects on the go and the new workshops are proving to be extremely beneficial. All year levels from Year 9 to 13 utilise this workspace and work on projects in Product Design, Furniture and Engineering. 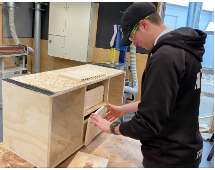 We have been in connecting with local companies in the Hutt Valley from the start of the year so that we can tailor our courses to better prepare students for the workplace. A part of this involves students going out on placement once a week to help students connect what they are learning in class with how it applies to the workplace. We now have partnerships with MJH Engineering and ATCO Steel Developments. We are hoping to grow our contacts so that we can include other Technology areas and become better aligned with industry throughout all of our areas. 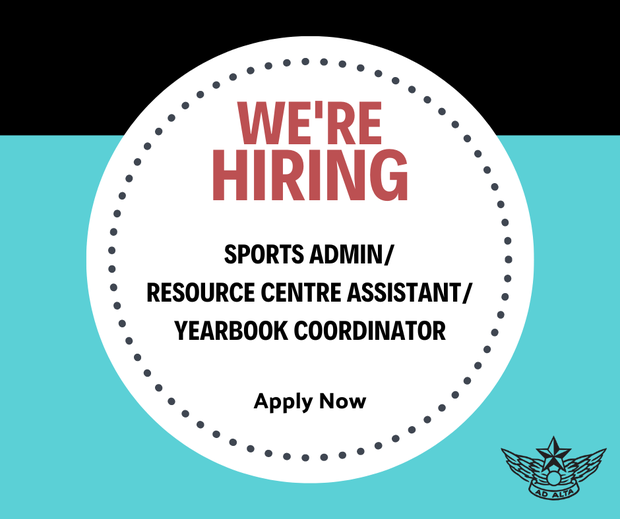 Do you like to provide excellent customer service and enjoy working with young people? We are seeking an enthusiastic person to work in some exciting areas of the school. You will be someone who thrives in a busy environment, have good problem solving skills, strong administrative and organisation skills, be able to coordinate people and projects while working as part of a team.

This is a full-time permanent position mainly during term time only (some additional time during the holidays at the beginning and end of the year or as negotiated). A position description and application form can be obtained from the school office, on our website www.hvhs.school.nz or by emailing lana.goddard@hvhs.school.nz. We are now receiving applications and these must include our application form, your CV and covering letter and can be emailed to the above address. Applications close on Friday 23 September at 4.00 pm. 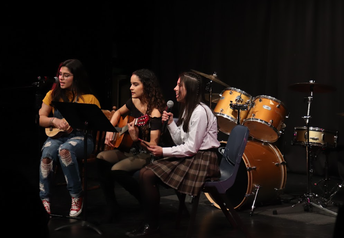 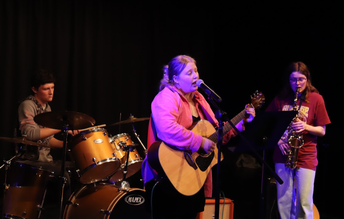 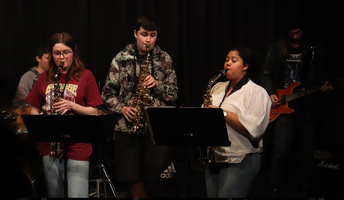 Kia ora! On Friday 2 September we had a performing arts show to fundraise for the Wellington Cancer Society and celebrate the massive amount of talent we have at Hutt Valley High School. We had various drama, dance and music pieces performed by students across the year groups. We were even lucky enough to have some of our international students from Brazil perform for us.

It was a great opportunity for our community to come together again after a few years of not being able to. The show was also a great chance for all three performing art departments to come together and celebrate each other.

The show started at 6pm with a drama performance by a group of year 13 students. This was followed by dances from the rock n roll club, Showquest and duos and solos students had come up with. The coffee shop opened at intermission and the night ended with band performances by a year 13 group and jazz band as well as the exchange students.

We are so lucky to be able to start inviting the community in to watch our incredibly talented students again. 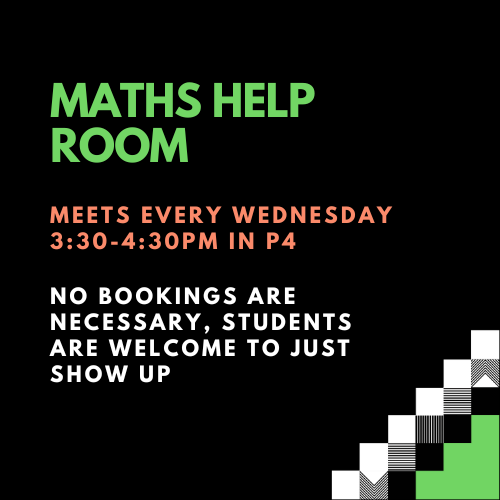 Maths Help for All Year Levels and Abilities

Students receive individualised help from HVHS's fantastic Maths Teachers. Students can bring their own work or our Maths Teachers can help them find work. Maths Help is open to all year levels and abilities.

No bookings are necessary, students are welcome to just show up. For any questions, please contact Jill Skinner (Maths Teacher) at jill.skinner@hvhs.school.nz. 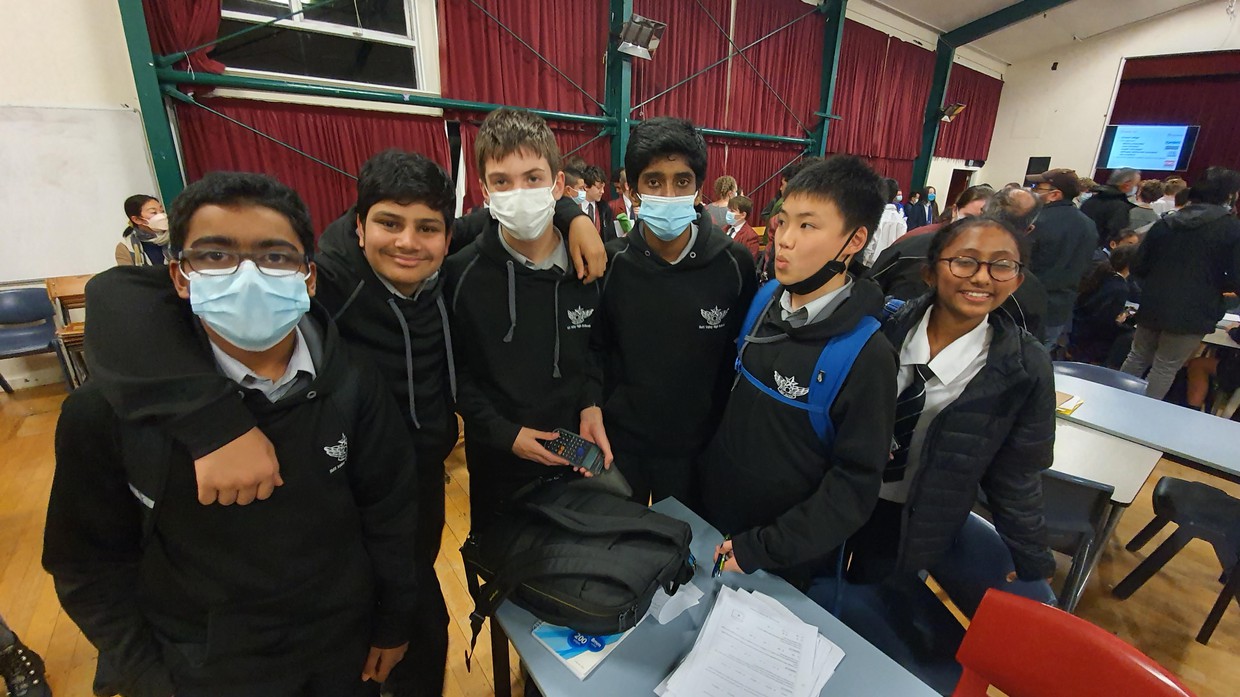 Our Premier Sports Awards Evening is being held this Monday (12 September) in the school hall. We encourage all our Premier team players, coaches and managers to come along and celebrate a successful year of sport at HVHS. The evening will start with a light supper from 5.30pm with the Awards starting at 6pm.

Attendees are required to RSVP for numbers, please complete this form: https://forms.gle/ob4xUbQ337aX416XA

Earlier in the week, Denise Johnson (Principal) drew the JBL speaker raffle prize for Caleb Beattie (13HM) and Jack Collins (13RD), who represents the team called The Crafty Ones. This team has been part of the Year 13 Employment Ready community projects which involve groups giving back to the community while developing their communication and self-management skills.

The Crafty Ones have run movie nights and raffles to raise $700 for the Salvation Army Food Bank. Next week they will have the task of going shopping for grocery necessities and then the pleasure of presenting their efforts to Judith who is their food bank representative.

In the last newsletter Boob Bye, another community service group was pictured running a Pink Ribbon Breakfast event for the Breast Cancer Foundation which raised $500 for breast cancer research. 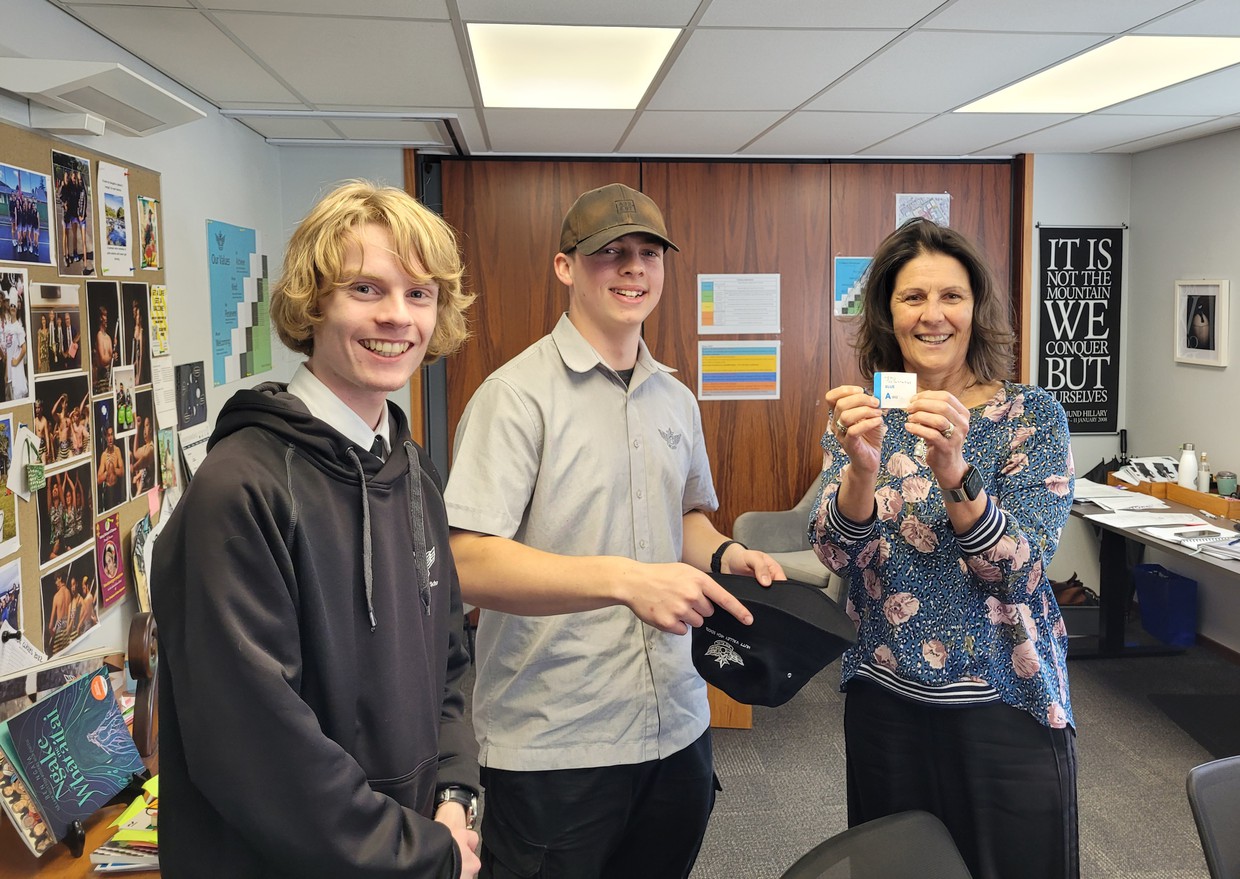 Lots of fantastic achievements from students competing at the New Zealand Secondary Schools Tournament Week including:

- Jamie Birchler (9RUMO) placed 3rd and Will Browne 6th in the Junior Boys, and Jess Young (10CWOA) 7th in the Junior Females. These three climbers along with Mac Duggan (11SP) also won Top School at the event.

The Rugby 1st XV Boys were winners of the Captains Trophy Quadrangular Tournament.

Congratulations to the following students and teams for their results:

- Football Y11 Boys were undefeated all season and winners of the College Sport Wellington Y11 grade.

- Asher Pasia (12PD) was named in the All Stars Basketball tournament team who are competing tomorrow (10 September) in Kapiti Coast.

Congratulations to Alumni Hannah Kells and Antonia Hamilton for their selection to the New Zealand Indoor Cricket Women's U22 team. 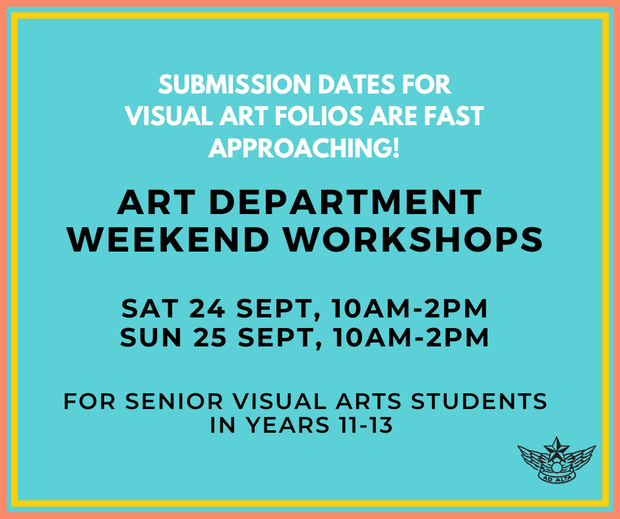 HVHS hosted the annual Wellington regional Japanese speech competition this year. Our students preserved through a chaotic year and produced a fantastic range of speeches, performing well across all year groups. The representative from the Japanese Embassy was particularly impressed and said the students had lots of original ideas - from analysis of Japanese conscientiousness to comparisons between the Japanese tea ceremony and a classic Kiwi barbecue. Thanks to Sarah Langley for helping organise and host the competition here, and congratulations to all the participants!

accepted by the NZ School of Music/Victoria University of Wellington - Eloise Edmonds (13VE) on saxophone and Dan Walker (13YU) on violin both passed their auditions.

Former students Karlo Margetic and Simon Eastwood have recently had compositions performed at the International Society for Contemporary Music Festival in Auckland (the first time in its 100-year history that this organization has been in NZ) and at the Asian Composers League Festival and Conference held in Christchurch. Karlo Margetic won the New Zealand Composition section, and Simon Eastwood is the President of the Composers Association of New Zealand which organized both events.

a Wednesday evening to an enthusiastic audience. The school Orchestra gave their first

increasing repertoire. The Jazz Band and the Saxophone Quartet impressed with their

Trio with great beauty and clarity of articulation contrasted with appropriate dynamism, and

Anugrah Alookaran Jos (11NA) played solo classical guitar drawing us into the delicacies of the instrument. The Crossover Ensemble gave a World Premier of The Paths by which we

came by I.Chan. Both the work and the performers impressed the Lower Hutt music

performances by the newly formed “Tang Dynasty Ensemble” who shared their music,

culture, language and instruments with ears unfamiliar with these treats. The “new” drama

theatre space proved to be a fine place to gather, perform and to hear this music.

On the first weekend of September the Hutt Valley Orchestra (which was established in 1958 by a former HVHS Music teacher) held their annual workshop hosted by HVHS. A number of HVHS alumni participated as players, including Principal Oboe of Orchestra Wellington, Merran Cooke, who when she is not acting as a Senior Solicitor in the Department of the Prime Minister and the Cabinet was a tutor for the weekend. 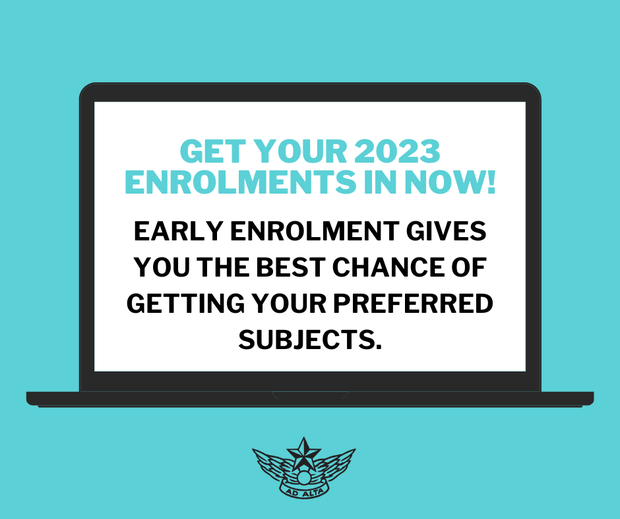 Enrolments for 2023 are now open for students who live in-zone. We ask that parents enrol now so that we can plan for your child's learning needs for 2023 and ensure a smooth transition to high school. A big advantage to enrolling now is that your child will be in the first group to receive the email with subject selections (some subjects have limited spaces). Please complete an online enrolment application.

Sports photos will be held in the school hall this Tuesday (13 September). Students need to be dressed in sports uniforms and ready for their photos five minutes before their time slot. All coaches and managers are welcome to be part of the photos. 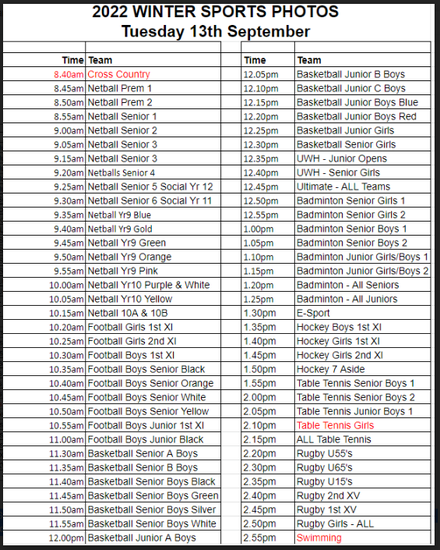 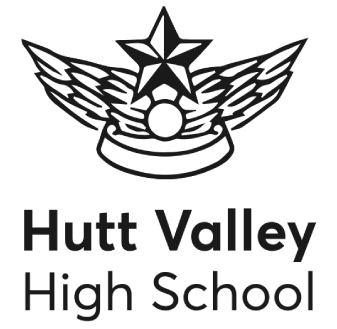