Student Safety is Priority One!

Student Safety is Priority One!

Welcome to the new quarterly parent newsletter. This newsletter will be used to communicate information as it relates to school and student safety.

Back-to-school brings a lot of worry and stress for many parents each year. Here are a few simple ways you can help to ensure your child has a safe school experience.

The internet is without a doubt one of the best resources available to us. Unfortunately, it is also extremely dangerous if you are not aware of what lurks behind the scene. Here are some tips to help you keep your children safe when using the internet. 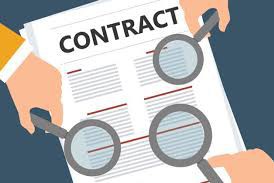 Create a Mobile Device and Internet Contract with your child

80% of parents have never discussed Internet safety with their child. Talking to parents every year, I have learned parents are not having this vital talk with their child because they do not know what to say. The number one safety factor in any child's life is a parent that will speak to them about important, and sometimes tricky topics like Internet safety, bullying, drug use, vaping, etc. The Mobile Device and Internet Contract is a parent's script to opening a meaningful conversation about cyber safety with their child. Read each point to them, and then ask them to share their thoughts about it. Ask open-ended questions like, "Why do you think this is a good idea," or "what could happen if you let a stranger into your Instagram account?"

Use a reliable content filter on the Internet coming and going from your home. I recommend using OpenDNS. It is free for families to use. Your router may already have content filtering built into it. Make sure you are using something. Not only will you block inappropriate adult material from reaching your child's device, but it will also block malicious websites that can infect your devices with viruses or malware. 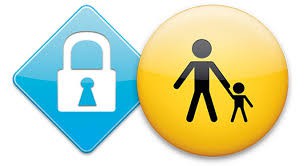 Turn on parental controls on all the Internet-connected devices your child is using. 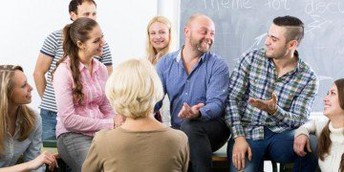 It takes a village to raise a child!

When you are talking to your child about Internet safety and supervising their online activity, you are not only making your child safe, but you are also making every child in their social network safer. What if the parents of your child's online friends were also supervising their online activity? Your child now has an additional layer of safety. Recruit the parents in your network to be cyber safety conscious. Have an open line of communication with other parents in order to share concerns you may have regarding your child's cyber activity.

13 Apps Parents Should Know About

How to Set Up Parental Controls in iOS 12

The drug culture has changed a lot over the past few years. Hopefully this newsletter will serve as a way to keep you informed of some of the latest trends. 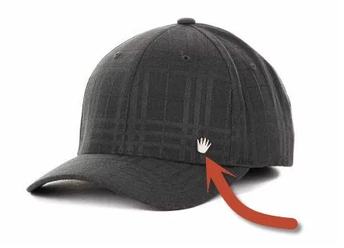 Marijuana culture has sprung up around us, though signs of it are not always easily recognizable. Clothing and other everyday items can be part of that culture.

There is a popular hat brand called "No bad ideas" that have a hidden “stash” compartment located in the ring of the hat. Not everything is so hidden, however. There are plenty of T-shirts, jewelry, backpacks, and other ordinary items geared toward young people that either boldly display obvious marijuana references, or keep the message more subtle. For example, 420 is something you may have seen before. It refers to April 20, and is known as "Stoner Holiday" or the universal day to smoke marijuana. 710 is a popular reference as well; it is the word "oil" upside down. Oil refers to one of the many forms of marijuana. Marijuana paraphernalia and even marijuana itself, in a variety of forms, can be purchased online.

Today’s marijuana culture is very strain-specific, as certain strains have very different effects on the developing teen brain. Indica (sometimes referred to as “in da couch”) is a plant that produces very laid back behaviors. Sativa, on the other hand, works as a stimulant and can mimic the effects of methamphetamine causing aggressive or erratic behavior and hallucinations. There are even hybrid strains that combine both with very mixed reactions.

The marijuana from “back in the day” was about 3 percent pure. Marijuana bought on the street today is about 15 percent pure, and sometimes “enhanced” with other substances. Those substances include Fentanyl (a synthetic opiate), cocaine, methamphetamine and other synthetic substances. If you go to a dispensary in a state that has legalized marijuana, you will see the concentration as the amount of THC in marijuana. Bud (dried marijuana) is typically in the 22-28 percent range of purity. Some forms, like waxes, oils, and concentrates can be up to 90 percent pure. Most are over 50 percent and include edible products and vape oils. The purity is relative to the potency of the substance. 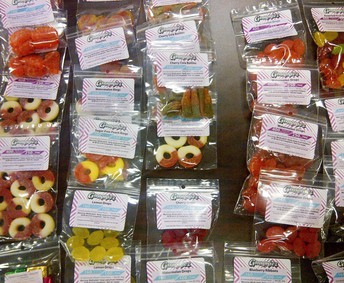 Butane, which can be purchased at almost any convenient store, is used to extract THC from marijuana. THC, or tetrahydrocannabinol, is the chemical compound in marijuana that causes the high. Extraction tubes, with a hole in the top and an open bottom where a filter is placed, are filled with marijuana and the butane is then run through it. The butane drips into a pan or a bowl where it is cooked down to produce the drug. What is left is a wax-like substance, which is THC. This concentrated extract is referred to as dabs. There are different types of dabs. The most common are shatter, wax, and butane hash oil. Dabs contain a higher THC concentration than other methods of using marijuana. Shatter is the most purified form of THC. Dabs come in different forms, but all depends on how it is made. Some forms of this look like black tar heroin.

Marijuana is also often consumed in a form known as edibles. The cannabis extract can be used in anything including different teas or drinks, but is most commonly found in the form of gummy bears or lollipops. This form of marijuana gives a faster and strong high , but can also cause hallucinations and agitation. People high on wax, for example, can become psychotic and wild, typical of the PCP days with people "out of their minds" or "tripping".

Emergency room personnel, first responders, and law enforcement are seeing this reaction in some people. It can cause extreme stomach cramps and vomiting in chronic marijuana users. There have been cases of very young children overdosing on what they thought were candy and becoming critically ill.

Vaping is another means of ingesting marijuana. It means vaporizing marijuana. This involves breathing in steam, or vapor, instead of smoke. A marijuana vaporizer machine heats the drug up to approximately 350 to 400 degrees. This releases the THC. One of the slang terms to watch for is kush, a sweeter smelling more potent strain of marijuana. Kush is a word often found on hats and clothing. It is a word most people are not familiar with in relation to drug use.

Moon rocks involve dipping a marijuana bud in extracted oil and then covering it in a layer of concentrated cannabis. While there is no perfect way to keep young people from using marijuana, it’s essential to stay active.

CBD Oil (cannabidiols) is gaining popularity across the world as a "legal alternative" to marijuana. Research has shown that there really are no "safe alternatives" when dealing with the developing teen brain. CBD Oil became available for purchase by anyone in the state of Indiana in 2018 as long as it meets certain requirements. Those requirements deal with issues such as labeling, product concentrations etc. There is no age regulation which means that a middle school child can legally purchase the product from a retailer who is willing to sell it for a profit.

Talk to your children about songs you hear them listening to, things they say during conversations with friends, etc. Open the door to these conversations by educating yourself on the current lingo, texting shortcuts etc. Don't be afraid to ask questions when you see red flags. Ask questions, be curious, be aware and sit back and listen. You don’t always have to run the conversation with your child, sometimes you just need to listen. You can’t stop the things you don’t know about.

This event will offer DCHS students with a valid learner's permit or driver's license an opportunity to practice life-saving skills on a closed course with certified instructors from local law enforcement agencies. It will also reinforce and reaffirm safe driving practices, including wearing seat belts and not driving impaired or distracted through different stations geared toward each. Participation is free for students, but participation is limited in order to allow each participant to experience each station. 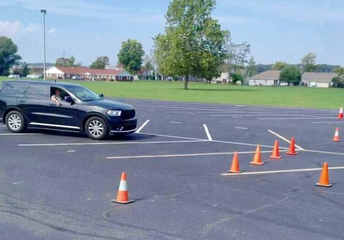 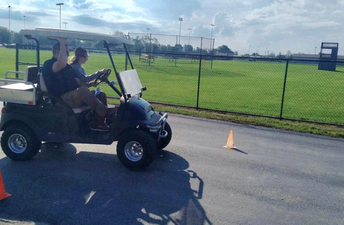 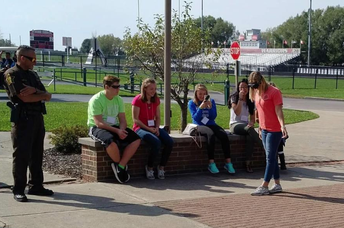 Printed forms are also available at the DCHS Office. 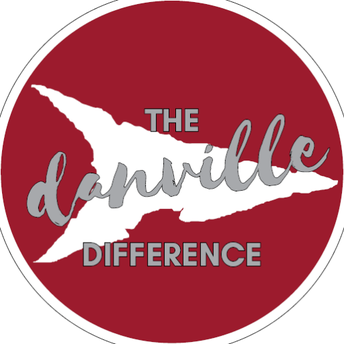