lindsey is using Smore newsletters to spread the word online.

Get email updates from lindsey:

Move To The Middle Colonies

Move To The Middle Colonies 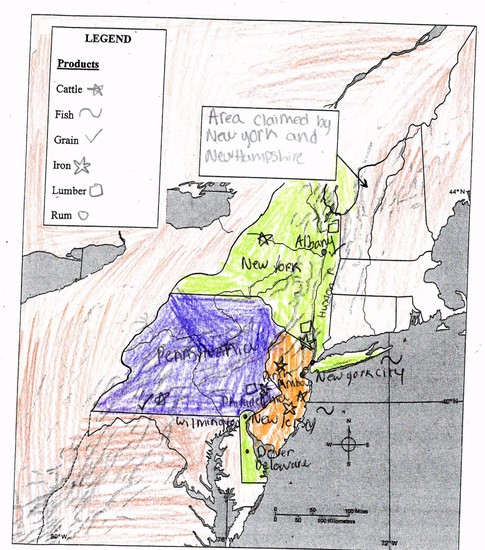 Types of Government For The Middle Colonies

The colonies were ruled by a proprietor. Proprietors were individuals or groups to whom Great Britain granted land. They were generally free to rule as they wished. Proprietors appointed the governor and members of the upper house of the legislature. The colonists elected the lower house.

Reason for founding- The people who live in the colony of New York founded their colony because they wanted to expand trade.

Reason for founding- The people who live in the colony of Delaware founder their colony because they wanted to expand trade.

Reason for founding- The people who live in the colony of New Jersey founder their colony because they wanted profit from selling land.

Reason for founding- The people who live in the colony of Pennsylvania founder their colony because they wanted profit from selling land and religious freedom.

Colonial Legislatures only granted certain people the right to vote. Generally white men who owned property could vote. Most woman, indentured servants, landless poor, and African Americans could not vote.

Life In The Middle Colonies

In the middle colonies they have more fertile soil and a milder climate so they produce bigger harvests. In New York and Pennsylvania, farmers grow wheat and other cash crops. Farmers sent wheat and live-stock to New York and Philadelphia. In New York there are about 18,000 people here and in Philadelphia there is 24,000 people. There are the largest cities in the American colonies. We have large businesses like lumbering, mining, and small-scale manufacturing. We have some small businesses like carpentry and flour making. One iron mill in northern New Jersey have hundreds of workers and a lot of them are from Germany. Germans did great farming because they used European agricultural methods. So if you come to the Middle colonies we farm a lot so there is enough food and we have lots of job options.

lindsey is using Smore newsletters to spread the word online.