Get email updates from tjps:

Rhinos are an ancient species who are threatened by the excessive poaching and habitat loss caused by humans. They are large peaceful herbivours, only charging if they feel threatened. Try not to make them feel threatened though, because they can run 40 km/h and have a large deadly horn!

The Rhinos' main feature is its horn, or in some cases, horns. They vary in length depending on the subspecies of rhino. Rhinos are grey, sometimes tinged with brown. Their heads are lower then their shoulders, and they have hairy tufted tails. Depending on the sex and subspecies, rhinos usually reach between 1.6 and 1.8 m tall and can run 40 km/h in short bursts. They have very poor eyesight, although they have acute hearing and smell.

Birds called ox peckers perch on rhinos and eat the ticks and bugs on the rhino. The rhino profits by getting tick-ridden, and the ox pecker profits with a good meal! 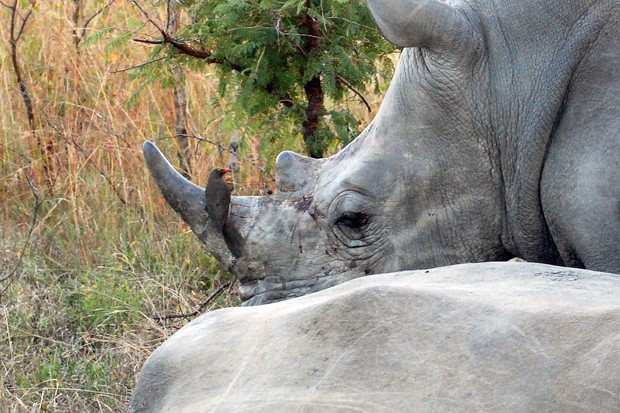 Rhinos are mainly solitary animals except for mating. Rhino babies are born weighing around 40 kg, and after 10 minutes are already standing up. They are born without horns, so rely completely on their mothers for protection. They stay with their mother until the next baby is born, when they are around 3 years of age.

Rhinos live 35-40 years in the wild, but most reach around 50 in captivity. A group of rhinos is called a 'crash'.

Rhinos mark territory by walking through their own feces and spraying urine. Each rhino gives off its own unique smell to the other rhinos.

It may sound gross, but for them its just the same as updating their Facebook profile. 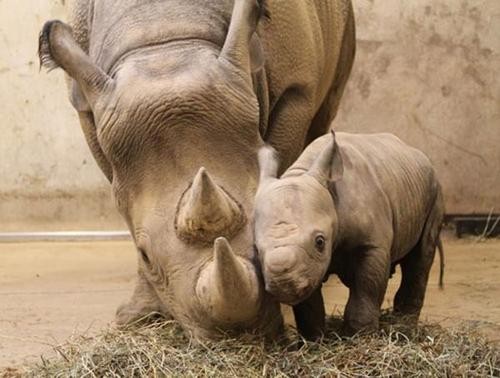 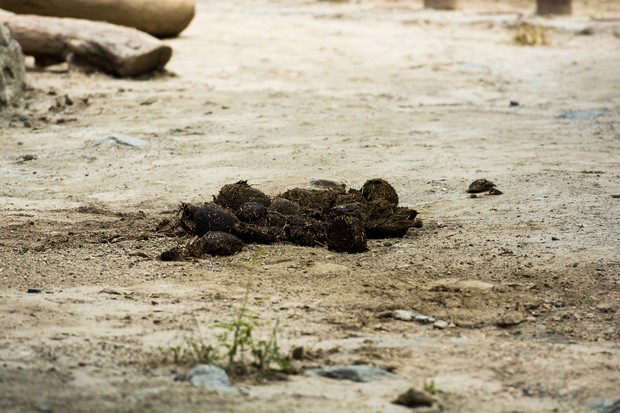 Rhino subspecies are identified by where they live, Africa and Asia. They live in places where they can easily access their food and water, like grassy plains, low-grounded rainforst, and muddy banks and rivers.

Rhinos are herbivorous, meaning that they have a plant based diet. They eat long grass, fruits, twigs and leaves depending on the subspecies. They eat 60-80kg of food per day, so spend most of their day eating.

The five subspecies of rhino originated from the extinct wooly rhino, an animal that lived around 10,000 years ago. The sumatran rhinoceros is the most closely related subspecies because it has kept some of its hair. 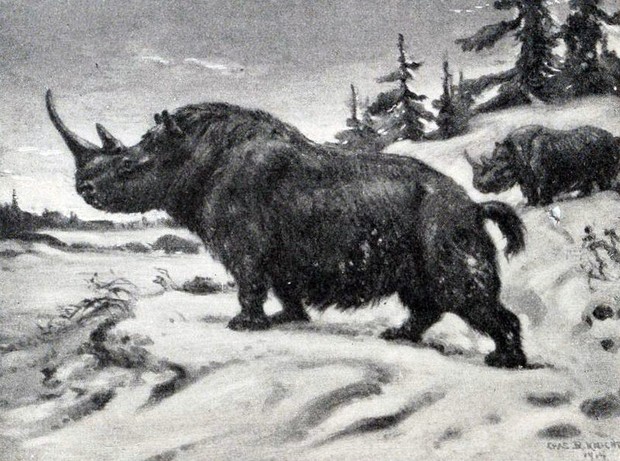 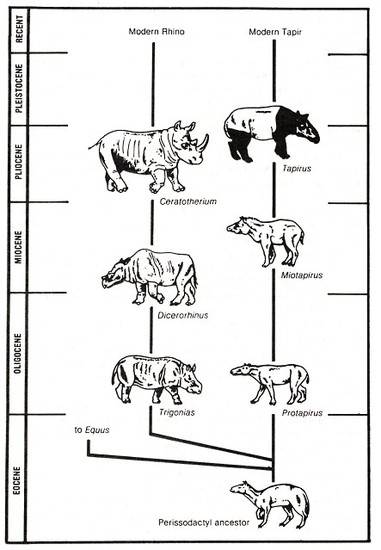 What Types Of Rhino Are There?

The five subspecies of Rhinoceros are divided up by where they originated. Three of the subspecies live in Asia, which are the Javan, Indian, and Sumatran Rhinos, and the other two live in Africa, which is the Black and White Rhinos.

The Javan Rhinoceros (also known as The Lesser One Horned Rhinoceros) is thought to be the most critically endangered animal on Earth. They used to live in Assam, Bengal, Myanmar, Thailand, Cambodia, Vietnam, Laos, the Malay Peninsula, Sumatra, Java and possibly Borneo. Now they are thought to only populate Ujung Kulon National Park in Java. With only about 60 left alive in the wild, they are one of the most endangered species in the world.

It has one horn which grows to about 20 cm, the smallest horn of all the rhinoceros species. The longest horn recorded on a Javan Rhinoceros was 27 cm.

Find Out More About Javan Rhinoceroses By Clicking Here

Like the Javan Rhino, the Indian Rhinoceros has only one horn that can reach about 20-60 cm. These rhinos forage for aquatic plants, tall grasses, fruits, and sometimes farm crops with their prehensile (gripping) lip in the cool morning and evening hours so as not to get too hot. When it is hot, they usually wallow in cool water. They habitat tall grassy areas with a source of water nearby. There are thought to be roughly only 2,500 left alive on earth. Their status is vulnerable. This rhino is, along with the whit rhino, the largest species of rhino and the second largest mammal on earth after the african and asian elephant.

Find Out More About Indian Rhinocerosos By Clicking Here

Find out MOre about sumatran rhinoceroses by clicking here

The Black rhino is critically endangered with roughly 5000 left alive in the world thanks to mans greed for the rhino horn. Black rhinos have two horns, the longer reaching around 50cm. The male rhino's longer horn is generally thicker then the females, which is long and slim.

The black rhino was name so to distinguish it from the white rhino, although neither of them are the colour as their name suggests. The black rhino has a pointed upper lip which they use to eat fruit and leaves from trees and bushes. It's shoulder stands 1.4 - 1.8 meters tall and it can reach speeds up to 45 km/h in short bursts.

There are four subspecies of black rhino, one of which was declared extinct in november, 2011.

find out more about black rhinoceroses by clicking here

The name 'White Rhinoceros' is thought to be a confusion with the Afrikaans word 'wyd,' meaning wide, which is a popular theory because they are not at all white as their name suggests, but grey, as is the Black rhinoceros. The white rhino, as well as the Indian Rhino, is the largest subspecies of rhinoceros, and the second largest mammal on earth after the asian and african elephant.

Unlike the Black Rhino who has a pointed lip, White Rhinos have a sqaure lip which helps them to eat long grassess. White Rhinos keep their heads lowered for most of the day, whether most other rhinos need to lift their heads to reach trees and tall bushes.

Find out more about white rhinoceroses by clicking here 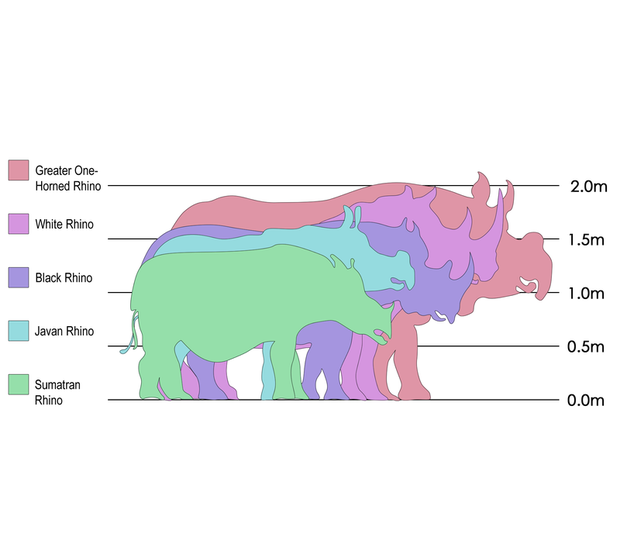 Rhinos wallow in mud to cool down. The dried mud also acts as a sunblock and can protect the rhinos from some blood sucking insects. 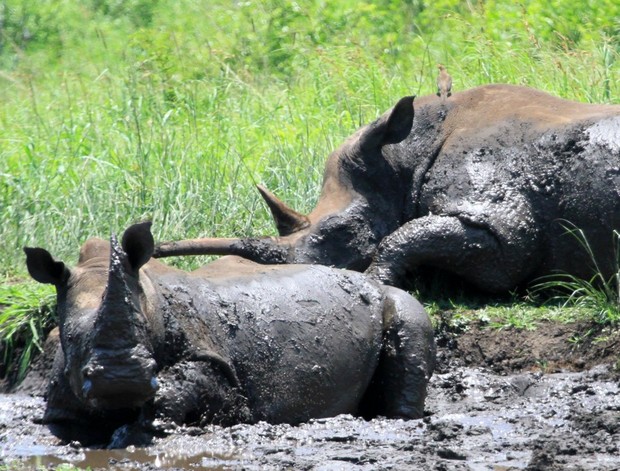 Watch this cute baby rhino go for it's first run.

Horses, Zebras and Tapirs are the closest related animals to the Rhino! Although it may seem more than a little weird, these animals all are odd-toed ungulates, (perissodactyls,) just like our very own rhino! 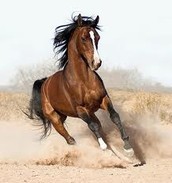 Why Are Rhinoceroses Poached?

Why are Rhinoceroses poached? The reason is simply their horn. Poachers find value in the horn, for example it supposedly has medicinal properties and can cure some diseases, which it actually can't.

Rhino horns are worth US$50,000 in the Asian market and sometimes powdered rhino horn is dissolved in drinks as a sign of wealth. Some people also buy 'pretty' rhino horn ornaments. 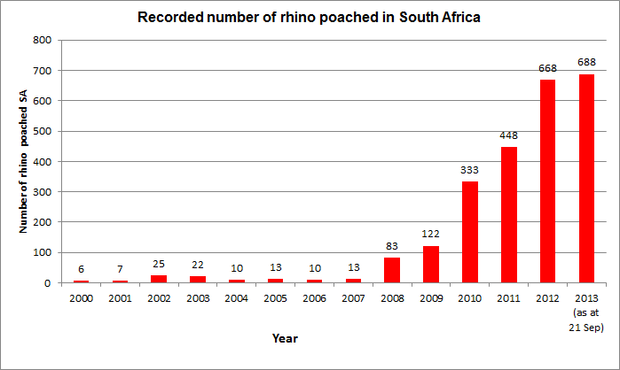 Rhino Horns are actually made of the same material as you or I's fingernails, keratin. When poachers sedate the rhinos they chop off the whole horn, so that the rhinoceros is viciously left to bleed to death. A rhinos horn is their protection, and also ironically their downfall. With roughly 100 rhinos being poached each MONTH, we may lose our magnificent beasts by 2018. That leaves us with a measly 5 years to stop the rhino poaching apocalypse and return them to what they once were. Step up - make a change! 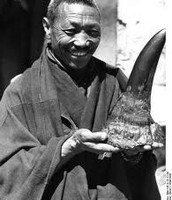 Rhino horns are made of keratin - the same substance that makes up our fingernails and hair!

STill hope for our rhinos 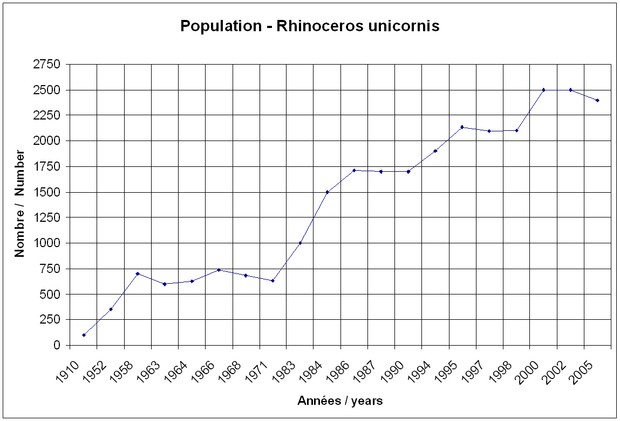 There is still hope for our rhinos if everyone joins in and makes a difference. You can change the fate of our beautiful rhinos by simply following the advice listed below!

Tell people about the hard times our rhinos are facing. Raise awareness - most people hardly know what a rhinoceros IS!

Never purchase rhino horn products. A rhino has died to give you that ornament/powder. A pretty ornament is not pretty if it has come from a dead animal.

You can help baby rhinos by 'adopting' one. Go to the websites listed below, then simply pay some money and get regular updates on how your baby rhino is going, as well as beautiful pictures. The money that you pay helps to protect the rhinos, and give them a brighter future.

To find out about more, try visiting these websites:

And finally, here is the Rhino song!!!

Follow tjps 56c
Contact tjps 56c
Embed code is for website/blog and not email. To embed your newsletter in a Mass Notification System, click HERE to see how or reach out to support@smore.com
close