Season Of The Machete

Season Of The Machete 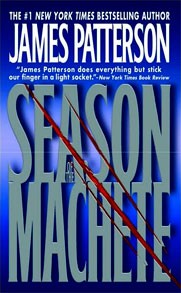 Description Of The Book:

When looking to shake things up and instill sheer terror into both tourists and citizens alike, a mafia family decides to hire Damian and Carrie Rose to plan out a series of homicides on the island of San Dominica. Utter chaos breaks out when brutal machete murders begin happening on the beaches. An image furthered by the machetes, the murders are designed to look like they were planned and executed by island rebels, lead by a man by the name of Colonel Dred. Lastly, the only witness to ever see any of these crimes, is a man by the name of Peter Macdonald. Peter is one of the main characters and is the one who can later identify Damian, the psychopathic mastermind. This book takes you through each murder, one after another, and is tied together with the use of Carrie Rose's diary and Peter's personal life and story. 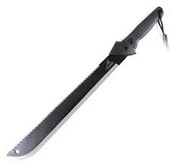 The settings for this book are Washington D.C., Paris, France, Nevada, and the island of San Dominica. San Dominica is believed to be the fictional adaptation of Dominica and is the main location for most of the book. Throughout the book there are mentions of beaches, small tourist towns, and vast wet jungles. Most of the murders and throughout the book were on the beach, but some occurred in the town or in the jungles.

There were a lot of crime scenes throughout this book. Like I said before, most were on the beach/coastline, but some occurred in the town or in the jungles. One of the common threads for these murders is the machete found as evidence at most of the scenes. This is important to the story in linking the public and police's thoughts to make them think that it was in correlation with Colonel Dred and his island rebels. Overall, the nature of the crimes were brutal and savage. Victims were often splayed apart by the machetes or cut into pieces. Blood was everywhere and once the bodies were even found left to be eaten by wild goats. 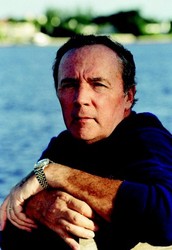 @JP_Books
James Patterson is the author of many books, a grand total of 135 so far. He holds the record for amount of #1 New York Times Bestselling Novels at 19, and the record for the most bestselling hardcover fiction novels, at 76. Patterson currently lives in Palm Beach, Florida with his wife, Susan. His son, Jack, is currently away at college.
jamespatterson.com/