Get to Know Demeter

-She is also known as the goddess of the harvest.

-Her Roman name is Ceres.

-Her mother is Rhea and her father is Cronus.

-Persephone was her favorite child.

-Her chariot was drawn by a pair of winged dragons (serpent-like monsters).

-As a punishment for cutting down trees in a sacred grove she placed Aethon, the god of famine, in the stomach of Erysichthon making him permanently famished.

-Zeus, Poseidon, Hades, Hera, and Hestia are her siblings.

-she turned Mekon into a poppy flower.

-One of Demeter's children was a horse.

-In her name De means Earth and meter means mother.

-Although she was most often referred to as the goddess of the harvest, she was also goddess of sacred law and the cycle of life and death.

-Only women attended the Thesmophoria, a fertility festival held in honor of Demeter.

I chose Demeter because I love to farm and grow plants and flowers. Demeter's personality is upbeat and caring much like mine. To know more about this goddess click these links 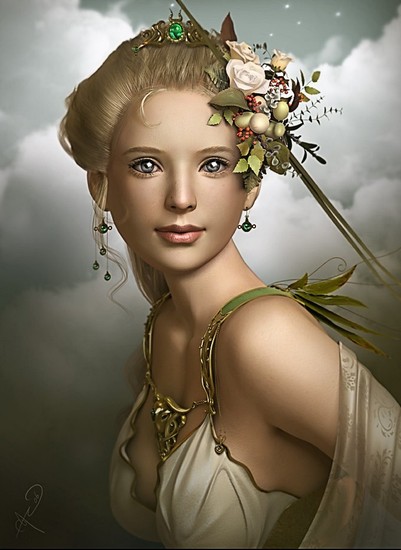 www.greek-mythology-pantheon.com
Demeter (Ceres) - Greek Goddess of Harvest, Fertility and Agriculture. Demeter is one of the largest and oldest goddesses of the ancient Greek pantheon. 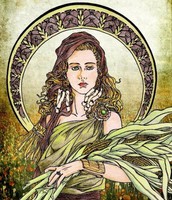 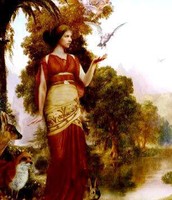 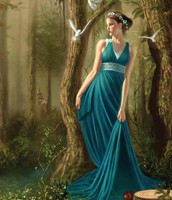