KHYATI is using Smore newsletters to spread the word online.

Get email updates from KHYATI: 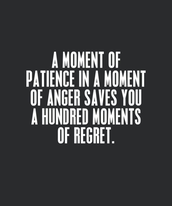 Every job is a challenging one. But we have to have patience and a cool head to succeed in real life. Here is the story of a salesman who achieved something which he never expected.

There was a salesman called Ramesh in Kerala, a state in the southern part of India. He was honest, polite and hard working. It was the month of June (start of monsoon in Kerala) when he got his first assignment in his new office. He was given a list of prospects whom he has to approach and sell the product.

Surprisingly he realized that the list is full of local Keralan laundry owners! He got scared and thought he won’t be able to achieve the desired target. He approached his senior, Monty but got little help. So he went back to his desk, thought for a moment and accepted the challenge as he had no other option left!

The next morning he started approaching the laundry owners and within 15 days he got some really nice responses. Almost 80% of them purchased his product but, in credit, and everyone promised to pay him off within the next 15 days. He was delighted as he knew that his job is almost done! And so was his senior Monty. But he didn’t know that the next one month was going to be tougher than what he expected.

On the last week of June amidst heavy showers he started visiting the laundry owners’ place to collect money. Upon visiting half of them he realized that he has collected not a single penny. And the same trend continued for the next 7 days. He was frustrated, demoralized, impatient and so was Monty.Ramesh explained everything to Monty including the peculiar behavior he noted amongst the laundry owners – whenever he knocked the owners, they used to look at the sky before asking him to come the next day. Listening this his senior smiled once and said that he is ‘on track’ and will soon get some good results. He never realized for once what payment has to do with the sky!

After almost 14 days, on a bright sunny monday morning Ramesh started visiting the laundry owners once again. Though it was the midst of monsoon season, it didn’t rain heavily for the last three days. Suddenly by noon Ramesh realized that he has collected the payments from almost 50% of the laundry owners which was almost unbelievable!

He worked hard throughout the day and by the day end he had completed 90% of his target for June and July. He was thrilled and so was his senior. By month end he went on to become the ‘star performer’ for the month of June, July and was handed over the letter of confirmation by the management. It was like a roller coaster ride for him!

Yet he wondered what the sky has to do with the payment! Why the laundry owners used to look at the sky and tell him to come the next day? To solve this mystery he went to a laundry owner and asked the same question. The owner laughed at him and said, “Son this is the month of monsoon and we have to wash the clothes, dry them off, iron them before handing them off to the customers. Now if the sun doesn’t shine how can we dry our clothes, earn enough to pay you?”.

Ramesh recollected his memories and smiled at the owner and realized that it was his patience and endurance that kept him going and ultimately helped him achieve the pinnacle of success. It’s his zeal, motivation and due diligence that converted into fruitful results.

Moral of the Story

Like Ramesh everyone of us should realize that apart from being a honest hard worker, if we can keep our patience and wait for our turn to come, we will gradually inch towards the ladder of success!

KHYATI is using Smore newsletters to spread the word online.