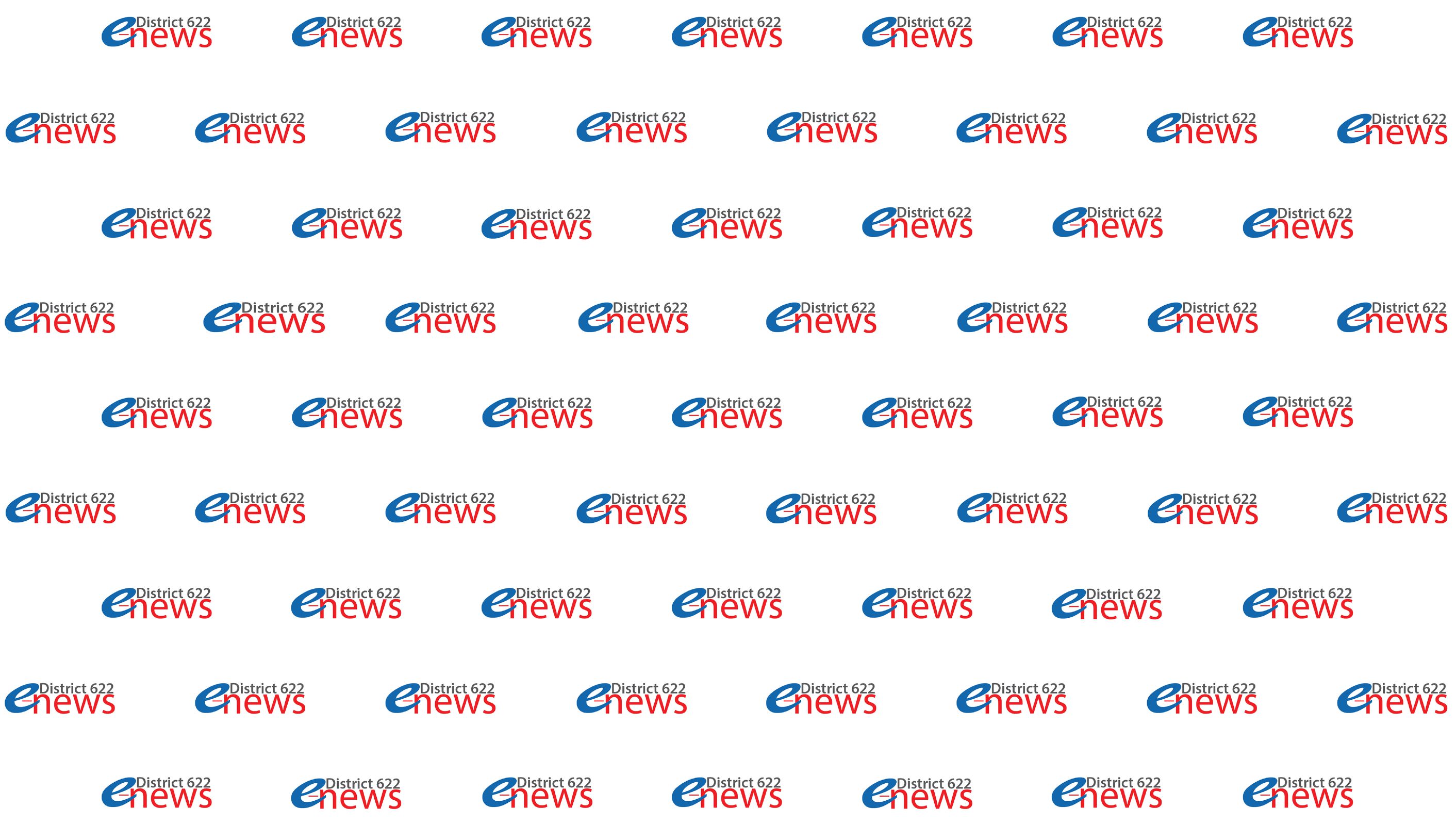 You can change the font size, color contrast, or language of e-news. Just click on the tools in the black box in the upper right corner.

Come celebrate with us before some schools close at the end of the 2021-2022 school year. These events are open to all of our families and neighbors as well as current and former staff. 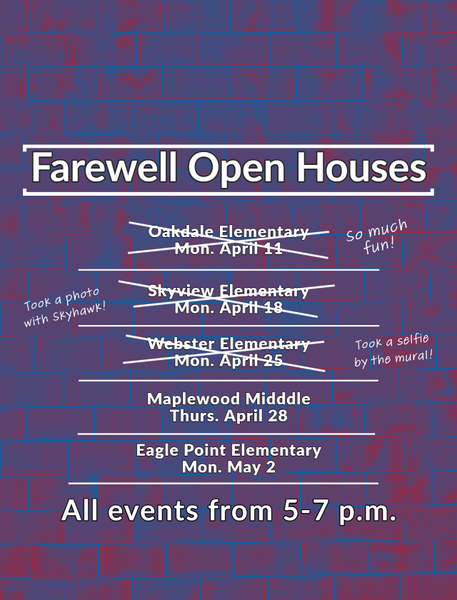 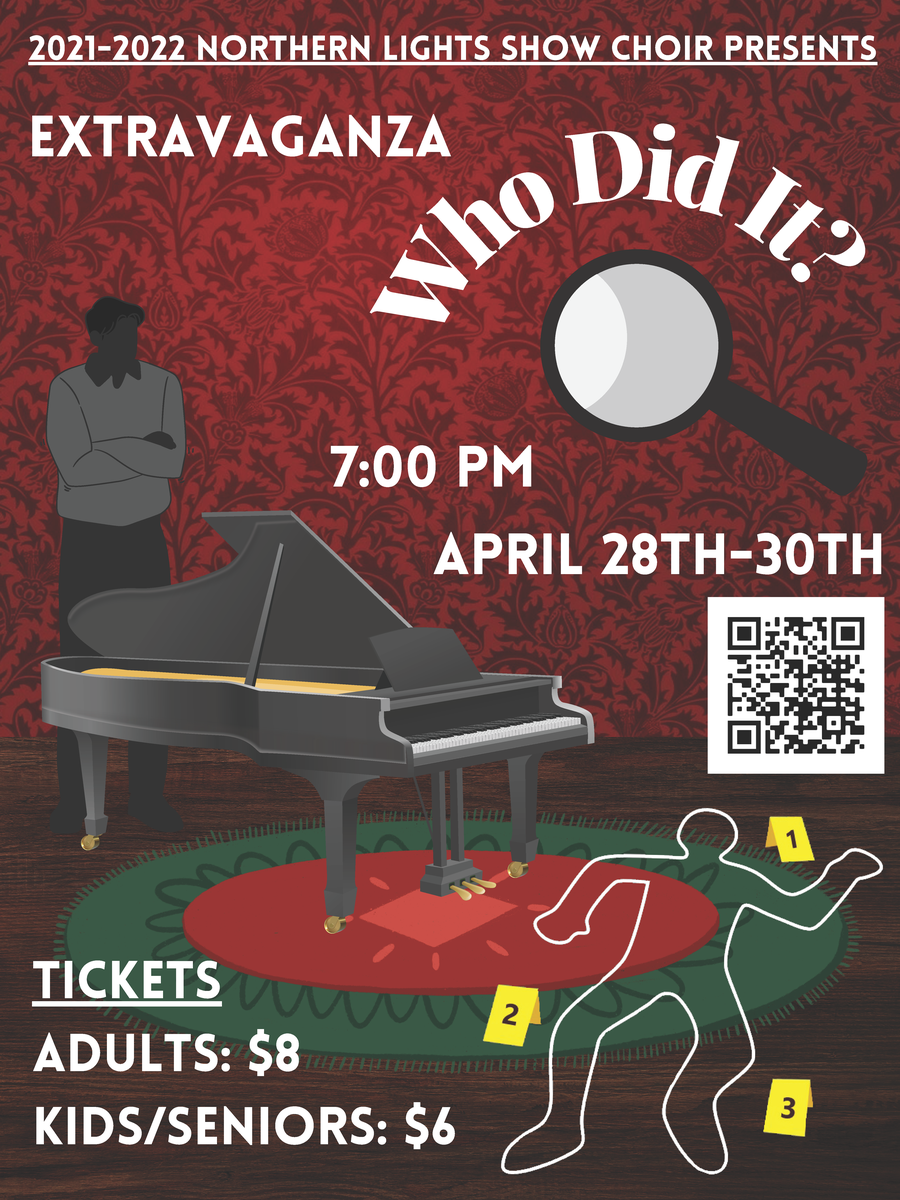 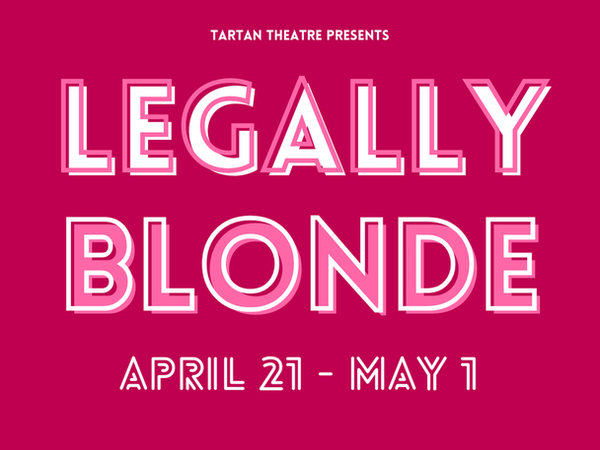 Bend and SNAP! Tickets for Legally Blondes are on sale now! Contact Hannah at hstout@isd622.org with any questions. 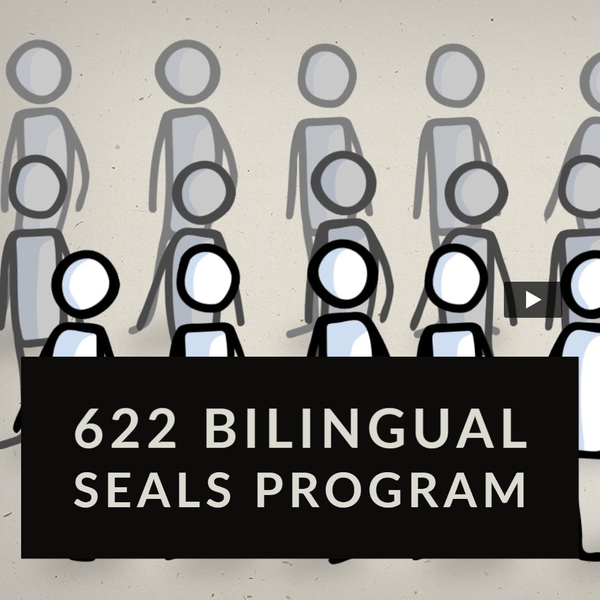 Sophomores, juniors, and seniors who are bilingual in a language other than English are encouraged to take the bilingual seals exam. Students can earn college credit for knowing how to speak, listen, read, and write in another language. The bilingual seal also looks great on a resume.

Students should register to take the exam by Friday, April 29 by visiting the bilingual seals program webpage. 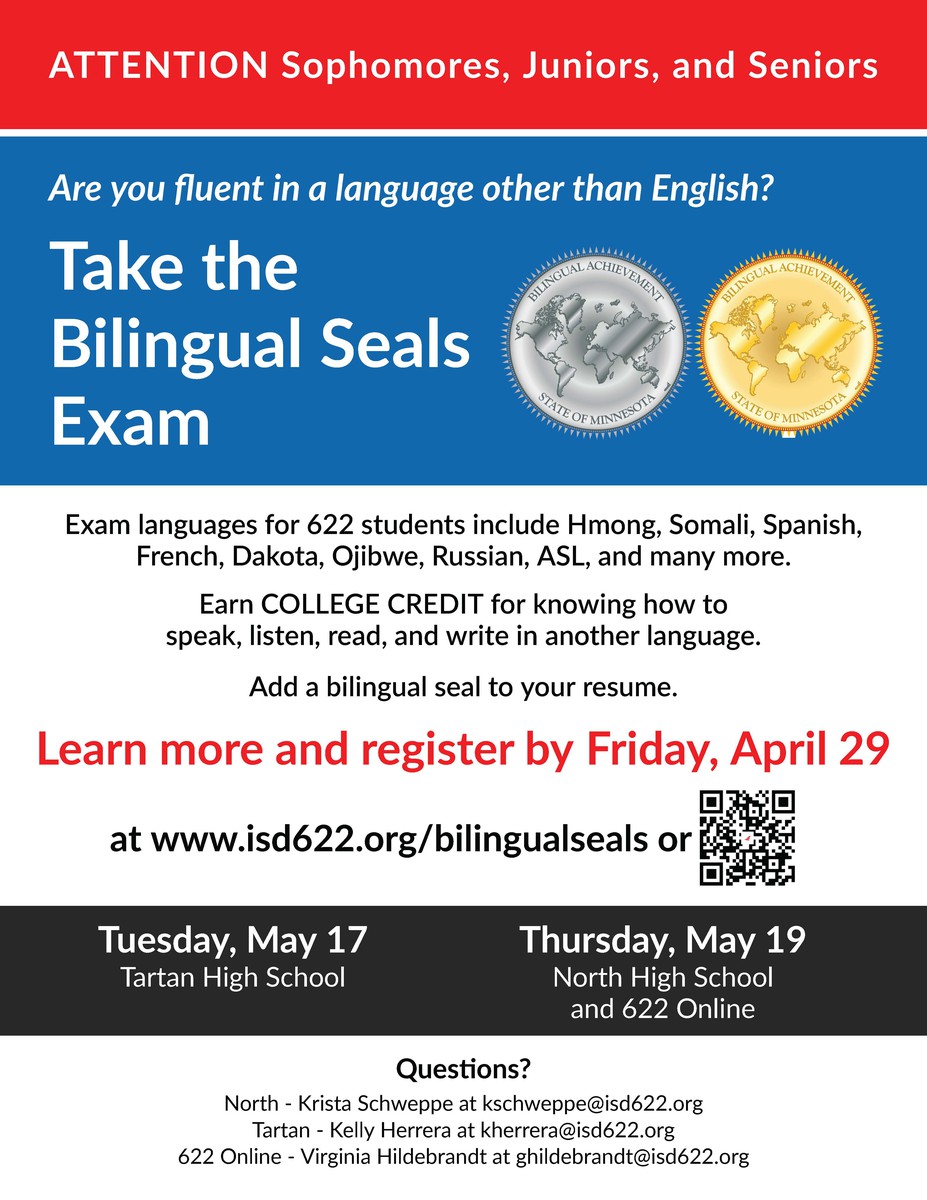 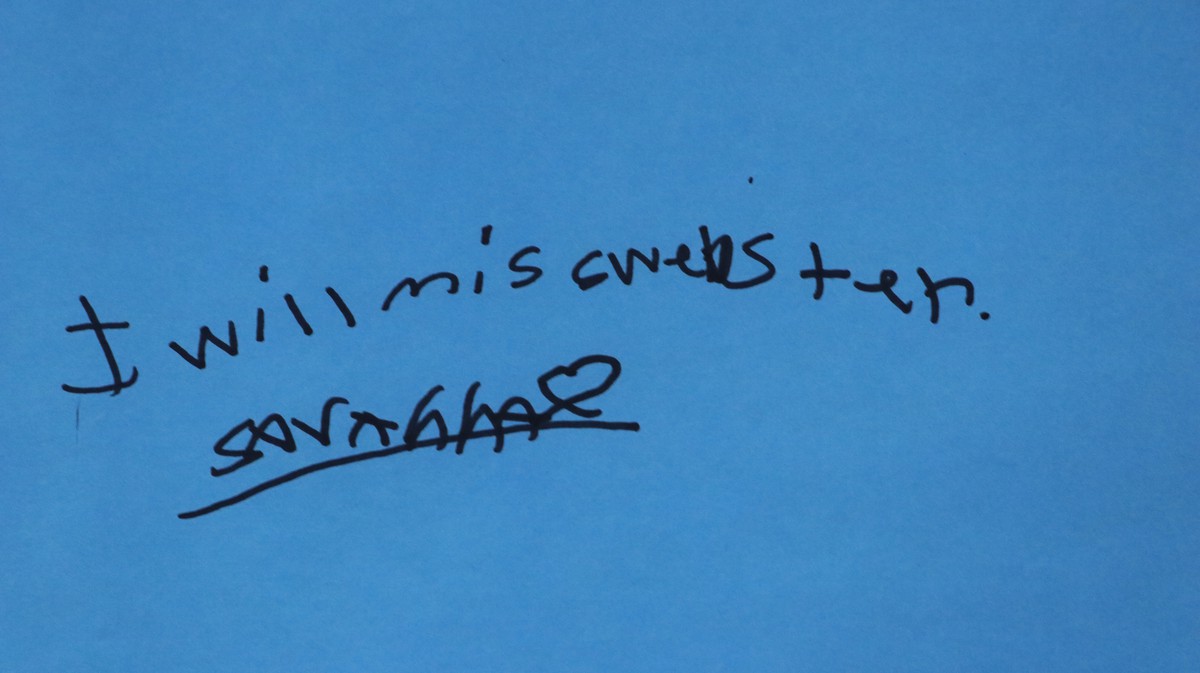 Here are some photos from the Webster Elementary School Farewell Open House that happened on Monday April 25, 2022. 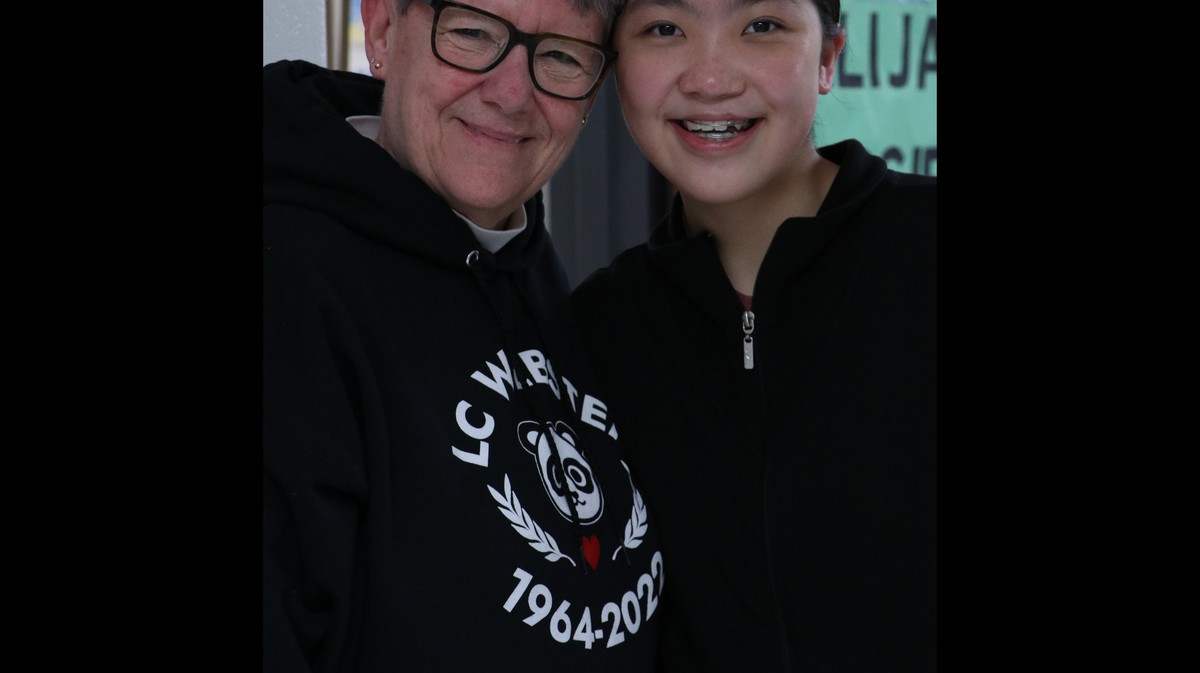 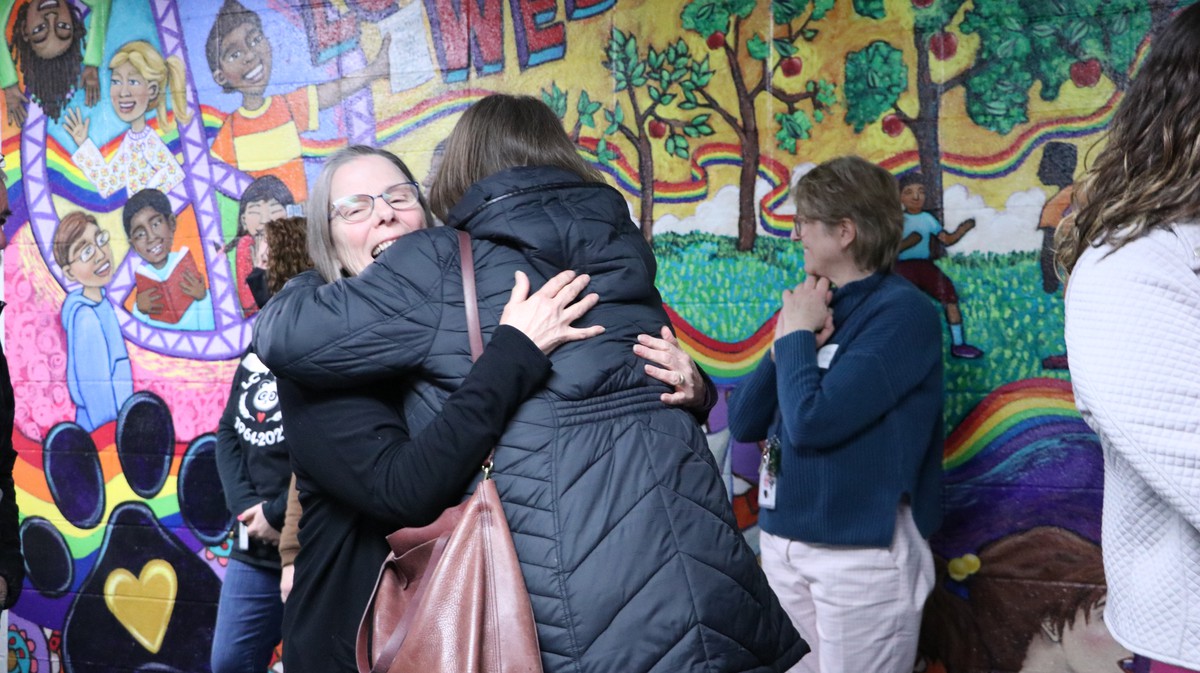 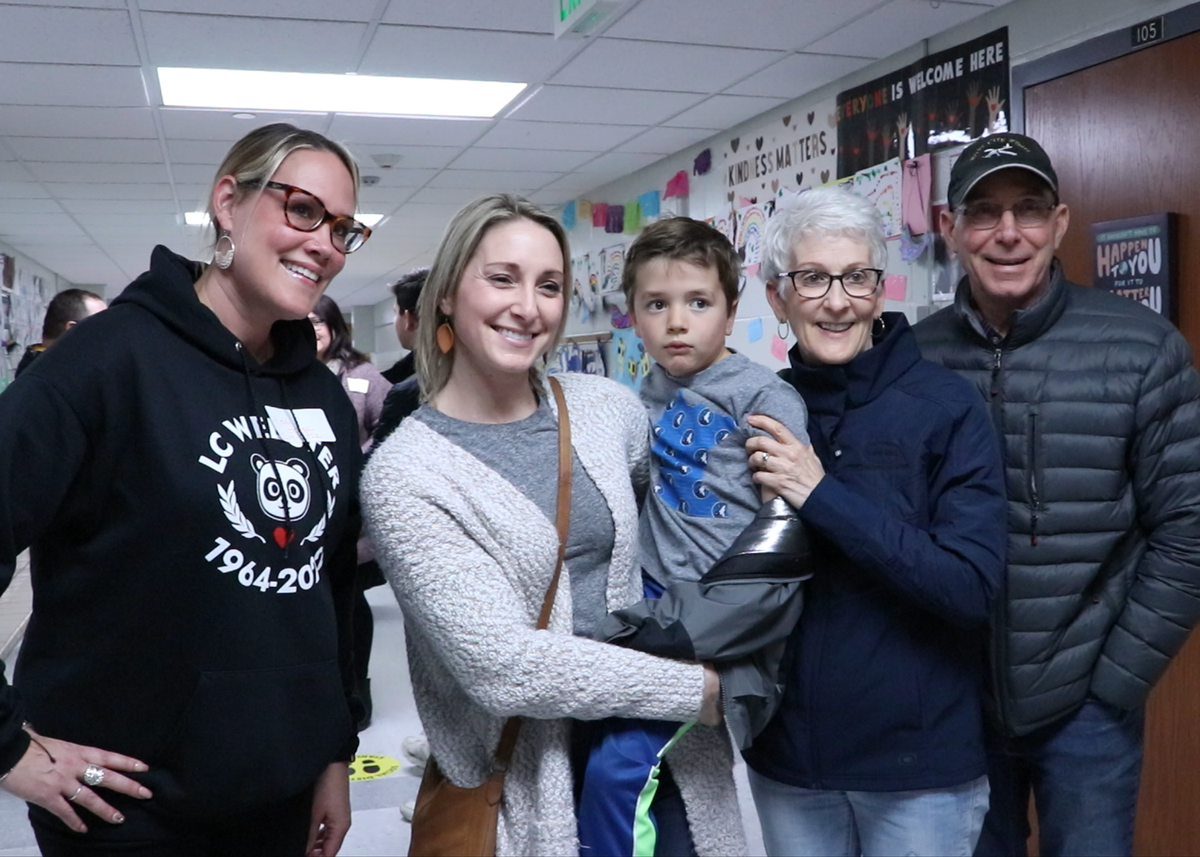 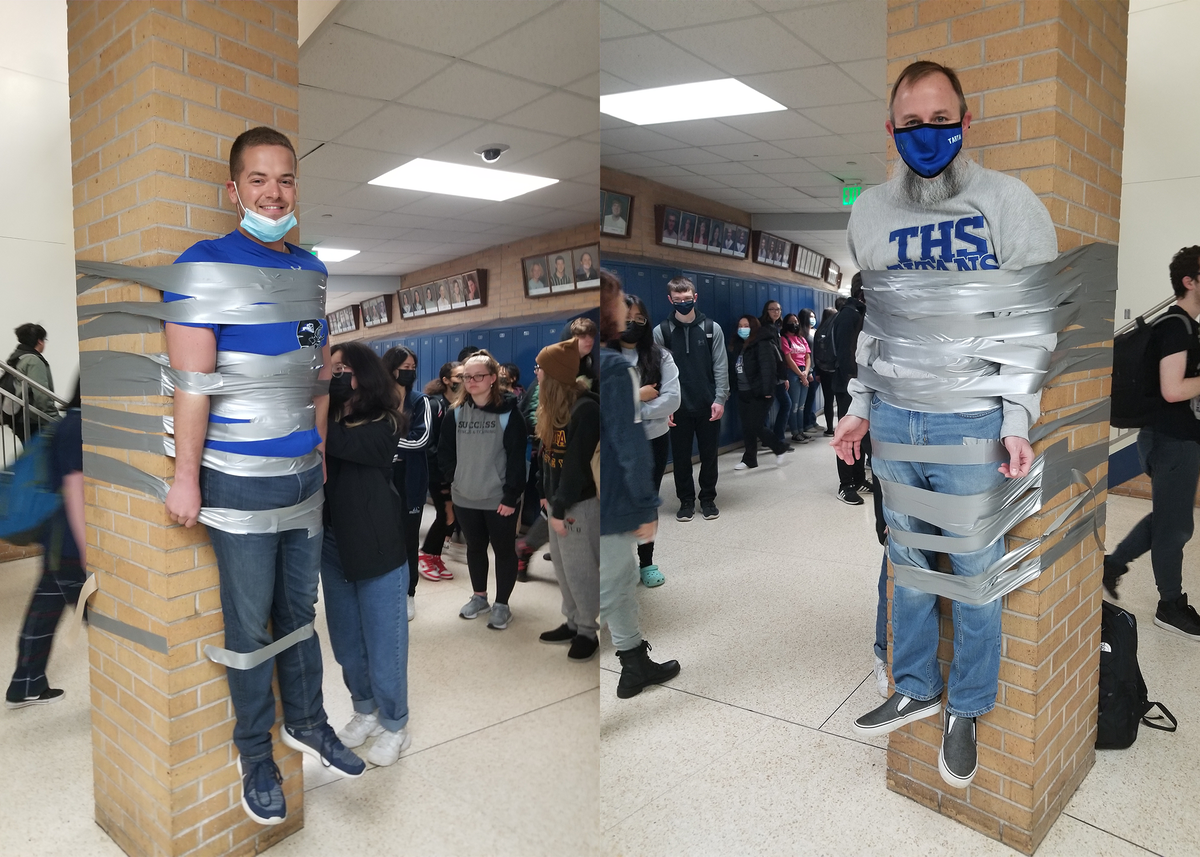 Thanks Mr. Stutsman and Mr. Jones for getting STUCK FOR A BUCK for Pennies for Patients

Tartan students had a blast donating money for the Leukemia & Lymphoma Society during morning arrival on Friday Apri 22, 2022. BPA organized the event and each dollar raised went to taping a teacher to the wall! 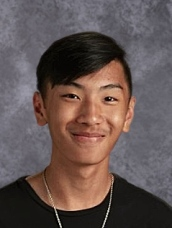 Tartan AVID senior Logan Xiong was awarded the Act Six full tuition scholarship to Concordia - Moorhead! Logan had to complete multiple rounds of applications and interviews and in-person visits and then be chosen as a recipient.

Every Act Six scholarship offers full scholarships to a participating regional college, including Concordia College. It’s the only urban leadership award that offers full tuition scholarships, all while connecting young student leaders from the region and prepares young leaders to serve their communities. 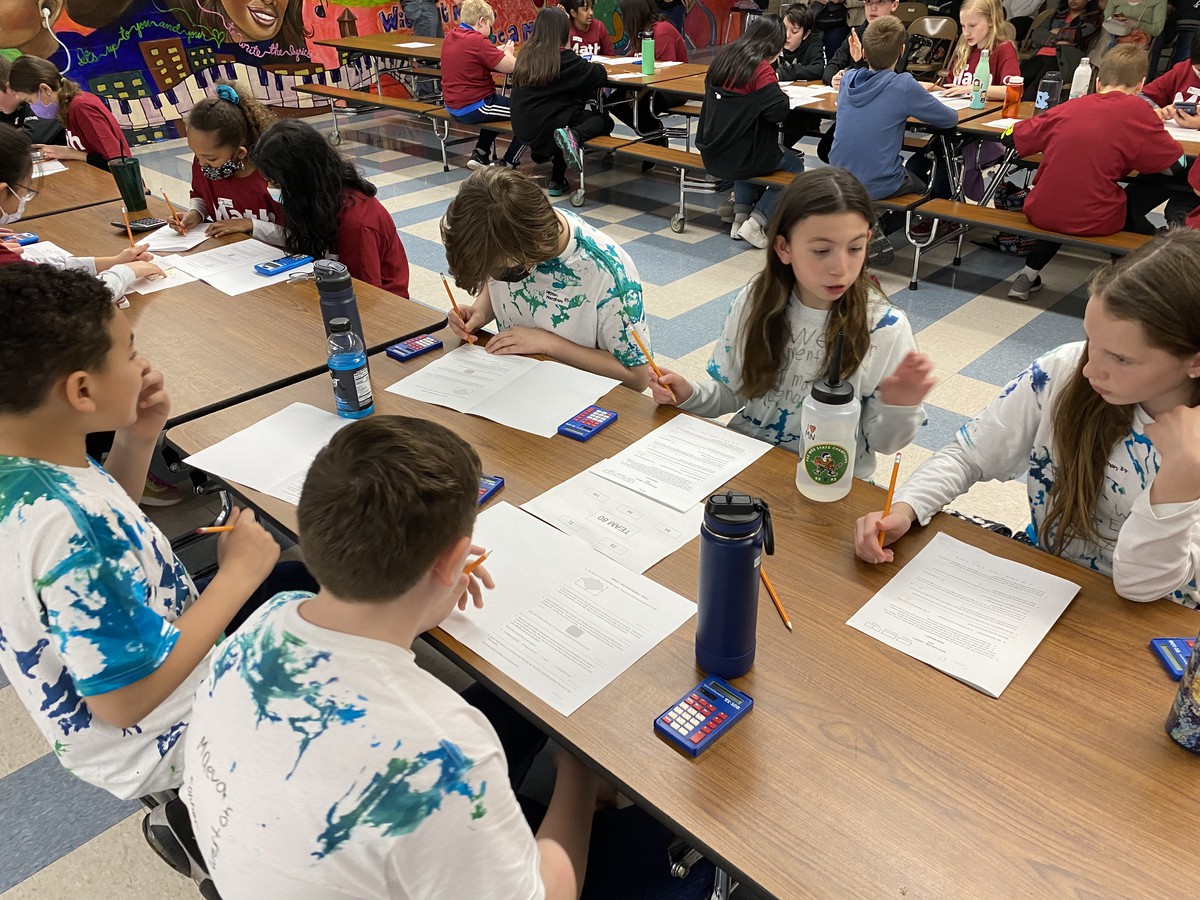 Last weekend, 5th grade Weaver Mathletes competed in the regional Math Masters at Maplewood Middle School. Here are a few photos to highlight the achievements of these students. Congratulations to a job well done! 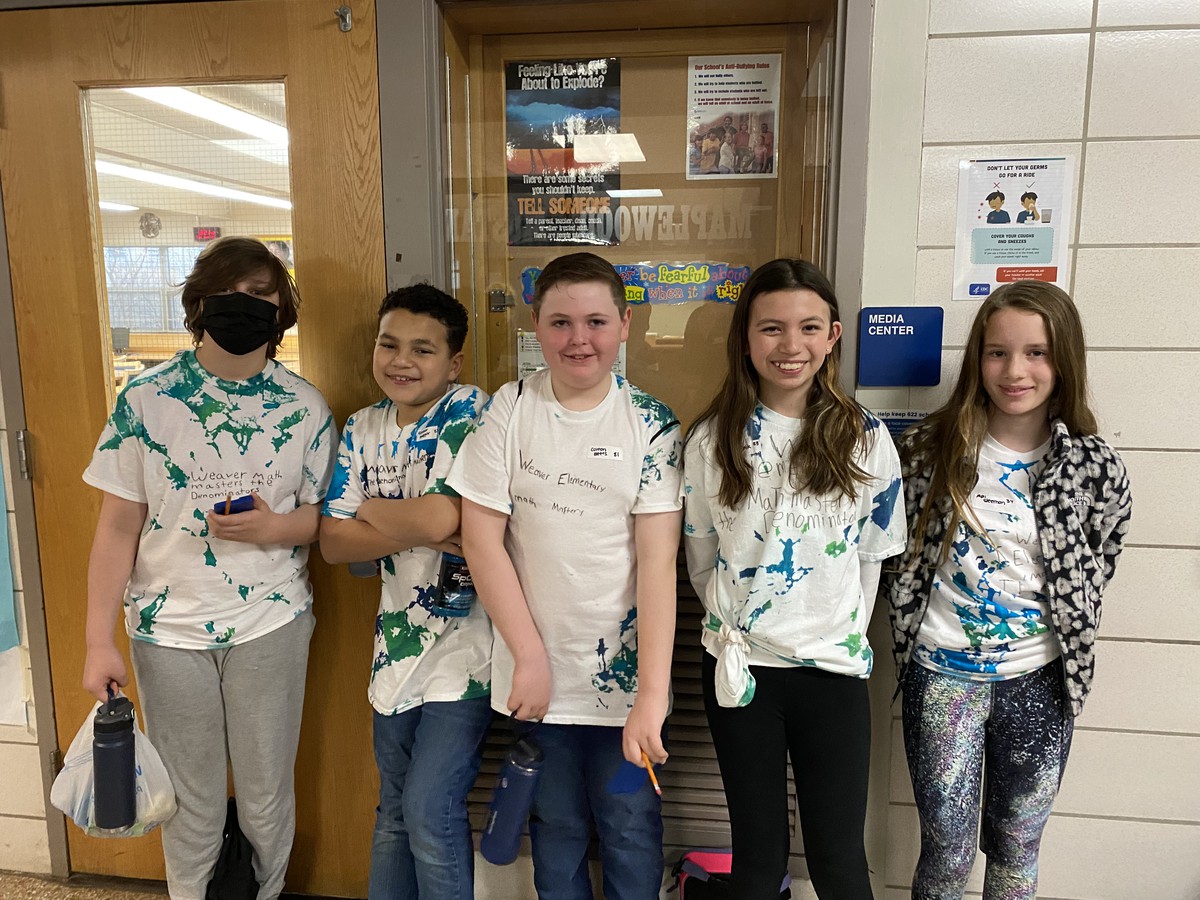 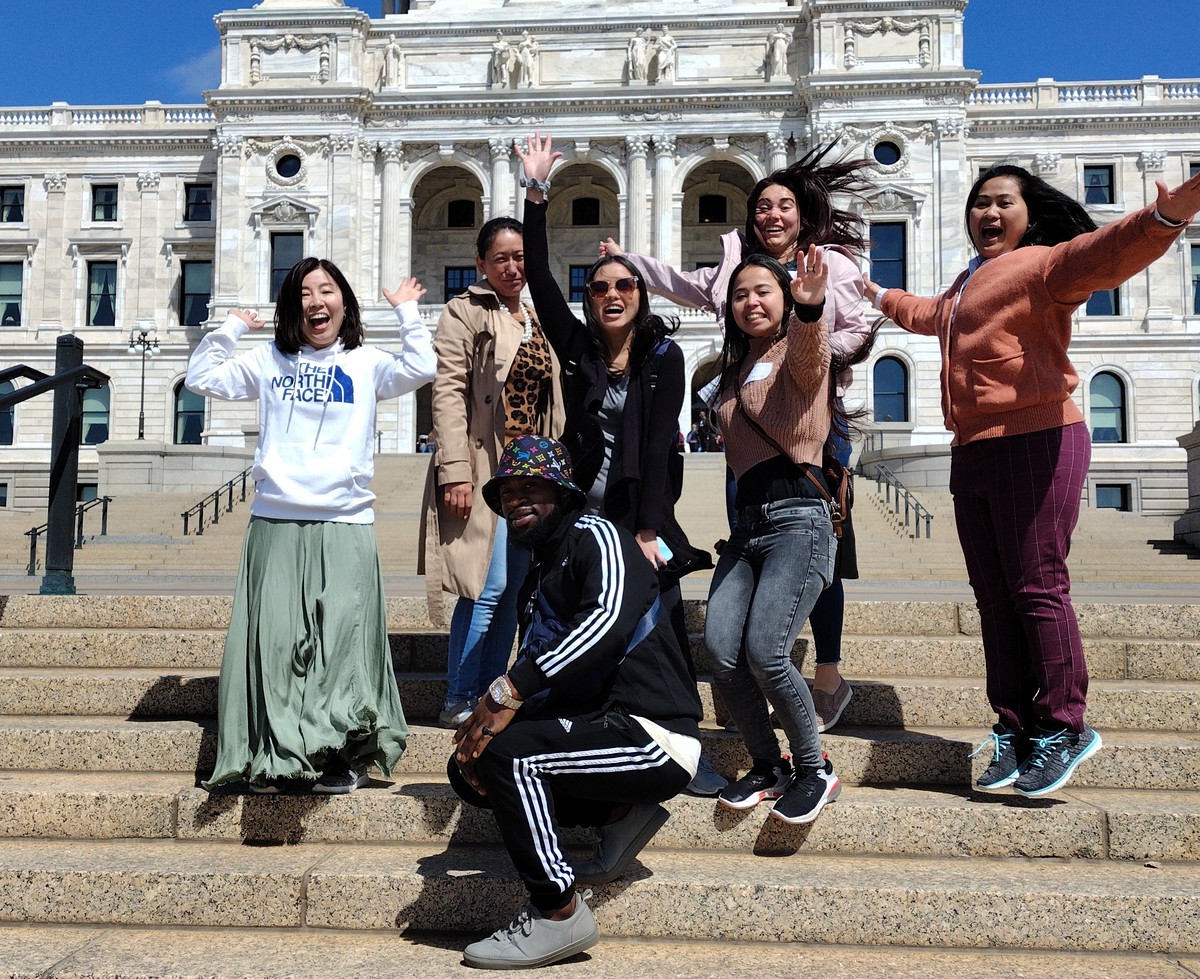 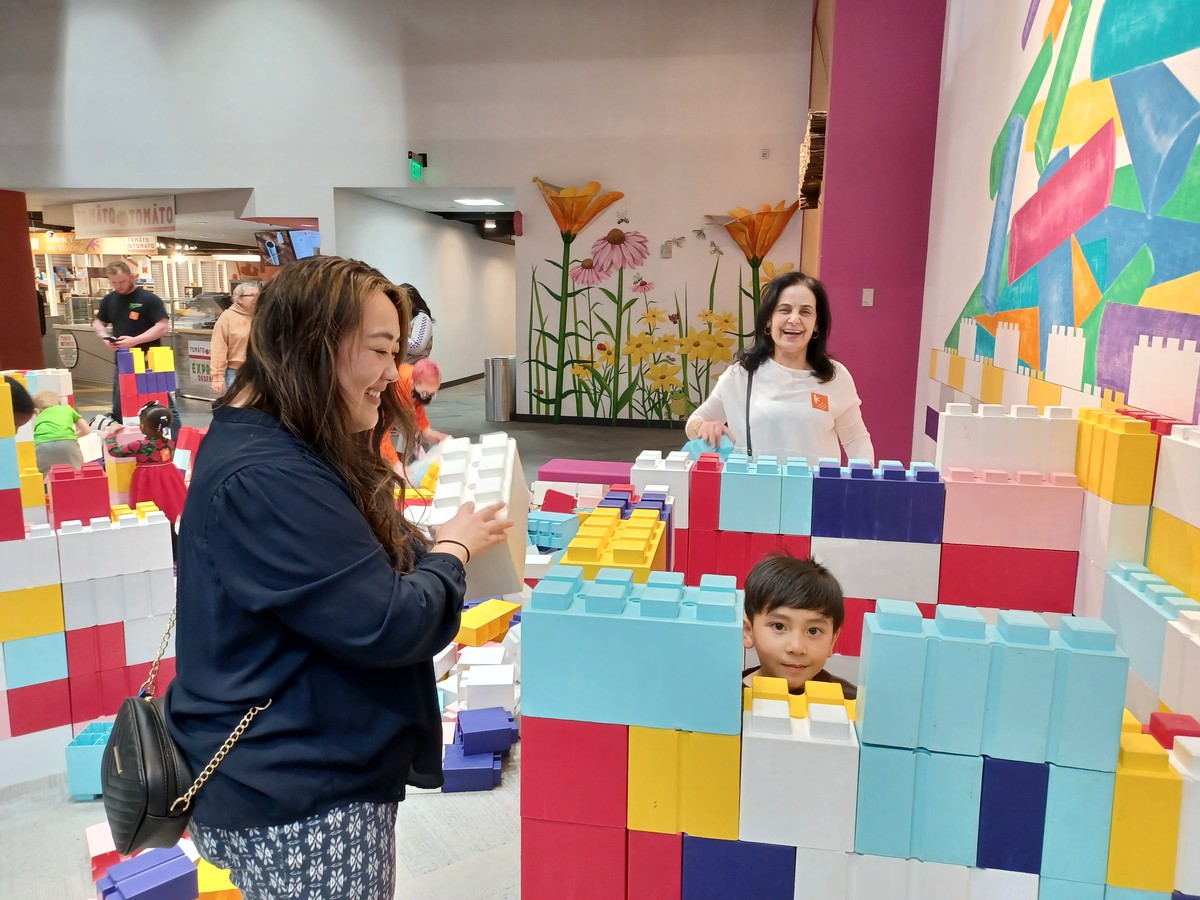 Earlier this month, Early Learning families enjoyed a fun evening at the Children's Museum. When we tallied up the check-in list at the end of the night, we discovered that exactly 622 people attended!

Alum In The News 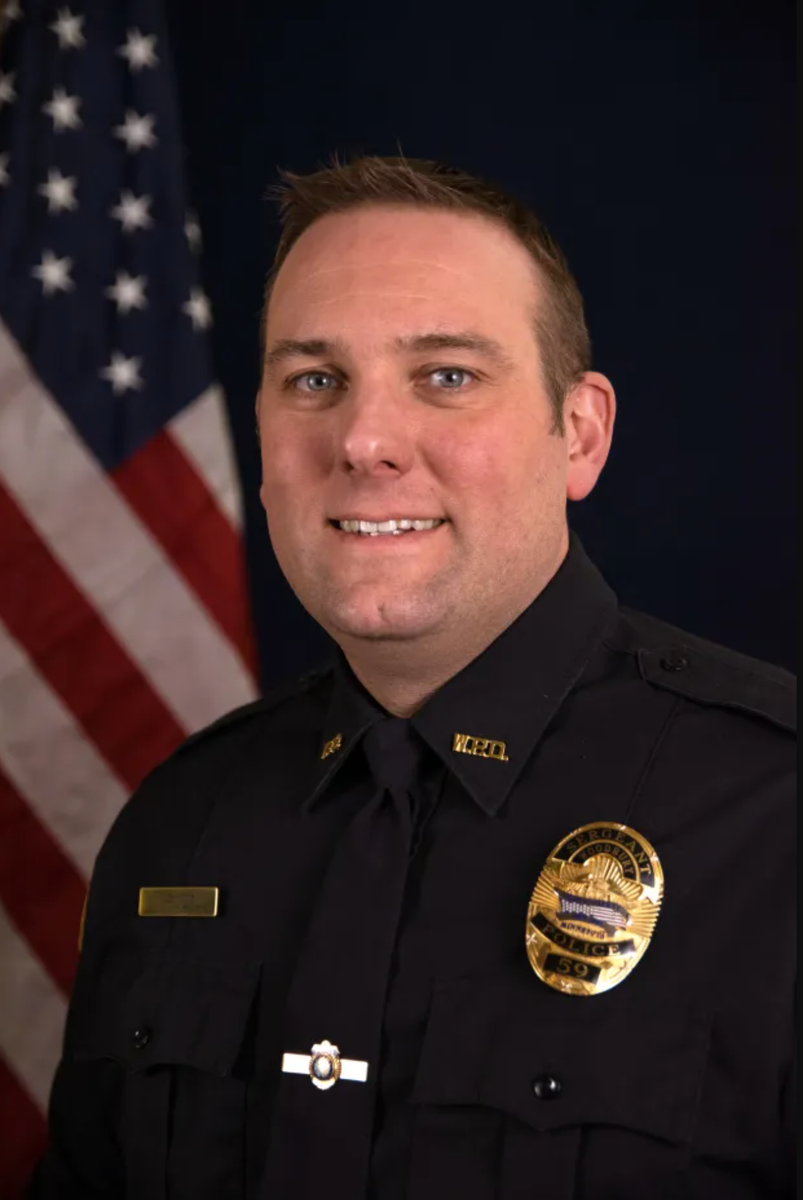 Commander Jason Posel will become the city’s new public safety director in August with the retirement of Lee Vague, who has held that position since 2007. Posel, who graduated from Tartan High School in Oakdale, has a bachelor’s degree in police leadership from Metropolitan State University and a master’s in criminal justice leadership from Concordia University, St. Paul.

Read more about his achievements in the link below. 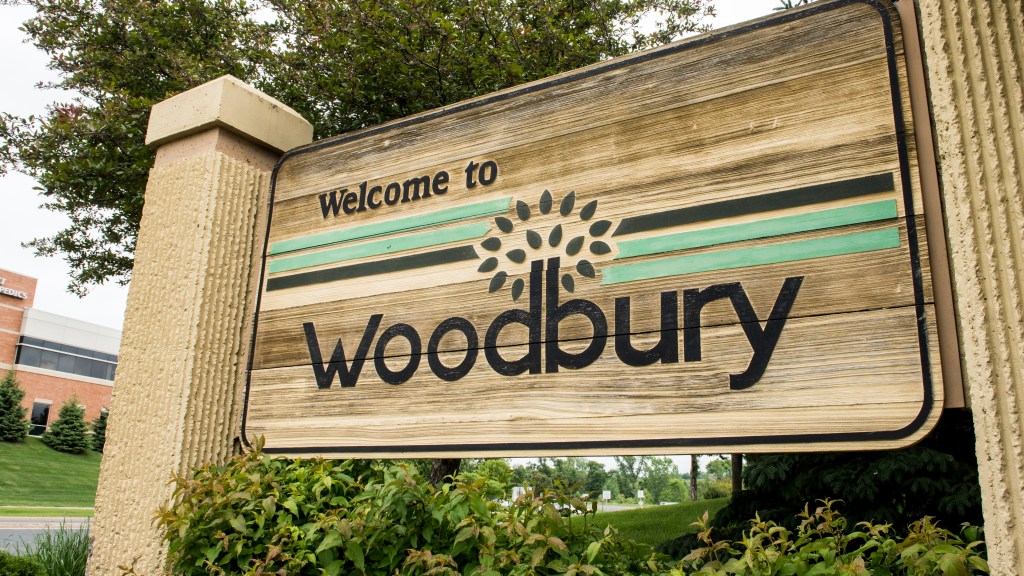 Woodbury city officials Monday announced the promotions of two veteran police officers to the city's top public safety positions. Commander Jason Posel will become the city's new public safety director in August with the retirement of Lee Vague, who has held that position since 2007. At the same time, Sgt. 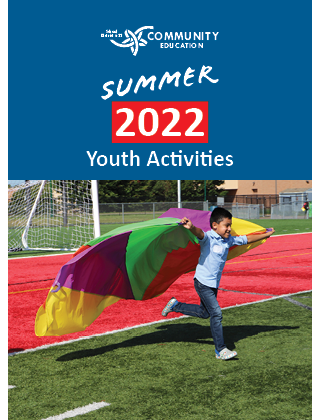 With camps, activities, and classes for youth of all ages, Community Education has everything you need to plan a fun, enriching summer for your family. 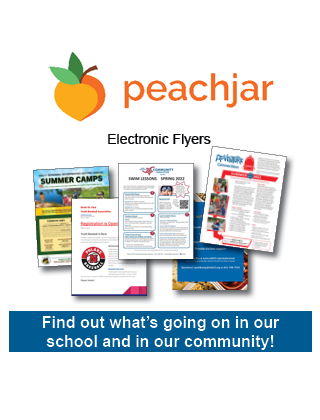 Visit the Peachjar electronic flyer page and click on your school's name to see what's happening at your school and in our community. 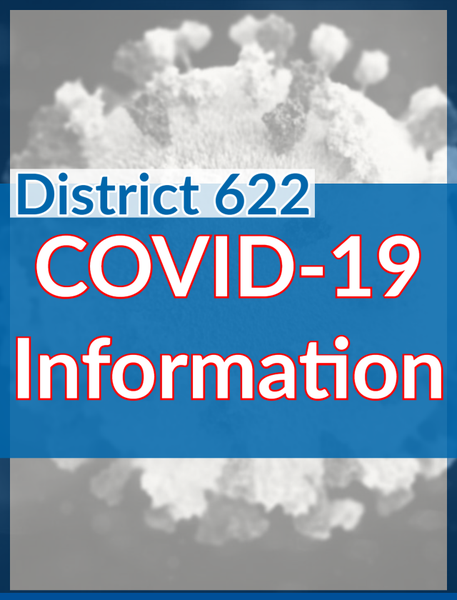 District 622 continues to provide up-to-date COVID-19 information on the 622 COVID-19 website. This includes the new face-covering guidance as well as the 622 dashboard and information about vaccinations and boosters. 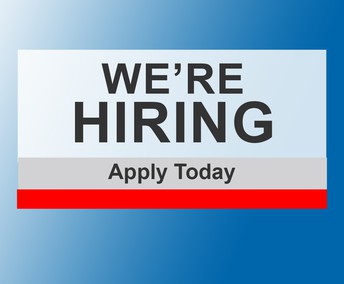 We are looking for candidates who are enthusiastic and passionate about what they do. Join our team and become a Paraeducator, Substitute Teacher, or School Bus Driver (we'll help you get your CDL)!

Please visit our careers site for a list of open positions. 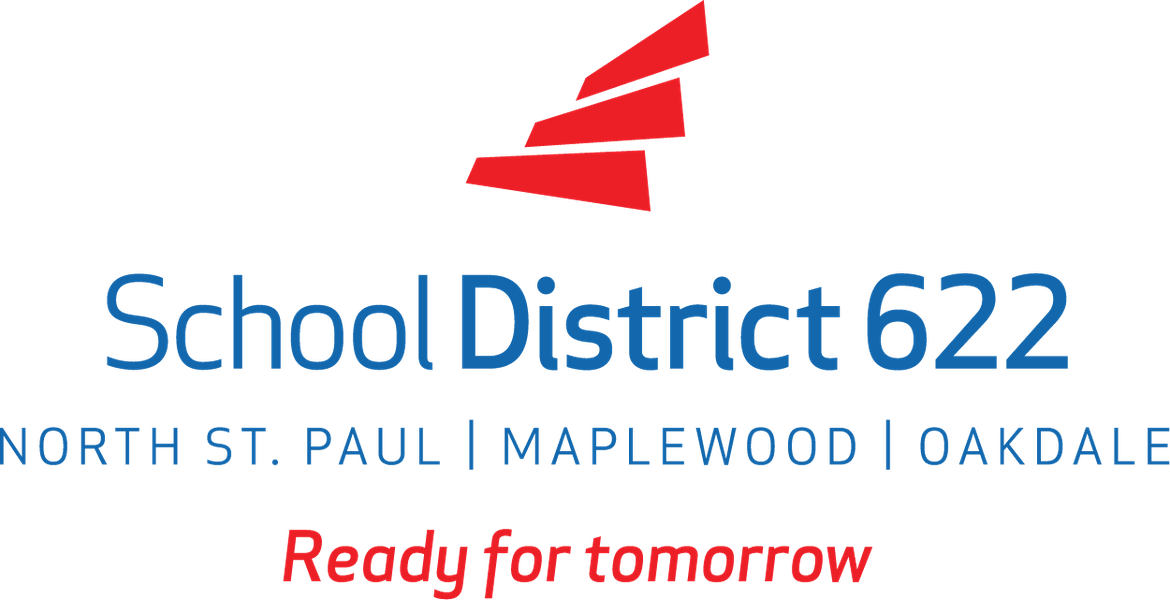 Please direct your questions or comments to communications@isd622.org
To unsubscribe, send an e-mail message to 622e-news+unsubscribe@isd622.org

with the following in the body of the message: unsubscribe 622e-news