Because of Winn Dixie

Because of Winn Dixie

The main Character Opal and her father move to Naomi Florida because her mother had left her father and her, so they go to live in a trailer and all while her father is a preacher. One day Opal goes to a grocery store where she returns not with groceries but with a big fluffy humorous fluffy dog.( In the book ) Opal's father, because of Winn Dixie then tells her ten things about her mother because that's how old she was. Throughout the book Winn Dixie is discovered to be better at making friends than Opal is and meets many characters such as Gloria Dump the virtually blind lady, Otis the ex-con, and Miss Franny Block the local librarian. Opal learns a valuable lesson as Winn Dixie makes all these new friends and she eventually lets go of the thought of her mother. 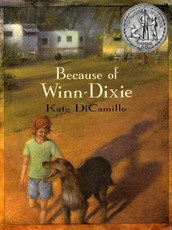 In my opinion, the book Because of Winn Dixie by Kate DiCamillo was much better than the movie that came out based on it. Personally I believe that movies never capture what books are truly about and never give the great details that books give as it left out many helpful details for character development. For example one being in the book Opal's dad told Opal more about her mom, at least ten things, where as the movie just left it as she left them. 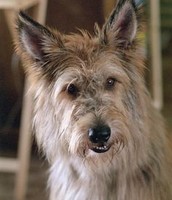 In both the movie and the book, the theme of friendship is portrayed the same way. Opal meets Winn Dixie and makes her first friends as they become soul mates for life. She then meets a line of people who also ultimately become her friends as well. Otis the ex con is a store manager who gives her a job, Amanda who she originally thought of as "pinched faced" and not very nice, Gloria dump who was thought to be a "witch", and the local librarian. Each and everyone of them had there own way of influencing Opal from being a maternal figure in her life and giving her someone to talk to or even just being that best friend. By the end of the story, Opal Is standing together with all of her new friends made. 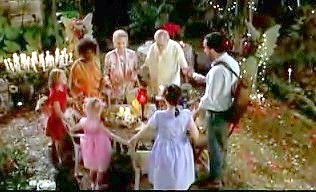 The movie as said previously had developed relationships differently than the book. The book went into detail more of course . For example Opal in the movie was left with more unanswered questions about her mother. He father never really wanted to talk about it with her although it was hinted in the movie. Another difference for character's relationship was the landlord in the movie that wasn't apart of the movie. He poses as a threat to Winn Dixie due to the fact that he doesn't want him there living with Opal and her father the preacher, but he eventually warms up to Winn Dixie. In the movie the they also mad the characters personalities different to enhance their characters like the ex conn. Also the importance of friendship wasn't as drastically emphasized as it was nor was everything tied back to her mom in the movie. 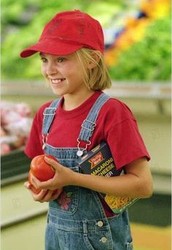 As also mentioned earlier, their weren't major differences in the movie and the book because the movie producers did a good job in keeping the man characters the same jus slightly different in their actions. India Opal Buloni was described as a not to wealthy girl who was going to grow up without her mother and just her father in Florida. Opal's mother we discovered only in the book had loved Opal very much but was deeply troubled in that she was an alcoholic and didn't enjoy being a preacher's wife. It is also shown that Opal and Winn Dixie find another common interest in wanting to be loved because of her other leaving her and Winn Dixie being a stray. Also the two of them together seem to find the best in people.