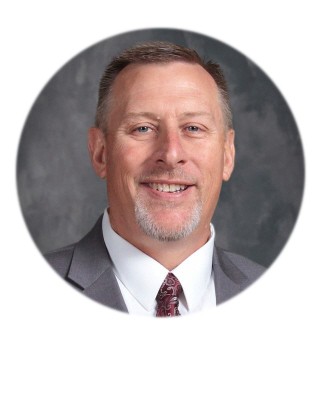 Cold Days, Snow Days, What the Heck is Going On!

If it wasn’t enough that we had to make a plan for education in the midst of a flood in 2019 and then a pandemic in 2020, but now we are in the midst of one of the hardest winters in recent history.

We have had more snowfall this year than the past ten years, and we are experiencing record low temperatures. Many don’t know what happens behind the scenes in the decision-making process as to whether we have school or not. So, hopefully I can shed some light on what our school district does leading up to, during, and after a weather event or emergency?

There are many myths and homegrown practices that students use every time they see a snowflake. They will wear their pajamas inside out and backwards, sleep with a spoon under their pillow, flush an ice cube down the toilet, or sleep with your feet on your pillow and your head at the foot of the bed, and my favorite ... Deliver peanut M&M’s to the superintendent’s house! I have been called out on Twitter, Facebook, Instagram - you name it - begging. All of this for a “SNOW DAY”.

Many schools, including Columbus Public Schools, receive weather alerts, updates, advisories, and warnings from the National Weather Service offices in Valley and Hastings. We begin receiving this information as far ahead as 5-7 days about the potential of a significant storm, snowfall, ice, or temperatures. We spend those 5-7 days monitoring the information leading up to the weather event.

If only storms would be timed just right, so we could make decisions before dinner the night before or even better happen on Friday nights, so we don’t have to worry about them affecting school functions. Wouldn’t that be great! But no, it doesn’t work in our favor like that. It has, and we love it, but more times than not we are making decisions on the safety of our students and parents.

So here’s a quick breakdown of what we do if we cannot make the call the night before. It is all dependent on the timing of the storm.

There are other things being done during this process like cleaning our sidewalks, snow plowing our parking lots, and salting our entries. There are many moving parts in making this decision, and we always know either way it will be unpopular to someone. Be assured that we make decisions based on the safety of our students. People will disagree and that is OK. Parents have the ultimate say when it comes to whether or not they want to bring their children to school on inclement weather days.

I hope this helps to understand what we do as a school district when cancelling school for weather events. Advisories are different from warnings or blizzards. If you have any questions, please contact your school or the district offices. 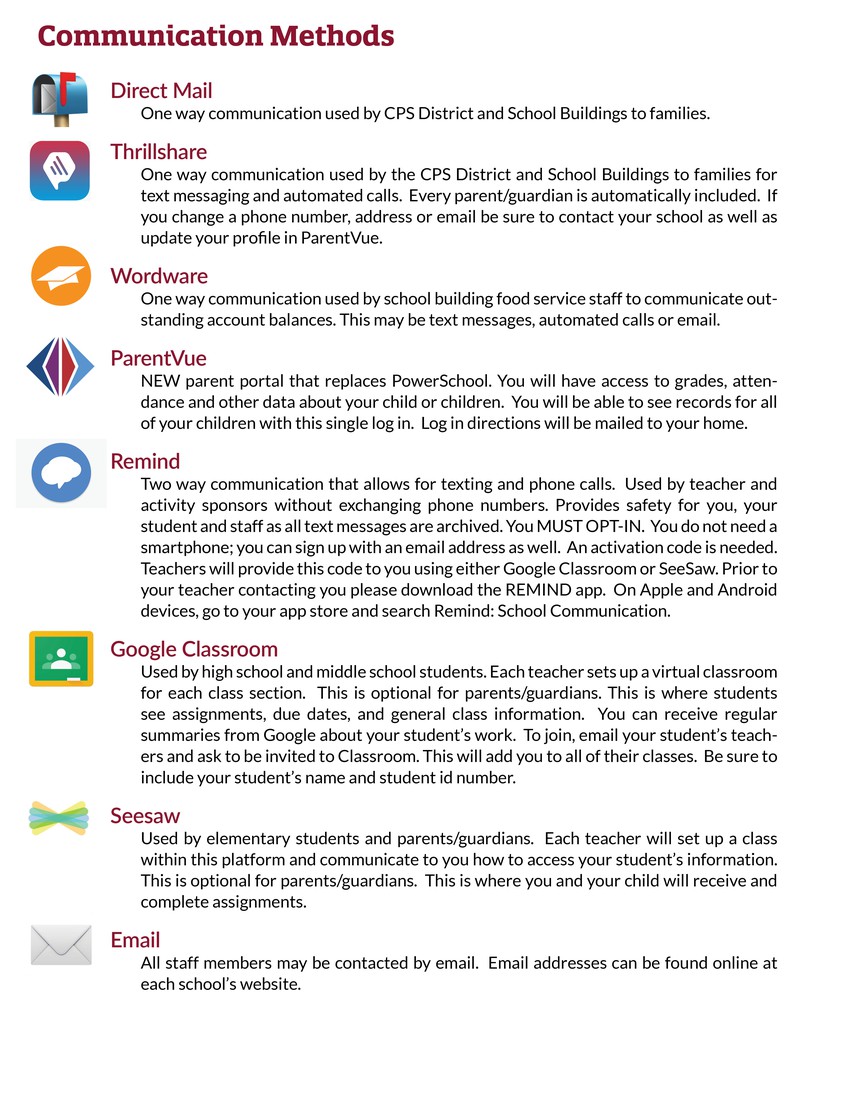 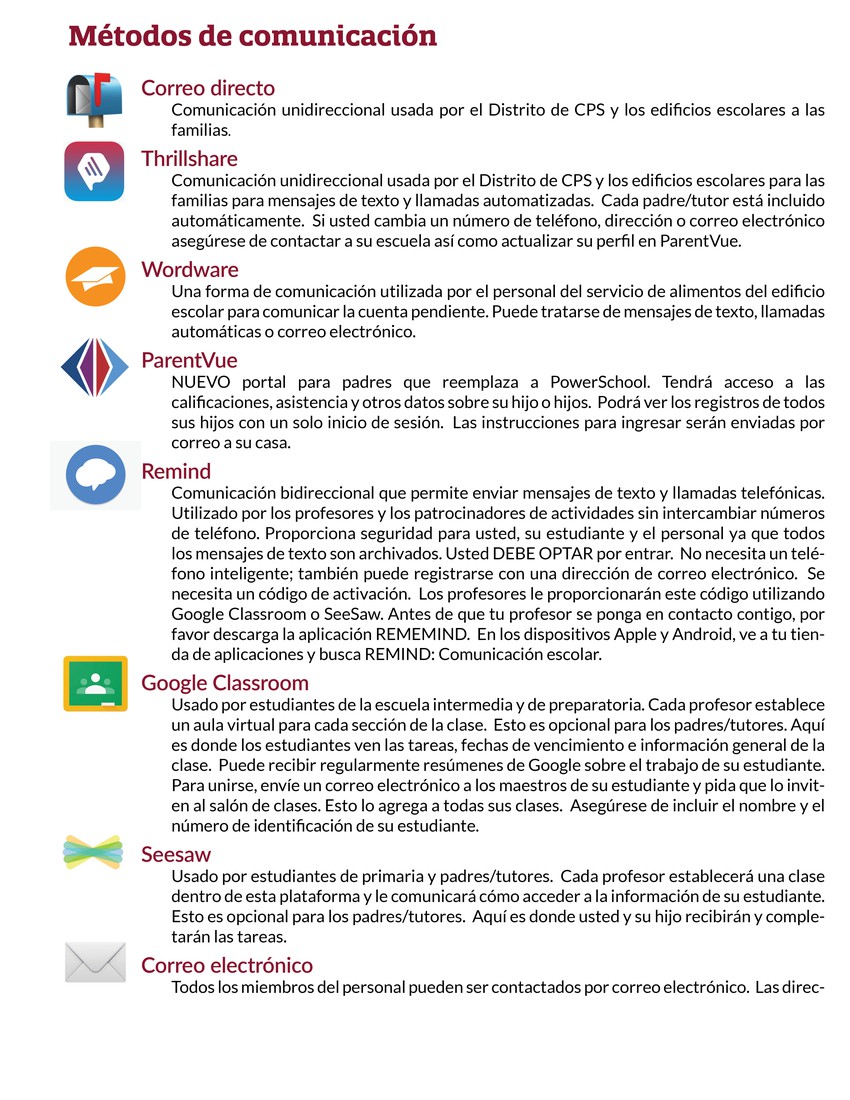 For many, winter is an exciting time for students and staff. It brings some great outdoor activities. It also brings cold weather, ice, and snow, which can present danger to everyone.

That doesn't mean you can't enjoy the winter!

As CPS prepares for winter safety, please remember that icy conditions are one of the most problematic conditions that we deal with. The maintenance and custodial staffs do their best to keep sidewalks and parts of parking lots clear and passable.

That doesn't mean that we can salt or sand an entire parking lot.

Below are other safety tips for you to consider for home or school:

Finally, CPS has designated set temperatures for classrooms and other spaces. Our goal is to maintain building temperatures around 68 degrees. That doesn't mean because of your location within a building that we don't adjust that setpoint. When doors are being opened often for events or are held open, maintaining that goal is almost impossible. All CPS buildings run through a commercial HVAC control system. 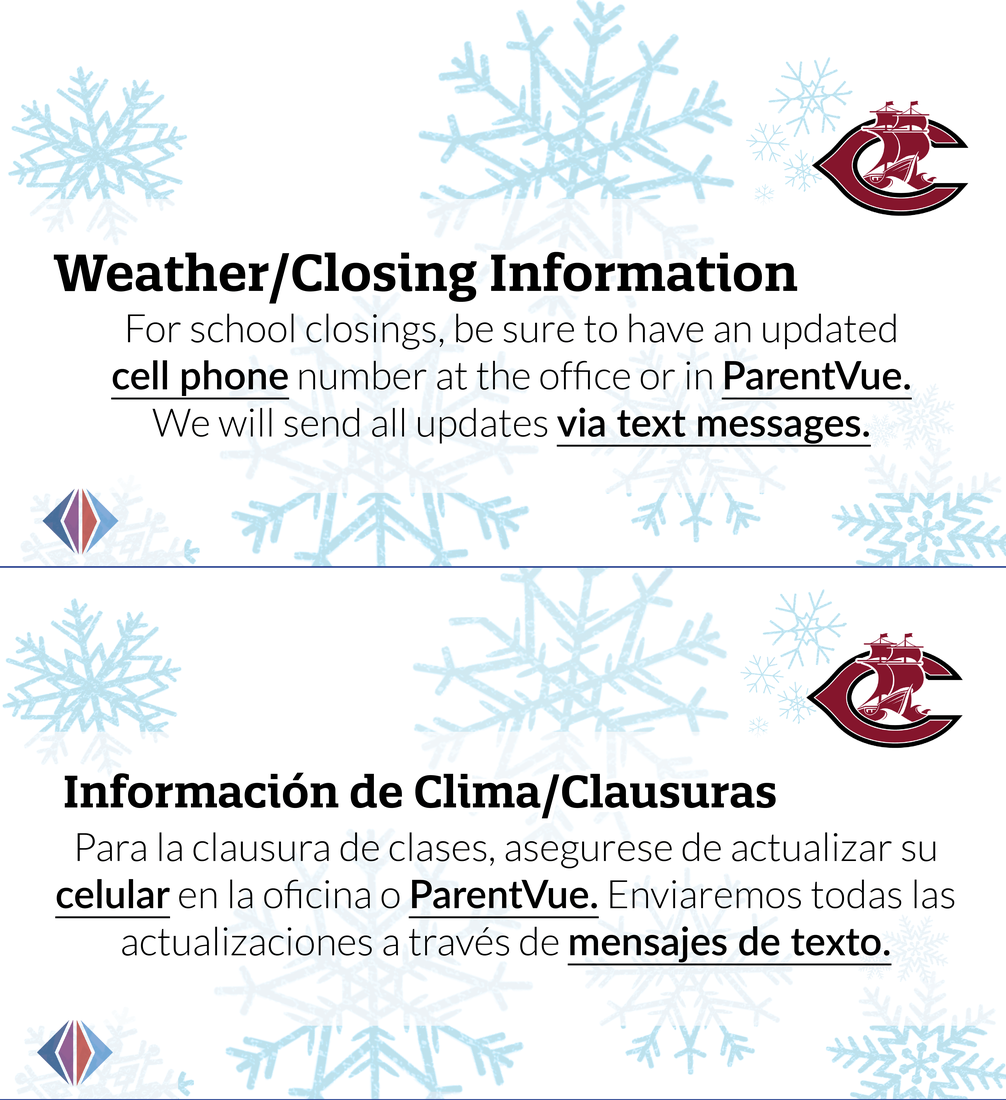 The 2021/2022 District Calendar has been released. Check it out today! 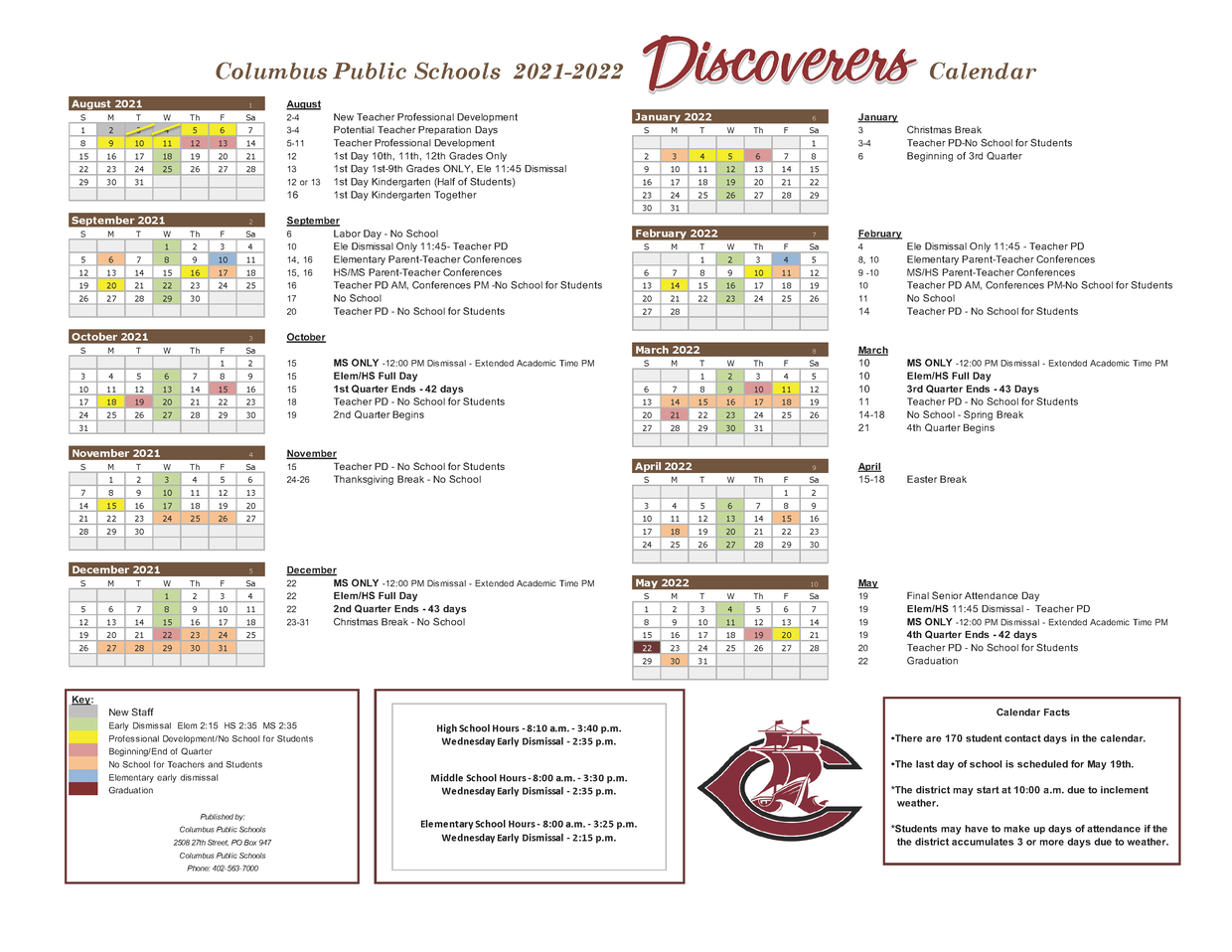 which must be one of the following: 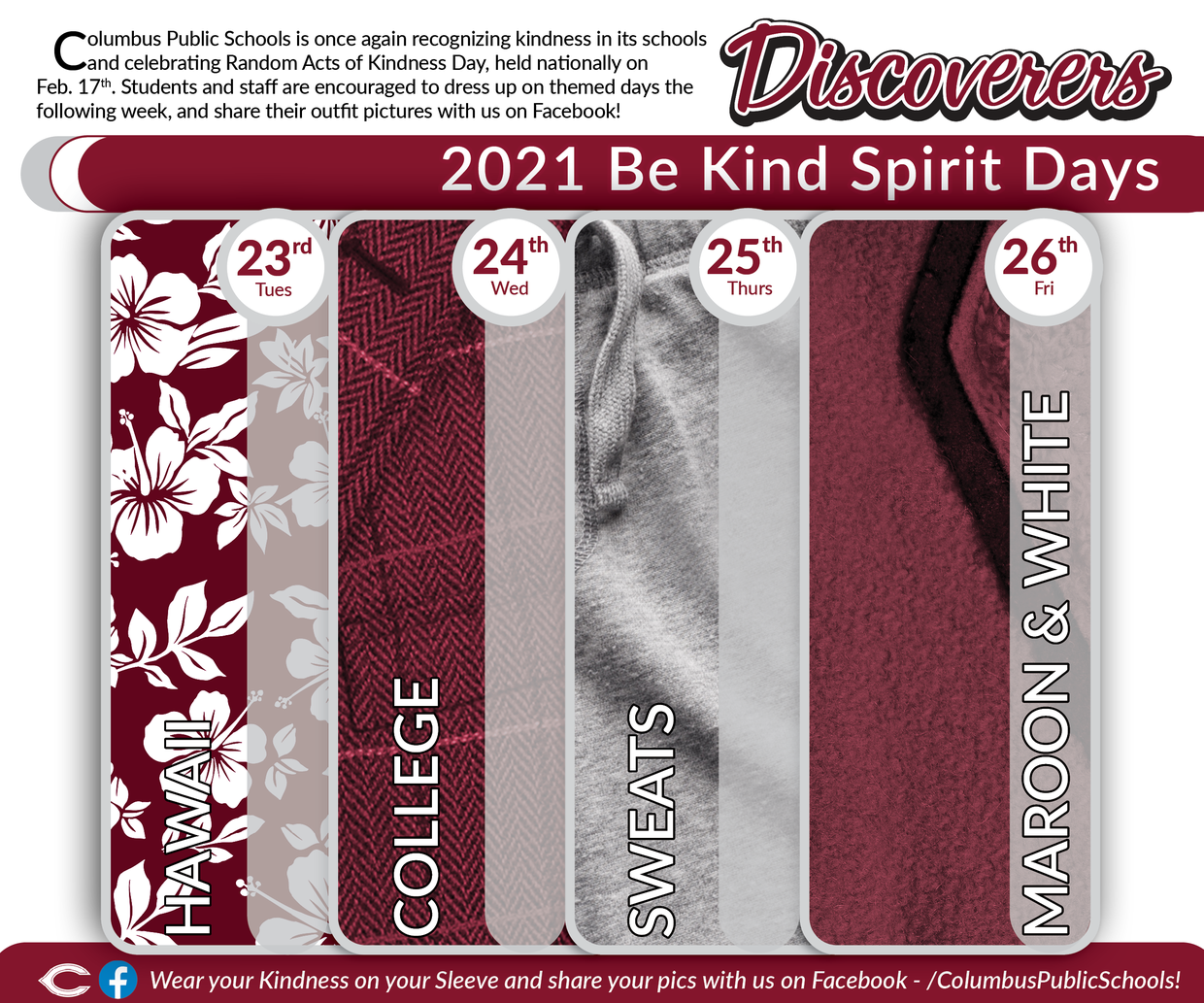 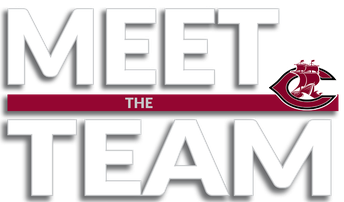 Since the fall of 2020, CPS has produced more than 20 short videos introducing you a wide-range of staff members across the district. The above video is of district Lost Creek Pre-K Teacher Christa Schieffer. 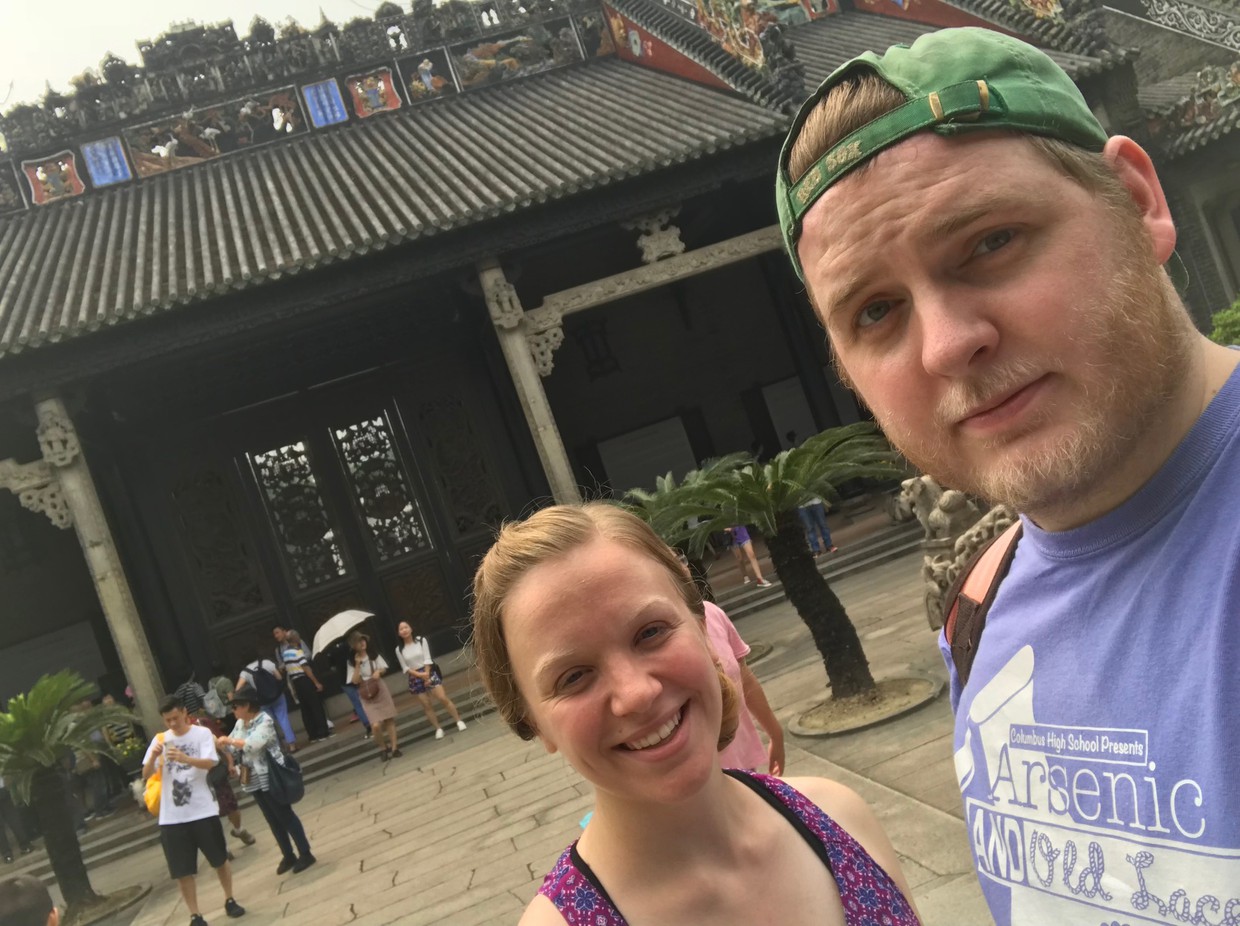 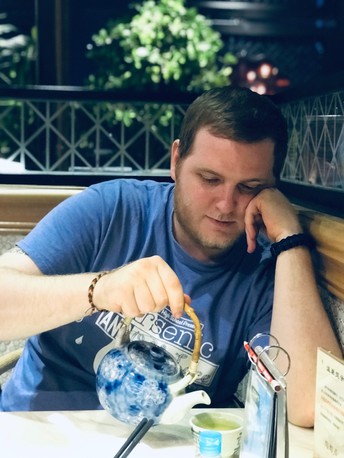 Of course, it is a different number. “One over,” he recalls.

But it also changed in decor.

“Ireland, Spain, the Philippines, Hong Kong, Taiwan,” he said, describing his updated flag collection that now hangs on his walls. “(Those are) just from some of the places we’ve been.”

Belvery, who returned to CHS this year, first taught at Columbus in 2015. He spent three years as an English teacher, moving to Shenzhen, China in 2018.

“It was always kind of something in my mind, to go international and travel internationally. In college, I just couldn’t afford it,” Belvery said.

But how does one end up teaching English in China?

Maybe it was Belvery’s interest in the world.

“I’ve always been intrigued by international (travel) ... different cultures. The way different cultures view the world has fascinated me. That cultural approach to everyday life, it’s just interesting,” he said.

Or maybe it was for a girl.

“Yeah, that’s putting it simply,” Belvery said with a laugh.

Belvery, unlike Emily, is not fluent in Mandarin or Cantonese, the two languages most often spoken in Shenzhen. “I knew enough to get by,” he said. “I could understand more than I could speak, but it was very situational.”

Shenzhen is located in mainland China and serves as the link between the mainland and the Hong Kong peninsula. The city is home to around 20 million people and there are “probably 100 million people in the delta area,” Belvery estimates.

“A lot of people know Hong Kong, Shanghai, they know Beijing,” Belvery said. “It’s a city very few people have heard of, but it is a massive city.”

We shorten this story down to fit in the newsletter, but you can read about Belvery's entire experience online at ColumbusPublicSchools.org. 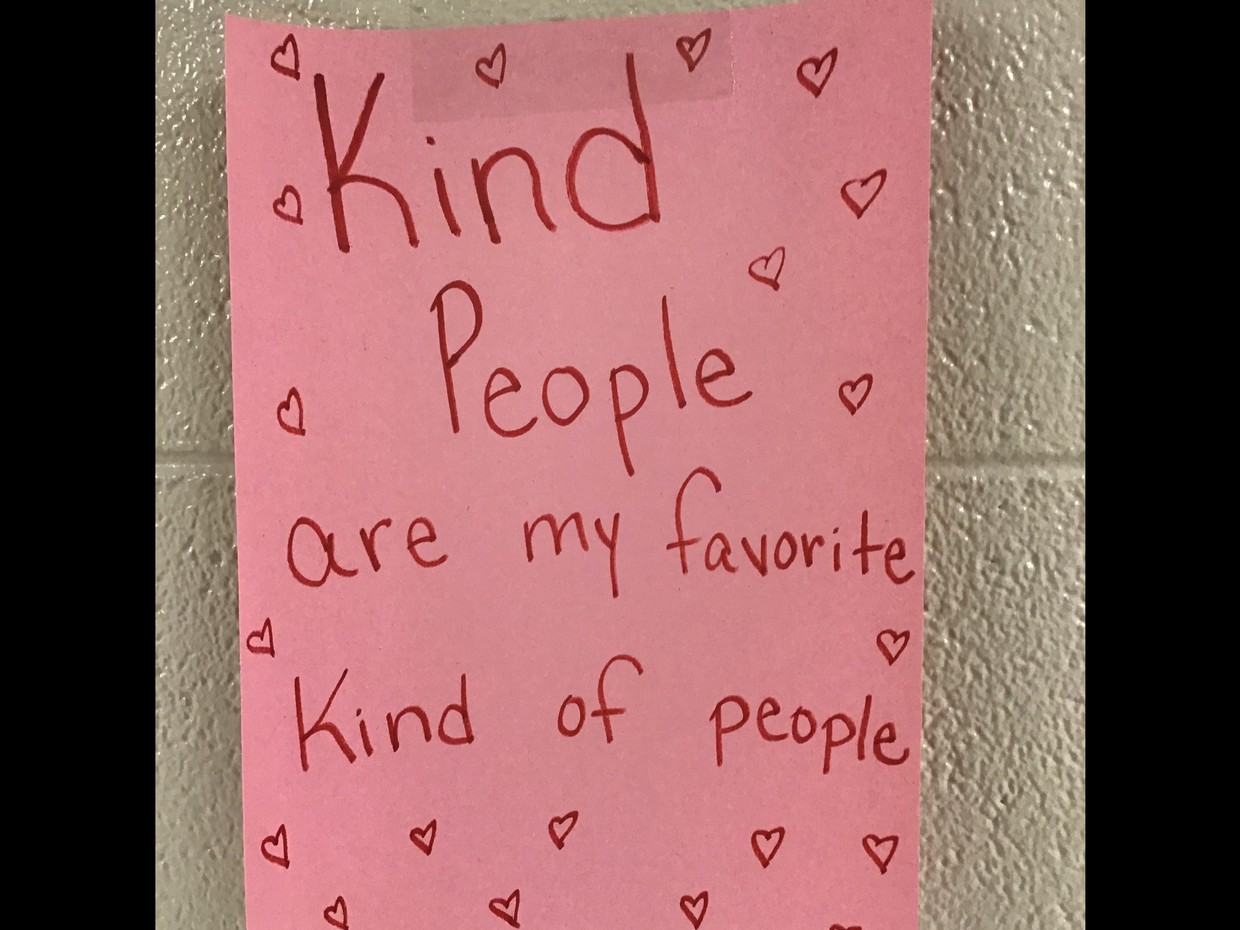 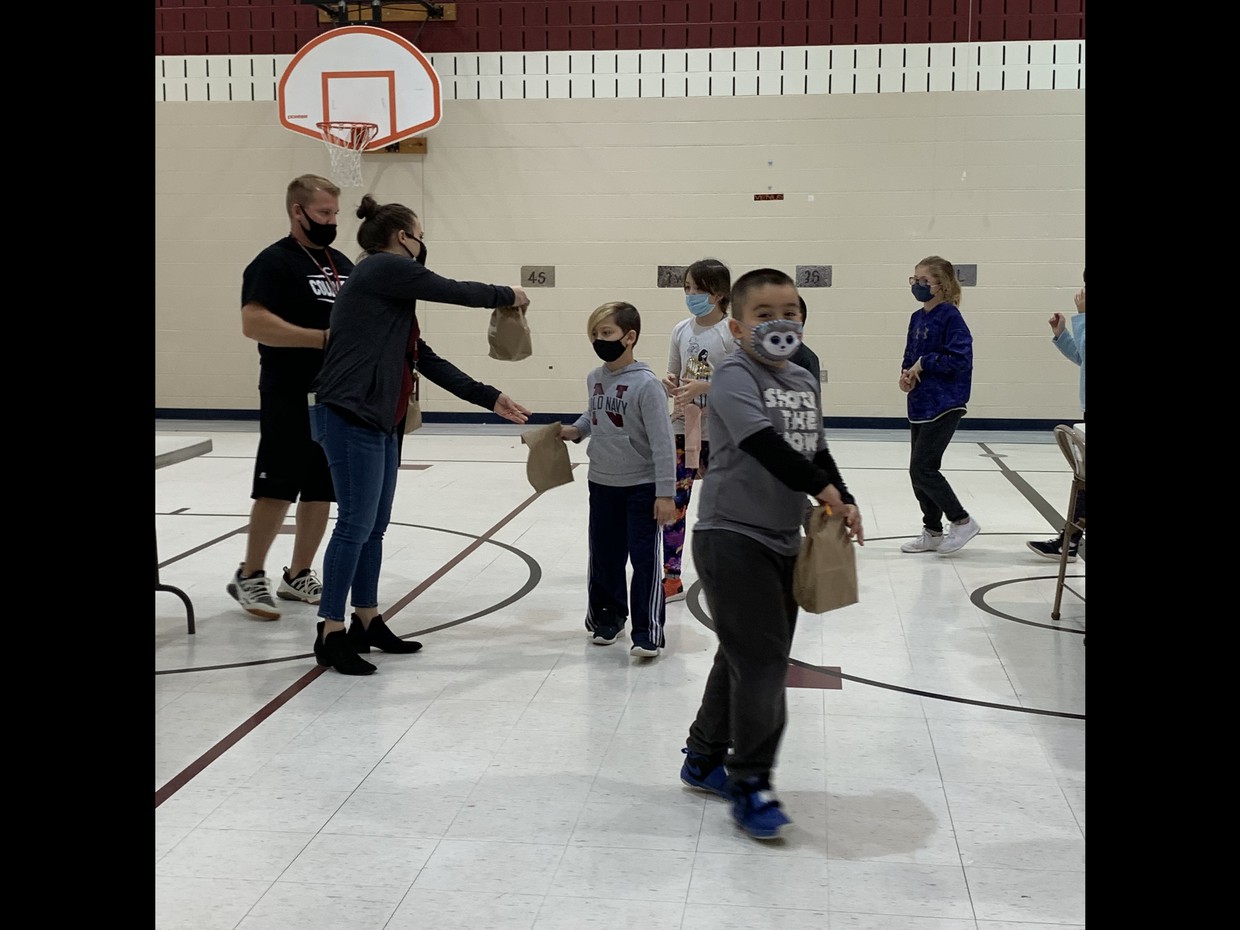 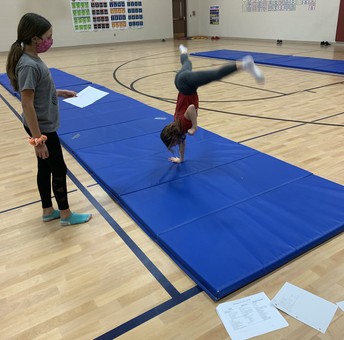 Stay Close To The Nest

Find news, updates and links to the weekly calls from Lost Creek Elementary online at ColumbusPublicSchools.org!

👈 👈 Read more about how the LC Eagles are learning to fall during Mr. Tomasevicz tumbling unit of his health and fitness classes by clicking the photo on the left. 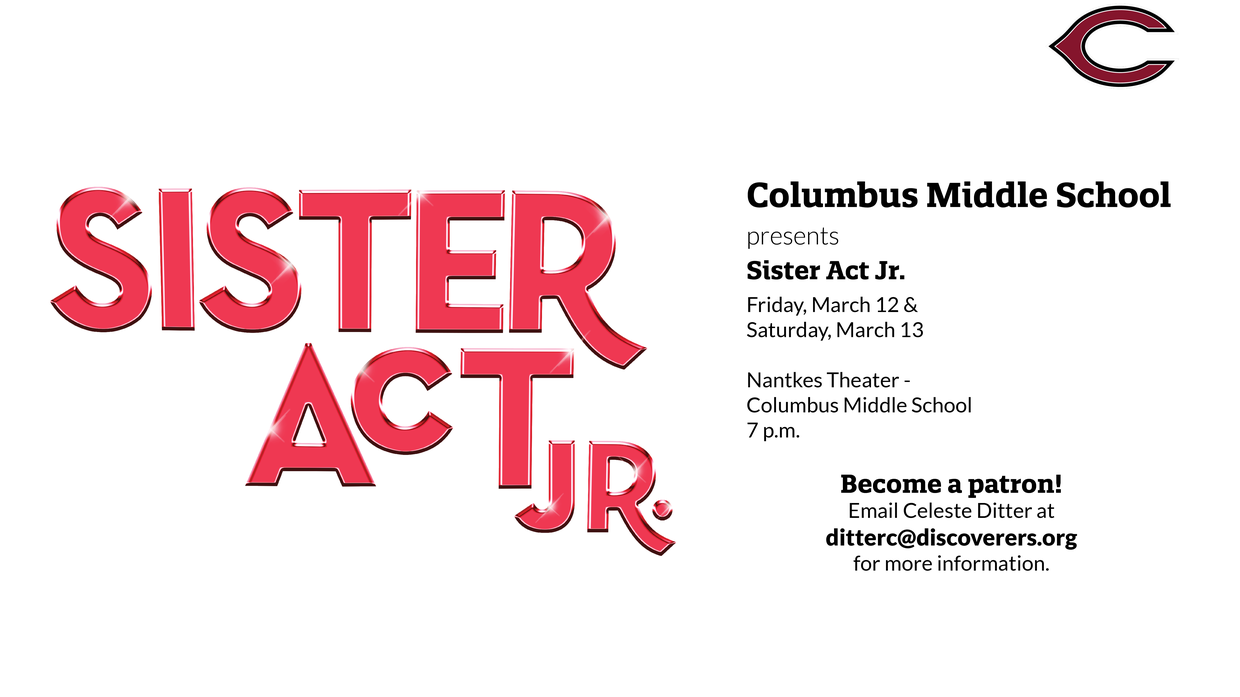 CPS is excited to have partnered with Columbus Community Hospital this year to bring live Discoverer activities to you, our families. Their generous contributions have helped produce dozens of live activities from band and theater performances to action on wrestling mats and volleyball courts and more.

These live events have also created an opportunity for those behind the scenes to gain countless experiences and really grow their skills. 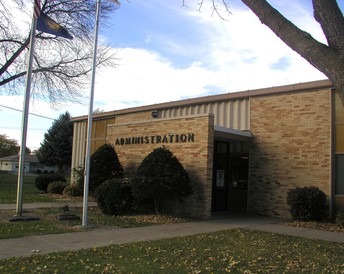 If you have any special needs requests that will assist you in participating in services, programs and activities of the Columbus Public School District, please contact your building principal or the Superintendent of Schools.

2508 27th St, Columbus, NE 68601, USA cps.pr@discoverers.org 402-563-7000 columbuspublicschools.org
Embed code is for website/blog and not email. To embed your newsletter in a Mass Notification System, click HERE to see how or reach out to support@smore.com
Powered by Smore
Powered by Smore