carrington is using Smore newsletters to spread the word online.

Get email updates from carrington:

When my mom was giving birth I could have died if she didn't push me out with one more push. Luckily she did and I was born April 6, 2001. My mom was the one who have me my name, my dad had no say in it at all. I was born in Quinland and lived threre until I was about one. We then moved to Forney and have been in three different houses since then. When I was a baby my first word was dadda instead of momma. My favorite thing to do when I was a baby was to scream into the vent as loud as I could. When I got older and was still in a crib I would kick the wall and move the crib to a spot where I could climb out. I was a very mistevious baby. One time when our power had gone out in our house I grabbed the candle from the table and drunk the candle wax! I would also crawl around with out dogs (which were labs) and follow them around the house.

I have two brothers Dillan and Briley. We were like partners in crime. We would do things like dump paint down the toilet and cut my younger brothers hair. My older brother dulan is fifteen and my younger brother is eleven. When we were younger we liked to do mistevious things. One time when i was about six we put soap on the kitchen floor which we got from under the sink. We spread it all over the the kitchen while Dillan blew bubbles. When my mom saw us she immediately orders child safety licks. My older brother is definitely my favorite. We rarely fought but me and my younger brother fight all the time.

My mom's name is Natalie. She is very pretty and works at a hospital. She is 35 years old and loves being a nurse. My dad'a name is Paul. He was named after his dad's middle name. He is 37 and works for a fencing / welding company. They both met at a movie theater watching Blade. They feel in love and got married at the church here in Forney. Me and my mom like to go shopping together. Me and my dad like to do things like go eat lunch together.

My dog is as hyper as a six years old

He runs around the house at 70 mph.

When I'm sitting on the couch he bites my toes

He loves to sleep on my bed

And always wakes me up at five O clock

He also likes to get dirty and roll in mud

My dog is my baby

I love him more than anything.

When I was little I had six cats. I loved them and we kept then for about a year. Until something bad happened. We were outside and we kept the kittens in out garage ( we kept 2 fans and air conditioning.) my favorite cat ever named Bella was in the garage. She got to close to the wheels that open the garage. Long story short she died and I cried forever. I thought oh well I can go see my other cats. But then something else's happened. The mom Chloe was sleeping under my dad's tire he didn't look and accidentally ran over her. We barrier both of them under the big oak tree in our front yard. I was really sad then and my dad decided we had to get rid of the rest. So now Chloe, Bella, Edward, Shadow and Leona were gone. Luckily one of my cats freckles was smart and climbed the tree so the guy wouldn't take him home with him. We had him for about a year but sadly got rid if him.

One embarrassing moment I had was when I was in sixth grade. This is going to sound really bad and make me look bad but I figured why not. We were all in sixth grade trying out some instruments one time. I was in the very back of the line waiting for the bassoon. It was taking forever and I really had to pee. So I sat there and I was just about to go up when it happened. I told the lady I had to use the restroom but she wouldn't let me. I ran to the bathroom anyways. But on the way there I peed my pants. I was so embarased!! I mean I was a sixth grader, sixth graders don't do that! I had to go to the nurse and get an extra pair of pants. I later found out my friend Cheyennee saw me pee my pants! She laughed her butt off but luckily she was a good friend and didn't tell anyone. 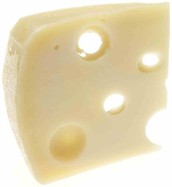 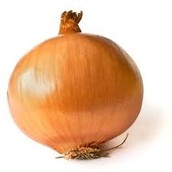 Write about a time that made you cry

Overall I'm a animal loving thirteen year old girl. I love crafts and I am pretty laid back. I try not to worry a lot about everything. Which can be hard sometimes with school. I love hanging out with friends and family. Most of all I am in LOVE with One Direction. I also like going to my grandparents house. They have horses and all kinds of animals that I can see. I love my family and love going to the beach. We always rent a big condo and everybody stays with us in Alabama. And that's basically me. 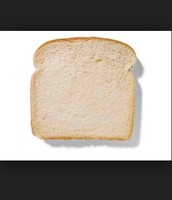 carrington is using Smore newsletters to spread the word online.