Matapu School Board of Trustees

Matapu School Board of Trustees

The BOT elections for 2022 have closed and it's fantastic to be able to announce a new BOT to guide us through the next three years.

The successful parent representatives are;

The successful staff representative is;

Glen has been part of the Matapu BOT since being elected in May of 2016 and chose not to stand for re-election. His services and dedication over this time have been immense and the dynamics he brings to the table will definitely be missed. Always quick with a joke or some light hearted banter, but also displaying the ability to solve any problem with the schools best interests at heart.

Glen has had the responsibility of community liaison while being part of the BOT. This has involved interacting with and on boarding sponsors which make up a big part of the extra funds we as a school receive. He has done a brilliant job of this and who can forget his efforts on the gala day microphone over the years.

Emma has done a tremendous job of what could be one of the hardest jobs of the BOT, as secretary she has recorded meeting minutes and been involved with everything behind the scenes that keeps the BOT running in the right direction. Emma has decided it's time for someone else to take over the role and she leaves some fairly big shoes to fill. Since joining the BOT in 2015 she has excelled in her job as the BOT secretary. Her attention to detail and overall knowledge of how the school and BOT functions will be a big loss. Emma will remain in her role running the school office.

From the BOT a massive thank you to both Glen and Emma. The BOT role can often be a demanding and challenging job but you have both given it 110% and we all appreciate your time, energy and commitment.

A big congratulations and thank you to the remaining BOT members. You have all done an outstanding job and it's fantastic to see everyone returning for another term. The stability and direction we have within the BOT at Matapu is amazing and adds a lot of strength and depth to the overall running of the school. We have achieved a lot but certainly still have more to do so thank you for your ongoing commitment. 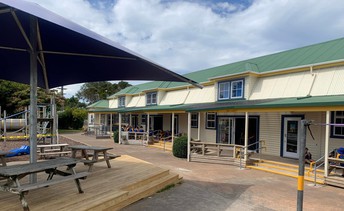 Follow James Willson
Contact James Willson
Embed code is for website/blog and not email. To embed your newsletter in a Mass Notification System, click HERE to see how or reach out to support@smore.com
close