caroline is using Smore newsletters to spread the word online.

Get email updates from caroline:

Between television ads, magazine covers, celebrity influence, and peer pressure, teens are held to unrealistic beauty standards. Between the ages of 13 and 19, people are more aware of their looks than at any other age. This is why an astounding 236,000 cosmetic surgeries were performed in this age group in 2014 alone (Zuckerman 1). The price of plastic surgery, even though expensive, is still assessable to the middle class. It is common for girls to get surgery "gifts" for events like graduation, to make their bodies and faces look better to themselves or others. Very limited studies have been conveyed of the long term risks of teen plastic surgery (Zuckerman 2). Since teens are not well informed, they could be overlooking the negative side of plastic surgery. Teenagers should not get plastic surgery because, at such a young age, teens are not mentally or physically prepared, and it could cause health risks in the future. 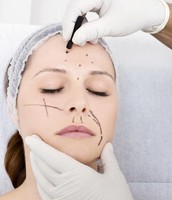 Plastic surgery has many benefits. For example it can help to boost a teen's self-esteem. Society can be cruel and rude and can make a huge impact on how one sees themselves. The way a person sees themselves can affect their personality, academic performance, and emotions (Lusted, 44). Being a teen means you are in the most vulnerable period of life. Having birth defects can also put a child in a self- conscious state. Plastic surgery can correct birth defects, burns, and injuries (Lusted 11). Some kids are teased for overlarge and oddly shaped birthmarks, others for big noses or large ears. With today's technology the bullying can be minimized. With more proportional features and corrected skin, teens can be treated more normally by adults and other peers.
Teen Bullied into Plastic Surgery

Teenagers should not get plastic surgery because they are not mentally or physically prepared. Teen bodies are still maturing and growing. Even if a teen is fully grown they still might not be mentally prepared for the outcome. Teens think plastic surgery can fix their issues but they must have realistic expectations of the procedure. Surgeries performed at age 16 are likely to be out of proportion by the age of 25 (Lusted 48). As teens mature their body image tends to improve with or without plastic surgery. Some plastic surgeons, or health practitioners, have the opinion that children under the age of 18 should only be getting plastic surgery for medical or psychological reasons (Fairfa 1). Teenagers typically do not have the ability to rationalize their decision in a long term time frame. If teens do not consider the short term side effects of things like tanning, smoking, and other risky behavior then they also are unlikely to evaluate the long term effects of something as permanent and serious as plastic surgery. 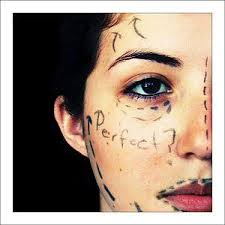 Another reason not to get plastic surgery at a young age is because of the health risks in the future. Cosmetic surgeries are becoming more popular and have leaped almost 500% from 1997 to 2007 (Lusted 25). The things people are forgetting are the side effects, whether they happen within the first year or in the following ten years. When getting plastic surgery they automatically put themselves at a higher risk to have body dysmorphic disorder (Zuckerman 3). Most side effects happen in the first three years or later down the road. Women between the ages of 18 and 21 tend to gain weight and feel the need to get liposuction to correct their figure. Even something like liposuction can cause eating disorders, distorted body image, infection, damage to skin, nerves, or vital organs, fat or blood clots that may migrate to lungs and cause death, and excessive fluid loss that can lead to shock or death (Zuckerman 4). Getting the initial procedure done is expensive and some may not be able to pay for any mandatory correction surgeries if something goes wrong.

Through the good and bad, plastic surgery still possess risks. The goal of plastic surgery is to truly improve one's appearance, but it may be hard to distinguish between this desire and a flaw that is so minor that a correction would never even be noticeable to others. Television programs and magazines boast that a perfect body is important and attainable. What teenagers fail to understand is that through the ability of lighting and markup, actors appear more physically appealing. In print ads, where virtually no photo goes unaltered by editors, even top models and celebrities have their photographs significantly retouched. These images continue to show a false, unattainable level of beauty that cannot be achieved by the average person with or without plastic surgery. Teens cannot comprehend that no surgical procedure is risk free. Overall, their decision depends on their reason and expectation of their surgery. But is a possible side effect of death worth it just to look better?

caroline is using Smore newsletters to spread the word online.