Family Bible time for the week of March 13-March 20

Family Bible time for the week of March 13-March 20 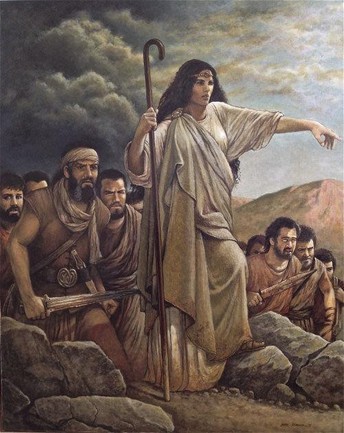 What makes a person wise?

Joshua led the people to drive out many of the Canaanites by God’s power, but after he died, the Israelites started letting some of the Canaanites live. Moving in next door to the Canaanites was against God’s will for His people, and it would prove to be their downfall, as they fell away from

God and into idolatry. At this time, there was no king in Israel. God was to be their king, and He appointed judges to lead and deliver His people. Over a period of three hundred-plus years, the people repeated a cycle of idolatry, repentance, deliverance by a judge, and a fall back into idolatry. It was a spiritual downward spiral for God’s people. During this time, God raised up a judge named Deborah, who told the leader of the army, Barak, to go to war against the oppressive Canaanites. Barak wouldn’t go without Deborah, so she went with him, but told him the victory would go to a woman. Jael was the woman, an unlikely hero who lured the fleeing enemy general into her tent and drove a tent peg through his temple.

Dear God, help us to look to You for true wisdom and guide us in Your ways. In Jesus’ name we pray. Amen.

Deborah was a leader of God's people. She was a judge. That means she listened to people and helped them know the right thing to do. God gave Deborah the wisdom to be a good judge for God's people.

God gives us parents and others who guide us to know what is right according to God's will. We are wise when we listen to the people God has given us to lead us. We become wise by reading and listening to God's Word.

Jael trusted in God and knew the right thing to do: she was brave and killed the enemy army captain so that God's people would be safe. God saved His people from their enemy.

God sent Jesus to save us from our enemies too. Jesus won the battle for us over sin, death, and the devil when He died on the cross for us and rose again. We praise God for His love and forgiveness!

For the Lord gives wisdom. Proverbs 2:6

Dear Lord Jesus, You give us all that we need—forgiveness and eternal life in You. Thank You for also providing wisdom and guidance and people who can help us to know You better. In Your name we pray, Jesus. Amen.