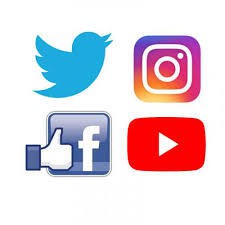 Follow us on social media for updates, information, and pictures

Click the button to recognize BRHS staff members that go above and beyond. Please take a moment to share why they deserve a Shout Out and we will recognize them accordingly. 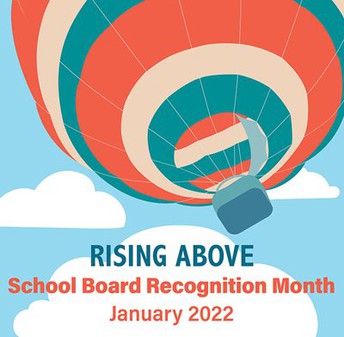 January is School Board Recognition Month and BRHS is honored to celebrate its trustees for their dedication and commitment to the district’s schools and students. Our school board members are selfless volunteers who spend long hours working to ensure all of our students have the opportunity to learn, grow, and excel. Celebrating School Board Recognition Month is one way to say thanks for all they do. Serving as a link between the community and classroom, school board members are elected to establish the policies that provide the framework for public schools.

The staff and students of BRHS would like to show our appreciation to the outstanding BRISD School Board for their support and leadership each and every day.

We are excited to be hosting Michael DeLeon from Steered Straight on Monday, January 10th to speak with our students, staff, and parents about vaping and vaping prevention. Mr. DeLeon has been speaking to students since 2000 about making good positive life-choices, the negative consequences of making poor decisions, and the dangers of vaping.

We hope to see our parents at the seminar to learn more about how they can help our students make good choices.

You can get more information by going to: https://www.steeredstraight.org/ or by watching the video below.

February 1-5 - Forth Worth Steer Show

Click the button to be taken to the BRHS Events Calendar. 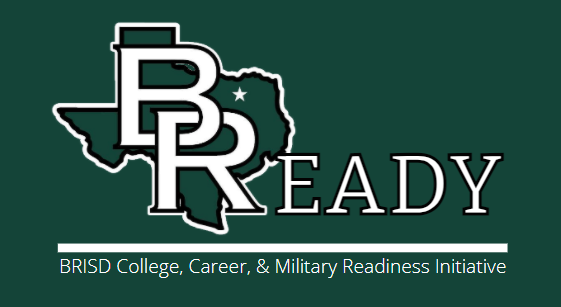 Click the button for an overview of the college planning process. 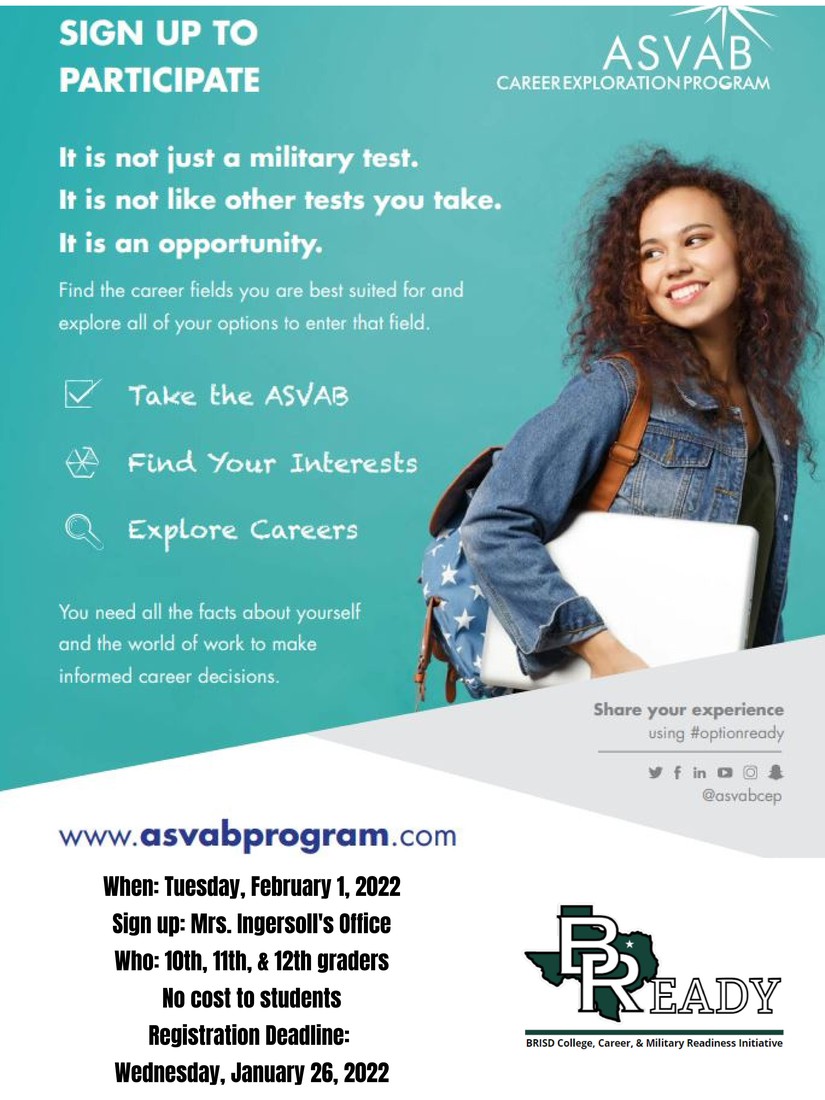 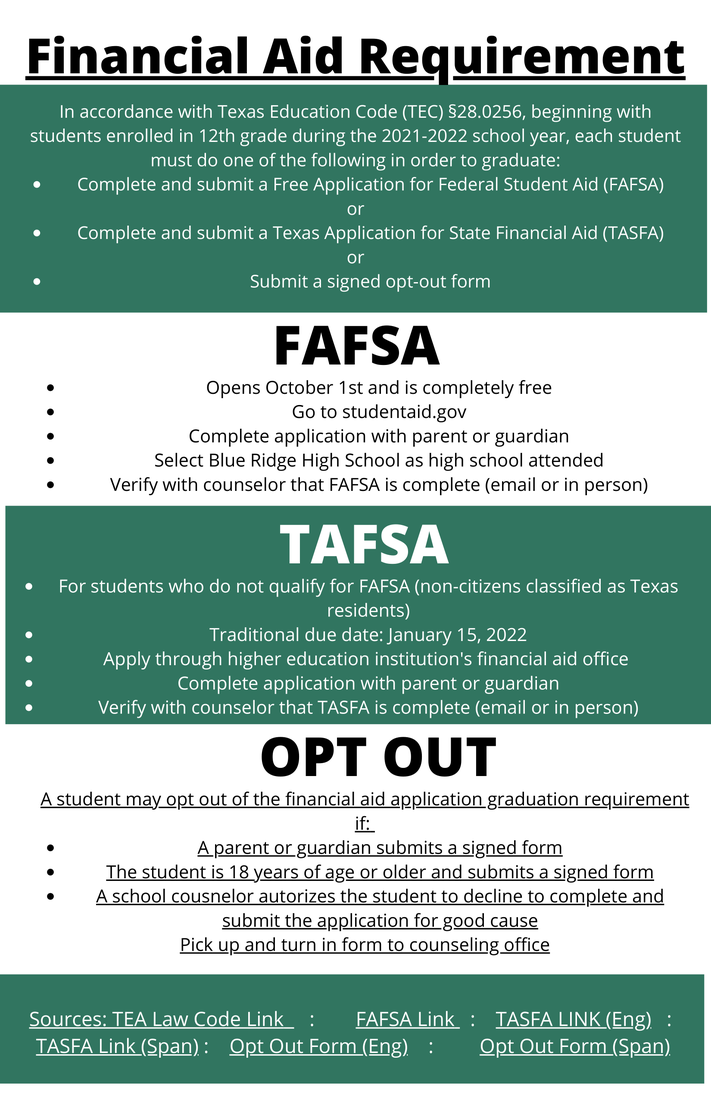 Click the button for helpful information about the financial aid process and other resources.

Click the button for information about national scholarships available to seniors.

Click the button for information about national scholarships available to underclassmen. 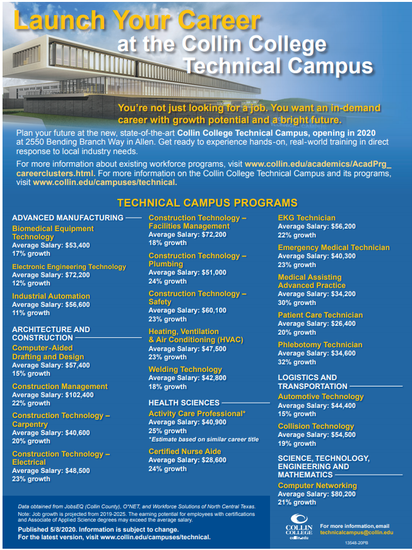 Click the button for more information on the BRHS CCMR process.

Click the button for information about the tuition support programs available at colleges and universities throughout Texas. 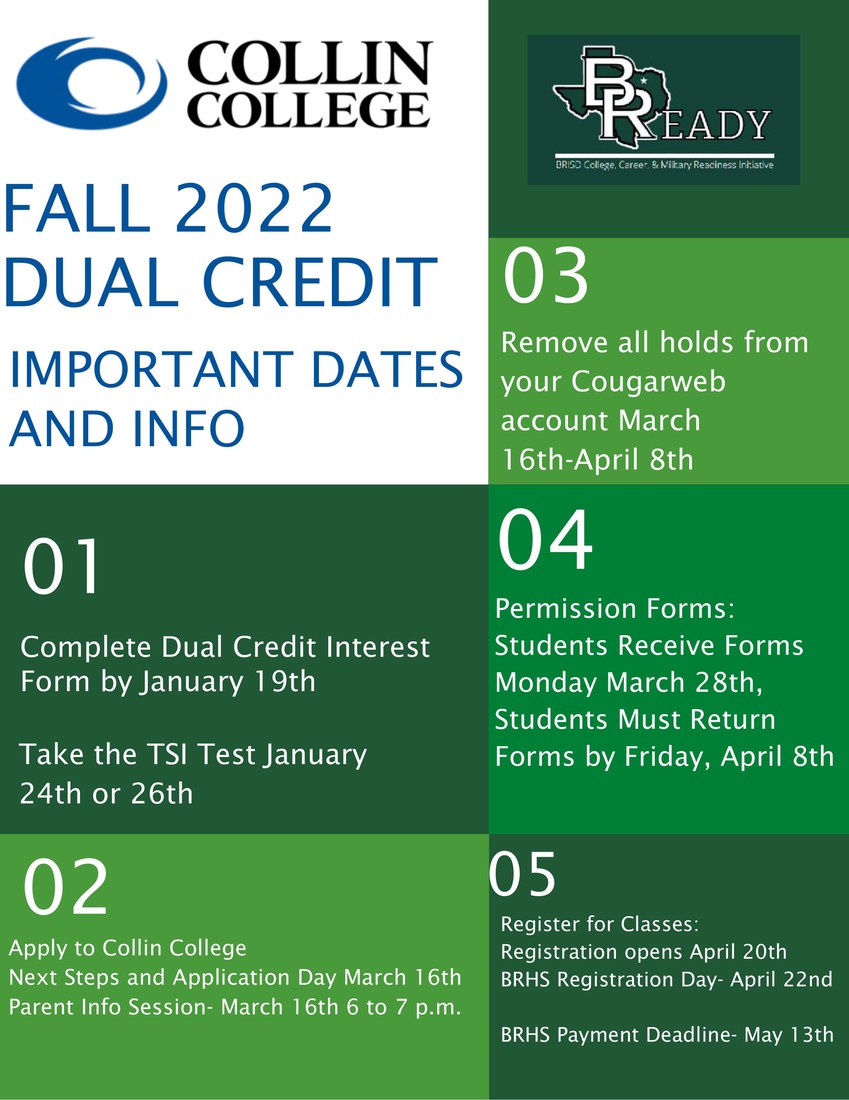 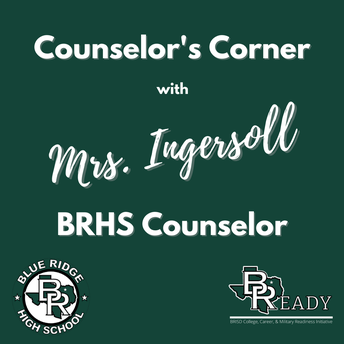 As we look toward the spring semester, I hope that you will enjoy time to regroup and recharge over the holidays and enjoy spending time with your family and your friends.

A few important dates that will be coming up when we return in January are as follows:

Students who are interested in beginning dual credit courses in the 2022-2023 school year need to take a look at the attached document for upcoming important spring dates and deadlines. Students need to fill out an interest form that will be posted in the Student Google Classroom by January 19th in order to begin the process to participate in dual credit for the next school year.

The ASVAB Career Inventory and Military assessment test will be offered on February 1 and is open to all 10th, 11th, and 12th graders. Deadline to sign up is January 26th. Please see the attached flyer for details.

Juniors and seniors who are interested in visiting Tarleton State University on February 2 will need to bring $10 and their signed permission forms to Mrs. Ingersoll's office. Deadline to sign up is January 28th.

Seniors- Please complete our survey on your post-graduation plans. Once you make your FINAL decision, please bring your acceptance letter or admission banner by the counseling office so we can take your picture and put your info up on our Senior Decision Hall of Fame that will take shape after we return from the break.

FAFSA opened October 1st. FAFSA Completion, or signing the Opt Out Form is a graduation requirement this year. Most schools in Texas have a priority deadline of January 15th, so make sure to get them completed ASAP!

Federal student aid from the U.S. Department of Education (ED) is money to help you pay your education expenses at a college, career school, university, or graduate school. The quickest way to apply for federal student aid is online at fafsa.gov, where you will find the Free Application for Federal Student Aid or FAFSA

Tip: Before starting to fill out your FAFSA, make sure to create your FSA ID—a username and password that is used to access ED’s websites. Your FSA ID is used to confirm your identity and electronically sign your federal student aid documents, including the FAFSA. To create an FSA ID, visit StudentAid.gov/fsaid.

Here's wishing you a very Merry Christmas and a Happy New Year!

Click the button to go to the BRHS Counseling Website for updated information on scholarships, transcripts, course catalog, and mental health resources. 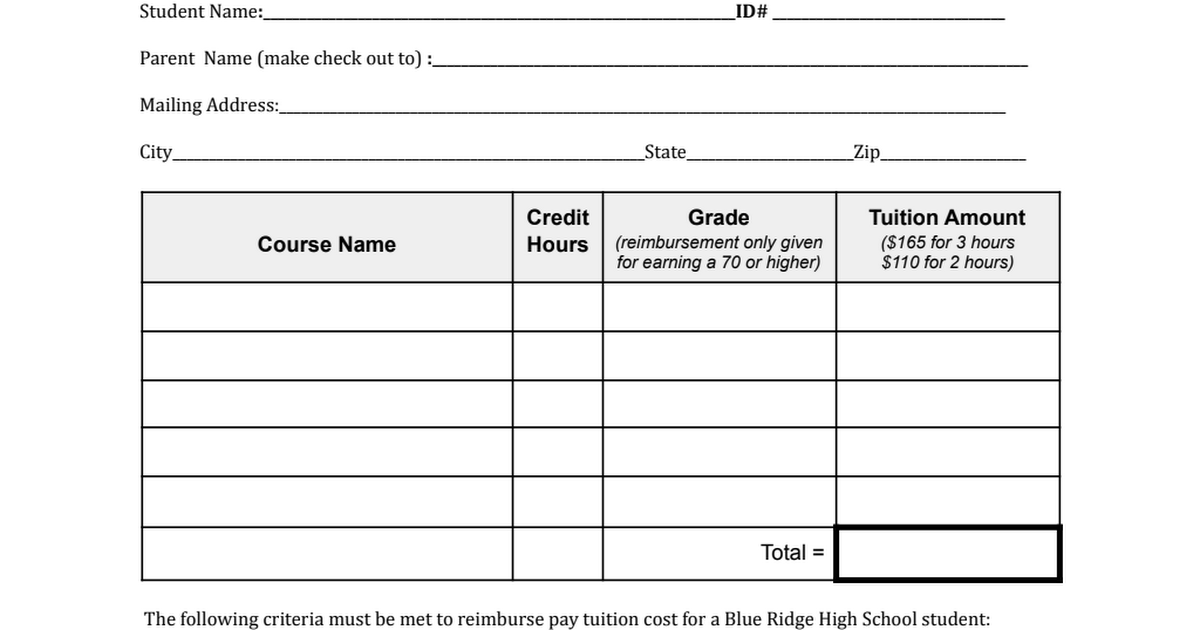 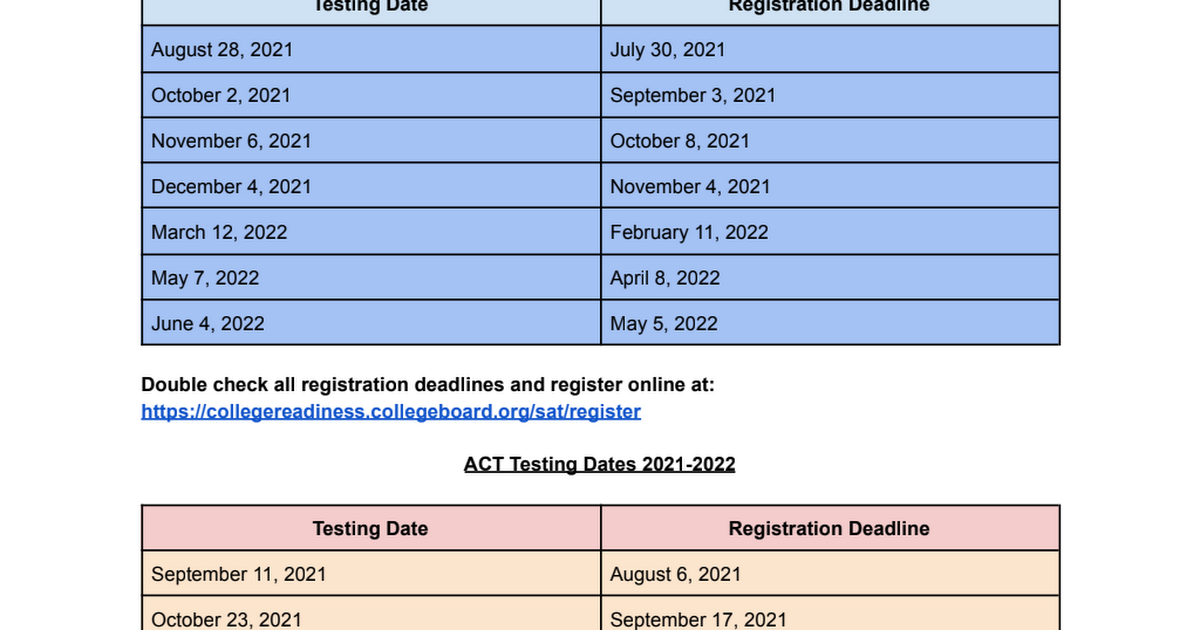 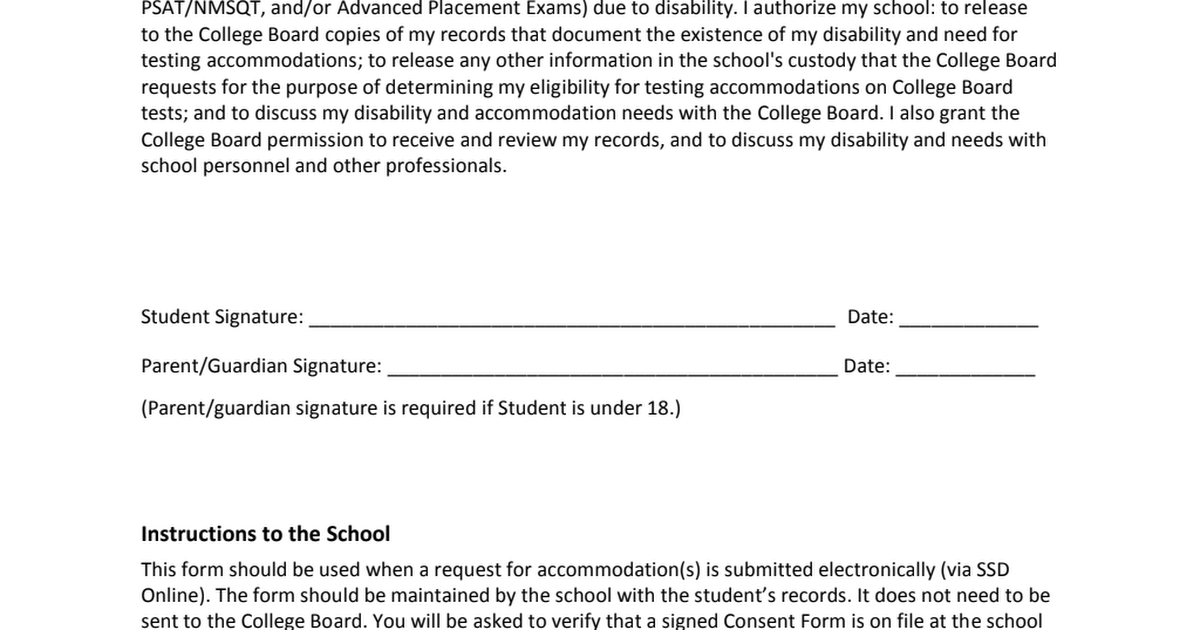 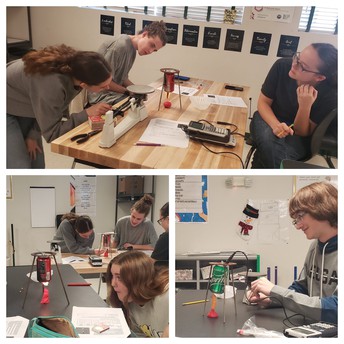 Calories are most often associated with the food that we eat and dieting, but the scientific definition is not nearly as familiar for most people. Students in Mrs. Knabe's honors physics class recently studied calories in class. A calorie is the amount of heat or energy required to raise the temperature of 1 kilogram of water from 0 to 1 degree Celsius. Students used heat and different substances to understand this concept more deeply. 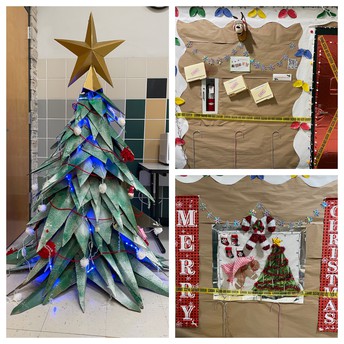 BRHS had a contest to see which groups could decorate a Christmas tree that exemplified their group. We also had a door decorating contest where classes created a Christmas themed scene which also had to relate to the content being learned in their class.

Mrs. Barge's art club created a tree completely out of cardboard, painted it, and decorated it. Their tree was absolutely beautiful and was hard to imagine that it was not professionally made.

Mrs. Stroup's forensics class designed their door to be a crime scene for a dead gingerbread man. Not only was their door decorated, but students could actually follow the clues that were presented to solve the crime.

The creativity of our students and staff never cease to amaze us. 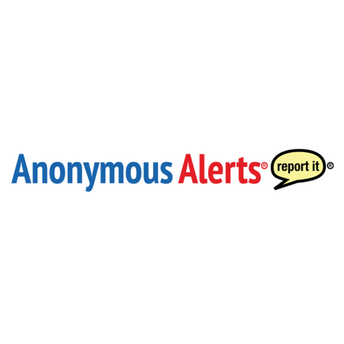 Students or parents in the school community can anonymously submit any suspicious activity, bullying, or other student-related issues to a school administrator(s). We encourage you to report important issues. Once you complete the contact form below, you will receive a confirmation that your information has been submitted to the school district.

Stress and emotional situations can be overwhelming for teenagers. Many young adults don’t know how to react and may act out. If you’ve noticed certain problematic behaviors with your teen, Children’s Health can help. Your teen can connect with a licensed behavioral health provider — right from school, right from a tablet. Together, we can identify and resolve small problems before they become big ones. 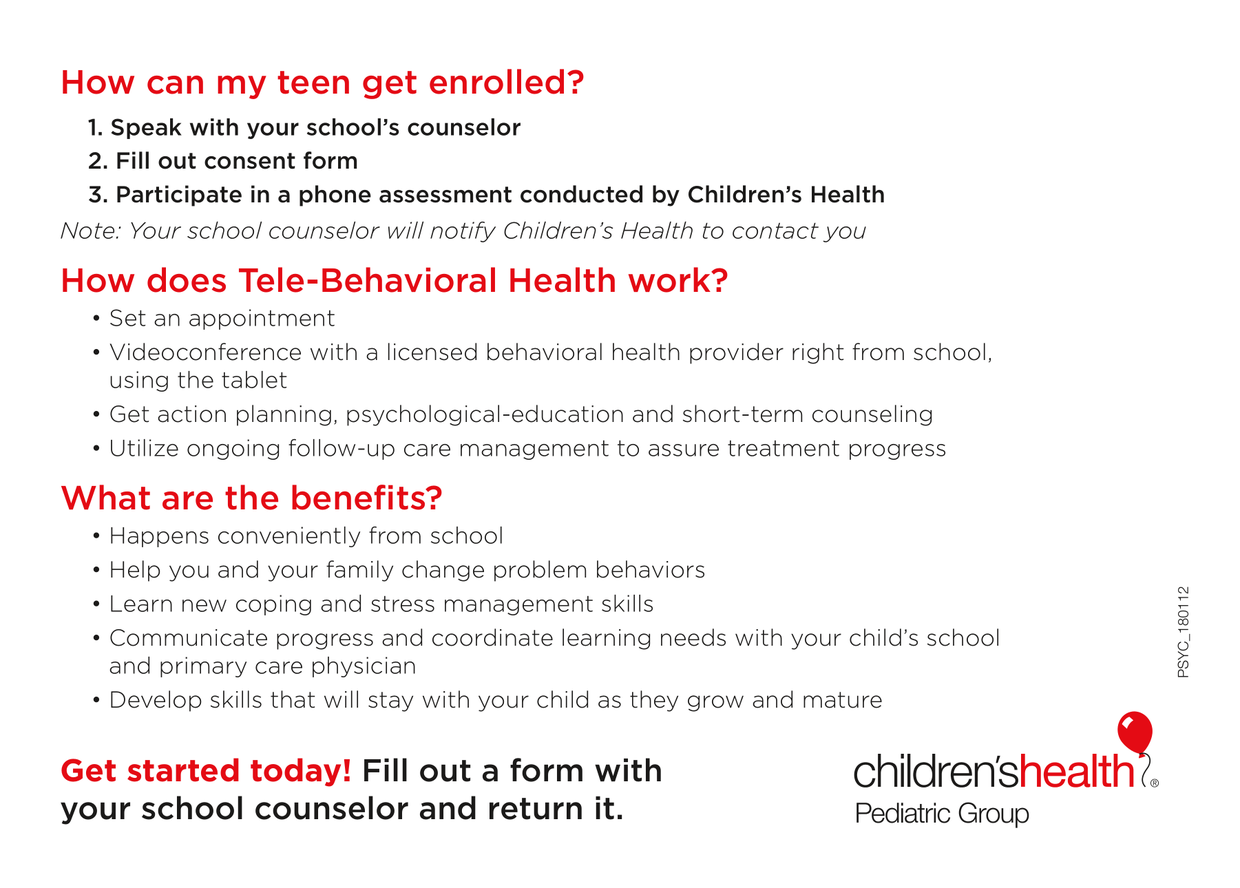 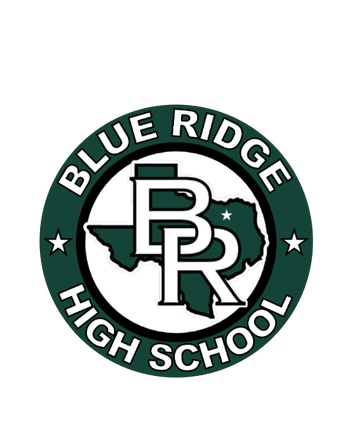 Facebook @brhs_tigers
Blue Ridge High School is a 3A public school located in the northeast corner of Collin County in North Texas.
11020 County Road 504, Blue Ridge, TX, USA trent.hamilton@brisd.net (972) 752-5554 brisd.net/Page/9
Embed code is for website/blog and not email. To embed your newsletter in a Mass Notification System, click HERE to see how or reach out to support@smore.com
close