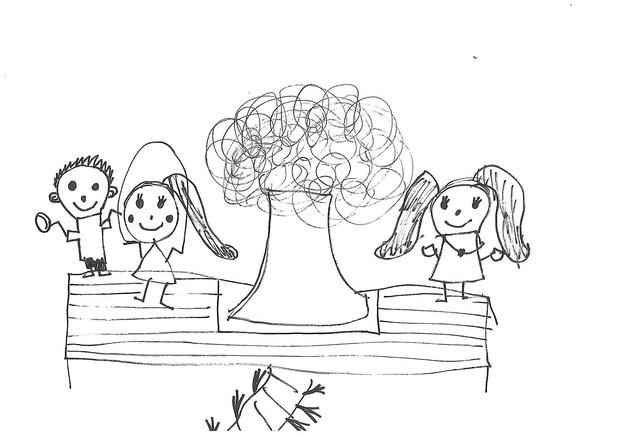 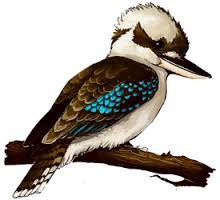 "Let's go and tell Mrs Pollock," they all said.

It was lovely to see the girls so happy about the similarity they shared. They celebrated and shared this with each other and with educators. They displayed a respect for each other also and happily expressed their emotions. 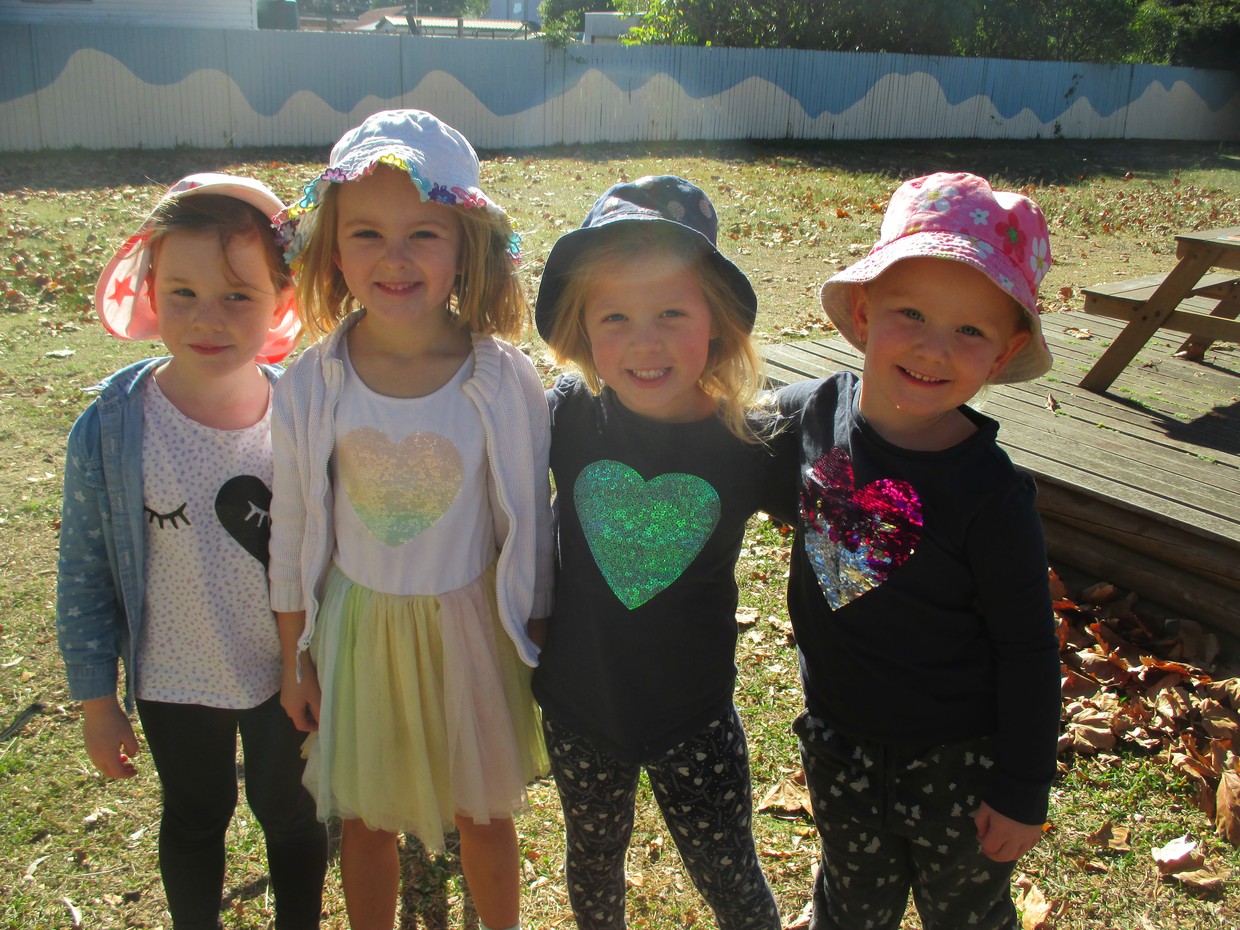 Piper, Penny and Charlie instigated their own fun by collecting leaves, running through the playground and throwing the leaves up into the air.

"Leaves, leaves, everywhere," was the chant.

They were very happy exploring their environment and using nature for their enjoyment. 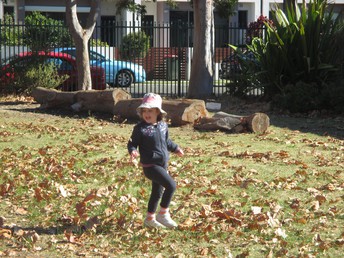 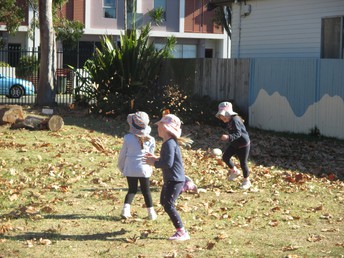 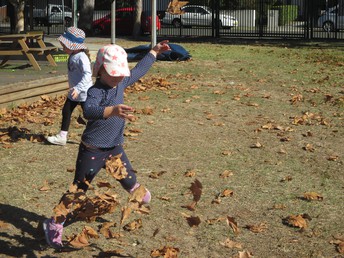 The class discussed what might happen if we kept it and placed it on top of some moist cotton wool.

Cooper said, "It will change colour."

Many other children agreed that an avocado tree will grow.

"We are going to do an experiment," said Mrs Royston.

"It's like a test. We set something up and see what happens." replied Mrs Royston.

There were matchsticks placed into the seed and then it was suspended over the cup filled with moist cotton balls. We marked on the calendar when the experiment began, so we can see how long it takes for something to happen. (If anything will)

During afternoon tea, Ella was excited as she discovered seeds in her pear. She managed to get them out, so we set up another experiment with the pear seeds.

We wonder what will happen! 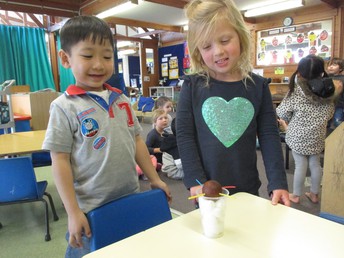 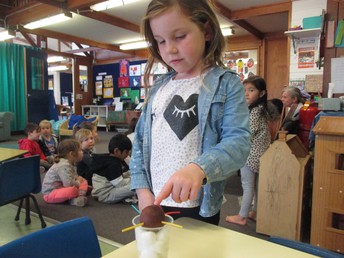 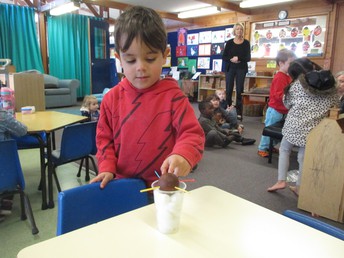 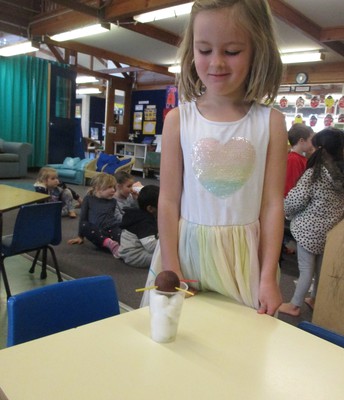 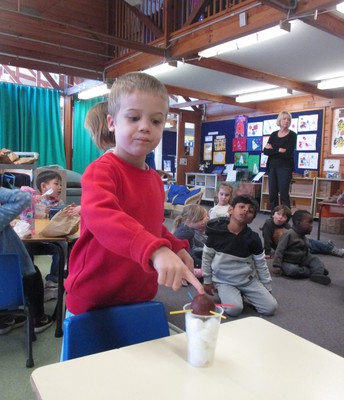 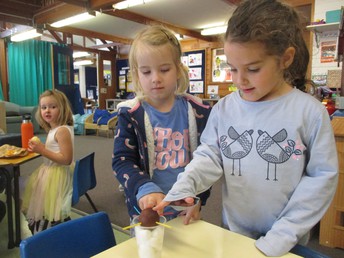 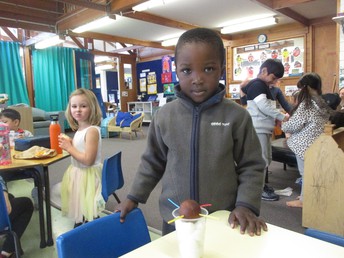 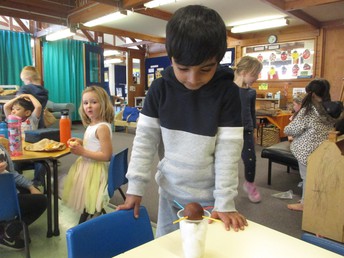 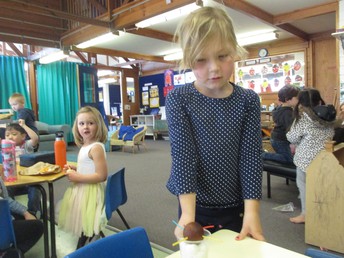 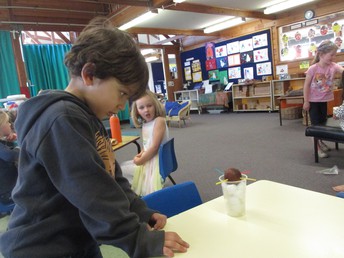 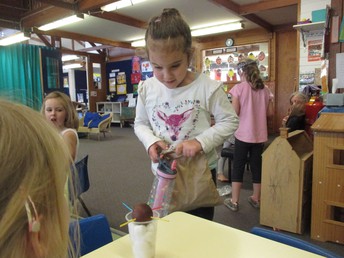 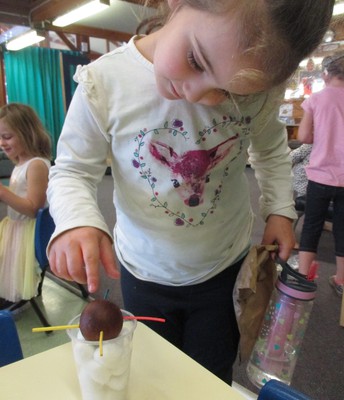 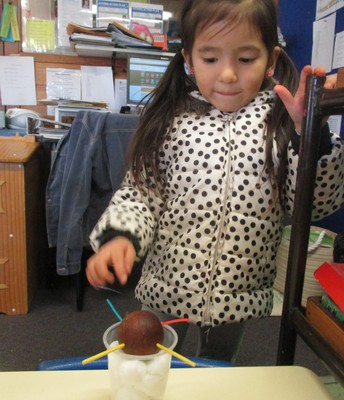 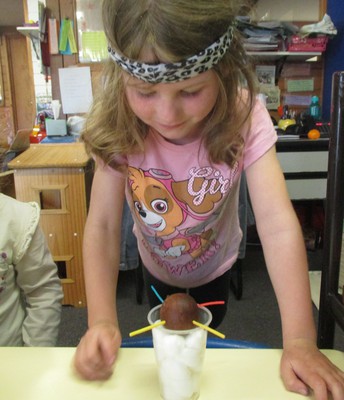 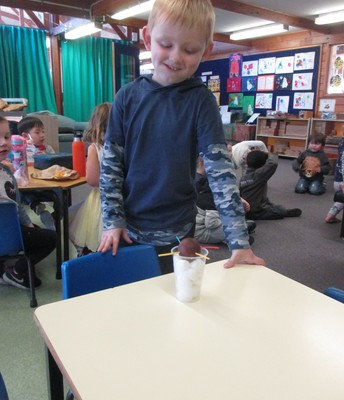 Ruby and Elizabeth were having a lovely time in the boat. There was lots of conversation and interaction between both of them.

"What are you making?" asked Mrs Royston.

"It's for Ruby's birthday," stated Elizabeth.

"How old will you be Ruby?" questioned Mrs Royston.

It was lovely to see the girls engaging in enjoyable interactions. They responded well to each other as they listened to and respected each other's ideas. They also used their imagination and creativity in their play. 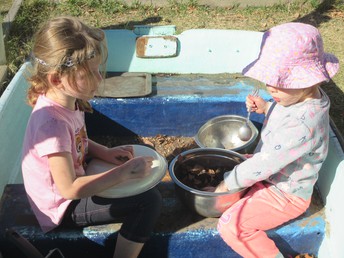 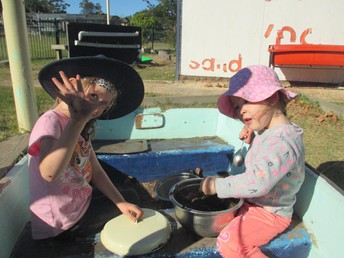 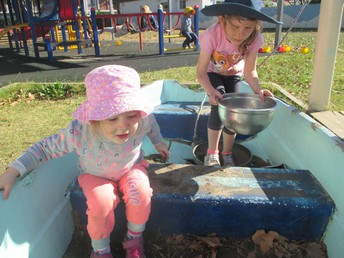