Get email updates from Wilbur: 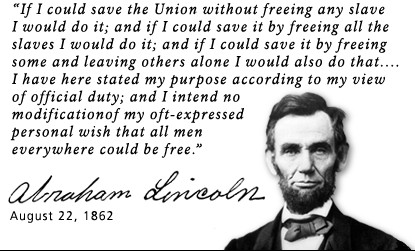 Abraham Lincoln was born in February 12,1809 in Hodgenville Kentukey and died April 15,1865 in Petersen house in Washingot,DC. Abraham Lincoln as a president wanted to change slavery and free the slaves.He was important because he freed the slaves and changed slavey at the United States.

Abraham Lincoln was a part of civil war, and he tried to changed slavery.

Abraham Lincoln got soldiers to fight in the civil war for slaves to be free.

In January 1,1863 Abraham Lincoln signed the Emancipation proclamation to free all the slaves.

Abraham Lincoln was a person who wanted to change slavery.He even wrote a letter that said slaves will have there freedom.

We are in Mrs.Lord class and we are learning about slavery and Abraham Lincoln.

Follow Wilbur Wildcat
Contact Wilbur Wildcat
Embed code is for website/blog and not email. To embed your newsletter in a Mass Notification System, click HERE to see how or reach out to support@smore.com
close