William Taft was born September 15, 1857 in Ohio. William Taft was a president whose term enacted many progressive reforms. Taft had served as Solicitor General of the United States in the Department of Justice and as a judge prior to his presidency. He also served as Secretary of War under President Theodore Roosevelt. He was elected in 1908 largely due to endorsements from Roosevelt. He promoted trust-busting, civil service reform, and improving the postal system. He passed the 16th Amendment which created a federal income tax. He wanted nations in Latin America and Asia to become more economically advanced so he used "Dollar Diplomacy" which was America granting loans to these foreign nations. He began to fall out of Roosevelt's favor, which caused Roosevelt to run against him in the 1912 election, ultimately splitting the Republican vote and allowing Woodrow Wilson to win. Taft was later appointed Chief Justice of the United States Supreme Court by Warren G. Harding. Taft's presidency is considered relatively average compared to other presidents in United States history. Taft died on March 8, 1930 from cardiovascular disease. 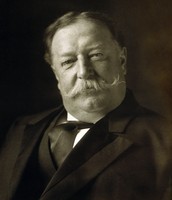 Taft as President of the United States 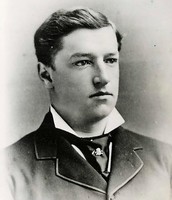 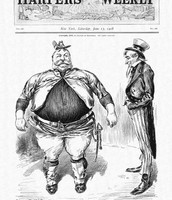 Taft did continue to bust trusts under the Sherman Anti-Trust Act. He also created "dollar diplomacy" to strengthen relations with Central America. He also helped to pass the 16th Amendment. Despite some successes, he still rode off the success of his predecessor, Theodore Roosevelt, and when he lost his endorsement, the people didn't remain loyal to Taft and his leadership.

Taft was able to pass the 16th Amendment which established a federal income tax. While Taft tried to implement "dollar diplomacy" with Latin America, it proved to be fairly unpopular. He continued Roosevelt's trust busting and brought many lawsuits under the Sherman Anti-Trust Act. Under his administration, many lands supposed to be used for conservation were being sold to private entrepreneurs.

Taft was liked because of his endorsement from beloved former President Theodore Roosevelt. Taft did not maintain as close of a relationship with the press, isolating him more from the people. His unpopularity and inability to win his constituents favor was evident when Theodore Roosevelt stole many votes from him in the 1912 election, allowing Democrat Woodrow Wilson to win.

Taft established the 16th Amendment, which is still prominent today and a means for federal income. He also was responsible for many trusts being dissolved so that industry wasn't dominated by a few individuals. He also continued work on the Panama canal to make trade with Asian nations easier. He strengthened the Interstate Commerce Commission to regulate railroads and improved the federal postal system. He did undo some of Roosevelt's contributions, such as his conservation efforts, setting the presidency back.
Disney The American Presidents: William Taft