Get email updates from Jaelyn: 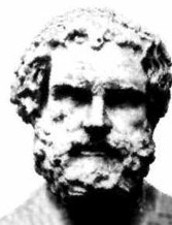 In 400bc & 350bc, Democritus Aristotle concluded that something could not be cut in half all the way. He said that if you cut an object in half over and over again it would end up coming to small particles called atoms. The cool thing is that the word "atom" means "uncuttable." So there you go, the smallest part of an object is an atom that creates all and every element.

In 1803, John Dalton also had one of his own conclusions. His idea was called the Dalton Model and it explained that the atom was really just a dense sphere. The atom of course had mass and particles, but they weighed so little it didn't make a difference.

Another Model about an Atom is the Thompson Model which was established in 1897.Thompson argued that instead of a dense sphere called an atom, the atom actually had particle called protons, neutrons, and electrons. Also the atoms nucleus was consisted of electricity flowing around with negative particles inside.

In 1908, Rutherford Greek Model was all about how the atom has a large mass in the middle called a nucleus. All of the electrons orbit around the nucleus with a negative charge.

Niels Bohr had concluded in 1913, that he had agreed with Rutherford that the atom had a nucleus in the middle with electrons around it.