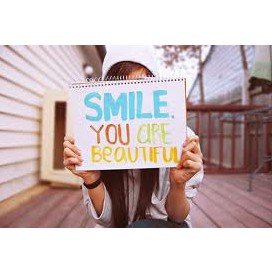 Hi I am a Girl I am nice to some people:). I love School, Sport,Singing,Dancing,hanging out with friends! Hope to see you like my post I do:) From your Buddy Aaliyah.

Get email updates from Aaliyah:

All about One Direction

1. Harry Styles was born on 1st February 1994 making him the youngest member of 1D. His star sign is Aquarius.

2. Louis Tomlinson was born on 24th December 1991. He’s a Capricorn and the oldest member of One Direction.

6. Harry’s musical heroes are The Beatles and he’s also a huge Coldplay fan.

7. Harry was brought up in the village of Holmes Chapel in Cheshire.

8. Harry’s favourite TV show is Family Guy and his favourite movie is Love Actually - however, he tells everyone it’s Fight Club to seem more manly!

9. While on The X Factor, Harry had a big crush on judge Cheryl Cole and Xtra Factor host Caroline Flack. He’s joked that his man crush is Louis Tomlinson!

11. Louis was brought up in Doncaster, South Yorkshire. Other famous people who hail from there include Jeremy Clarkson and Brian Blessed.

12. If Louis had a superpower, he would fly.

13. Louis’s favourite band is The Fray.

14. Louis’s celebrity crush is Diana Vickers and his man crush is Robbie Williams.

18. Liam also took part the 2008 series of The X Factor making it through to Simon’s house in Barbados where he was cruelly eliminated.

This photo was on One Directions frist album when they it came out.

One Direction Doing there dance for "One Thing"!

One Direction getting a photo when singing.

Questions about One Direction

1. What is One Direction from?

3. When did they fist album come out?

4. How did they wecome famous?

5. What day was it when the frist they came out?

Hi I am a Girl I am nice to some people:). I love School, Sport,Singing,Dancing,hanging out with friends! Hope to see you like my post I do:) From your Buddy Aaliyah.

Follow Aaliyah Iramoo
Contact Aaliyah Iramoo
Embed code is for website/blog and not email. To embed your newsletter in a Mass Notification System, click HERE to see how or reach out to support@smore.com
close