SCHOOL BOARD NEWSLETTER: BACK TO SCHOOL 2018-19

SCHOOL BOARD NEWSLETTER: BACK TO SCHOOL 2018-19 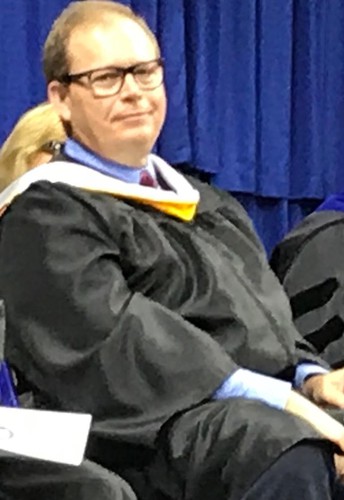 A letter from School Board President Steaven Klein

It’s my pleasure to welcome you back to a new and exciting school year! Hundreds of our professional educators have been hard at work this summer preparing our buildings, classrooms and curriculum for the benefit of your children.

As we embark on a new school year, I want to assure everyone that school security is our top priority. Without our kids being safe in our schools, there is no learning environment. Toward that end, the School Board has directed Superintendent Dr. Bill Harner to develop plans for the safety of our school community. That three-part strategy includes a “hardening” of our buildings to protect our children and our staff. With your help, we will also be creating a QCSD Community Safety Committee. It will be made up of mostly parents, staff and students, and will carefully examine what the district has done in regards to school safety and make recommendations to the Board on further improvements. Many of you have already signed up, and I thank you for that.

Perhaps our most significant addition toward safety is the hiring of our second School Resource Officer. We consider our well-trained SROs the first line of defense to protect everyone. The addition of Richland Police Officer Brian Hendrzak cannot be overstated, and we are so pleased to have him on board. Officer Hendrzak’s home location will be Strayer Middle School. He will work across our district’s facilities like Quakertown Police Officer Bob Lee, whose office is in Quakertown Community High School. Officer Lee has done an outstanding job for us, and we know that Officer Hendrzak will do the same. Continue reading below for a profile on our new SRO.

Our security efforts have not gone unnoticed. On September 21st, state Senators Bob Mensch and David Argall are bringing the PA Senate Policy Committee to our Boardroom in the District Services Center for a 10 a.m. meeting on School Safety. If you’re able to, please consider attending.

Our Board meets the second and fourth Thursday of each month at 7 p.m. We’d love to see you out there. Our next meeting is September 13th.

Again, welcome back. Stay safe and have a great school year! 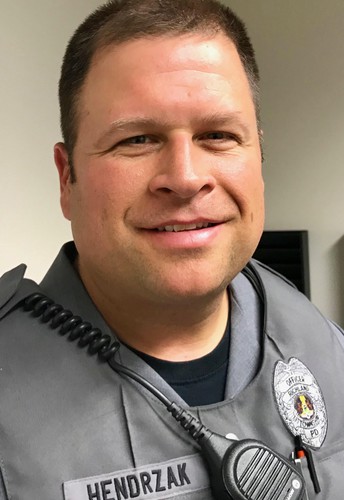 'I want the community to know that they can count on me, and their children will be safe when I’m there'

“I take it personally when people don’t feel safe going into schools,” Richland Township Police Officer Brian Hendrzak said. “Instead of just sitting back and watching or being the one saying woulda, coulda, shoulda, I think we’re better off with actions instead of words. I want the community to know that they can count on me, and their children will be safe when I’m there.”

Hendrzak joins Quakertown Police Officer Bob Lee as another well-trained law enforcement official who spends his days in a district school. Lee has an office in Quakertown Community High School. Hendrzak will work out of Strayer Middle School.

“He’ll be a wonderful addition to Strayer,” Principal Dr. Jennifer Bubser said. “The presence of an SRO in the building really gives you that peace of mind.”

The new SRO, much like Lee, will also be a factor in the educational process. “Officer Hendrzak will speak with students about the choices they make, deliver lessons about drugs and give presentations about social media,” she said. “He’ll also be able to speak with parents about the latest trends on a variety of topics.” 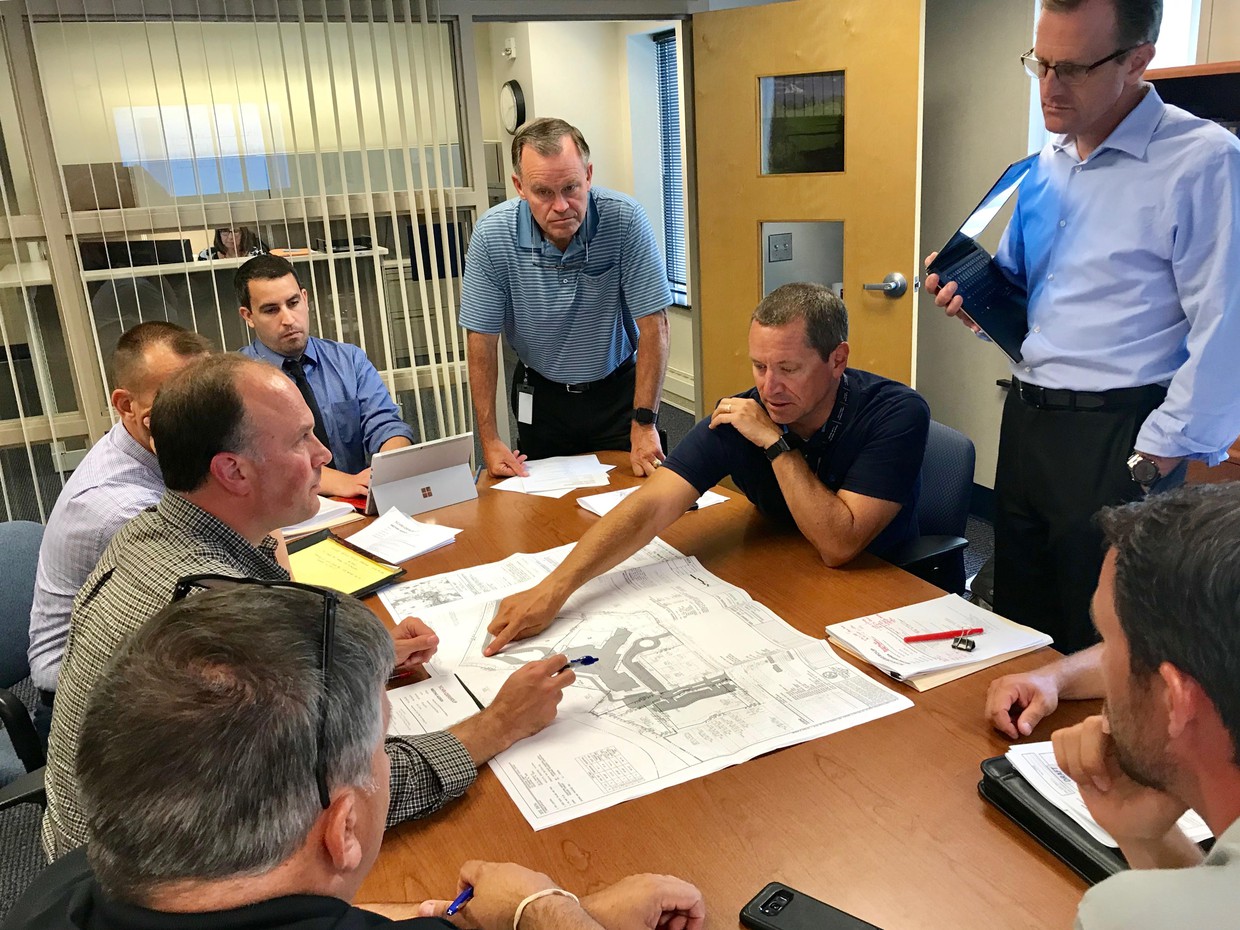 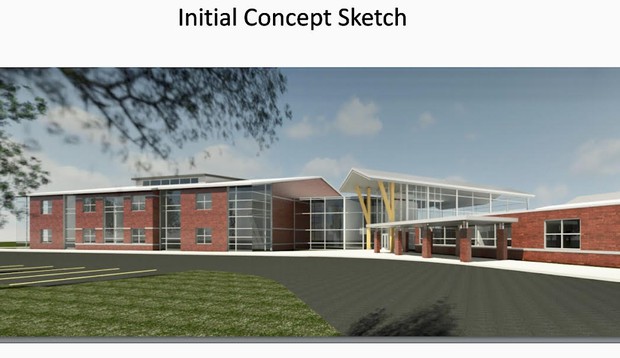 After gathering feedback from families and teachers, the Quakertown Community School Board voted unanimously to shift Neidig Elementary School students to Tohickon Valley Elementary School for the 2019-20 school year while Neidig is renovated.

Following a recommendation from project engineer Jamie Lynch of D’Huy Engineering that the work could be done more quickly and save the district close to $1 million if Neidig students were relocated, the Board directed the Administration to inform the public through community meetings. Two were held in July. A survey was also given to parents and school employees. More than 75 percent of the respondents were in favor of the move, primarily for safety concerns.

"After careful analysis and consideration, the moving of Neidig Elementary to the former Tohickon Valley school made sense,” Board President Steaven Klein said. “This move provides a safer environment for our kids while also speeding up the Neidig renovation significantly. “It will also lower the price tag by an estimated $1 million. This isn't without its drawbacks, the main one being transportation. We're working with Levy Bus Company to minimize as best we can the prospect of longer bus rides for our kids. We'll also be as flexible as possible with student pickup times for parents who drive their kids."

Last December, the Board voted 5-4 to close TVES as part of a plan to cut into a structural deficit. The closure meant an annual savings of $1.77 million, plus an $8.4 million cost avoidance. Having the building available to house Neidig’s 400 students in 2019-20 is fortuitous.

Kaylyn Mitchell, chairwoman of the Facilities Committee, hoped to dispel rumors that TVES was unsafe. ”Someone made a comment that Tohickon Valley is not safe,” she said. “That’s not true. It’s in about the same condition as Neidig.”

Board Member Keith Micucci agreed. “If Tohickon Valley was to remain open, my kids would go there this school year and I would have no problems with it. All four of my kids have attend Tohickon Valley. … Let’s not forget the core of a school is not how nice the building is but it’s the people inside the building. So no matter what we do, we’re not going to change the dynamics of the teachers, the staff. We may have to relocate them for a temporary time frame to another classroom environment. But they are the ones that are going to make the impact on the students, not how nice the building is.”

Mitchell also praised Neidig Principal Scott Godshalk, a former principal at TVES. “He’s very familiar with the building, so that makes me feel better, too.”

The primary hesitancy with the move is the Board’s concern with the potential for longer bus rides. Micucci said the Board will ultimately take a closer look at the longer commutes, adding it’s “vitally important” to cut down on the amount of time students spend on buses, especially for younger students. 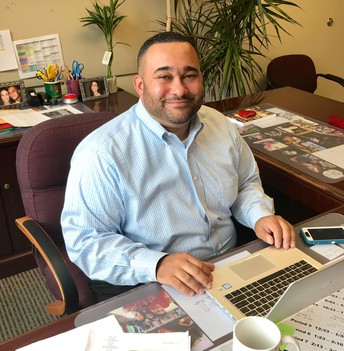 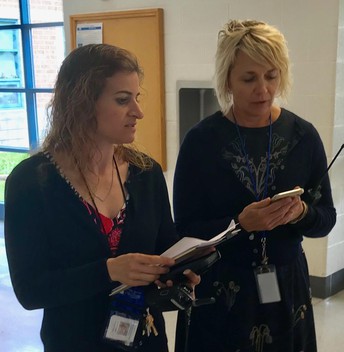 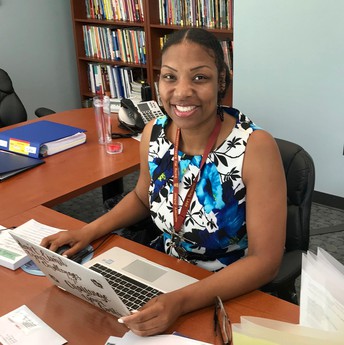 The Quakertown Community School District will have new leaders in three schools when classes begin on September 4. All were administrators in Quakertown schools before. The new principals are Dr. Orathia Bradley at Pfaff Elementary School, Dr. Jennifer Bubser at Strayer Middle School, and K. Eric Thompson at the Sixth Grade Center.

Bradley, principal at Tohickon Valley Elementary since 2015, replaces Thompson, who had been at Pfaff since 2014. Bubser takes over for Derek Peiffer, who left QCSD to become principal at St. Thomas More Church in the Roman Catholic Diocese of Allentown. She had been Strayer’s assistant principal.

The moves, including the promotion of Kim Finnerty to assistant principal at Strayer, give the district a principal at each school after a year of being short-handed, as Quakertown Elementary principal Anita Serge and high school assistant principal Karen Shanton were not replaced last summer. Peiffer agreed to double up as principal of both Strayer and the SGC, with the aid of Chris Roth, a Teacher On Special Assignment, handling the day to day role of administrator at the SGC.

Last year’s closing of Milford Middle School and the closing of TVES in June, part of a two-year budget strategy to close the structural deficit, enabled the district to bite the bullet for a year on administrative personnel and work with less than what was needed.

“That strategic plan has worked out perfectly from a financial perspective though the restructuring had an emotional toll,” Superintendent Dr. Bill Harner said. “Our community should feel very confident with the wonderful leaders in place at each school to make sure our buildings run properly and help our students succeed.”

Besides Bradley, Bubser and Thompson, the district’s veteran principals are David Finnerty at the high school, Scott Godshalk at Neidig, Adam Schmucker at Trumbauersville, Michael Zackon at Quakertown, and Nicole Zuerblis at Richland.

The Academy at Quakertown 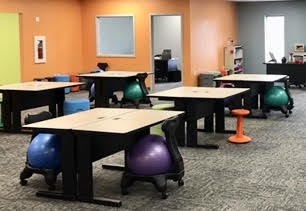 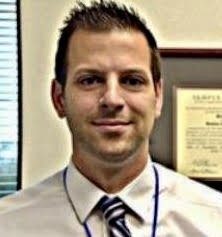 The Quakertown Community School District has developed a new school for students who might have slipped through the cracks in a traditional educational setting. District officials believe The Academy at Quakertown will provide a transformative learning environment for students with a wide range of needs. It is scheduled to open on September 4th.

The students’ initial lessons are conducted in a cyber format. Anyone needing additional help will be instructed by Academy staff members.

Students may include those challenged by their previous school’s surroundings, with truancy, emotional difficulties or behavioral issues, including drug and alcohol concerns. It is not necessarily about their ability to keep up academically, as several students will be taking Advanced Placement and honors courses, in addition to world languages.

“There are a number of students in the district who need a smaller environment to be successful,” said Greg Lesher, The Academy’s principal of record. “We believe that we’ll be able to provide a structure with low student-teacher ratios and a number of consistent, personalized services that will meet the needs of our students.”

Assistant Superintendent Dr. Lisa Hoffman, who focused on alternative education for disruptive youth in her doctoral dissertation, was a key proponent and developer of The Academy. “This is for different types of learners, and we’re going to use different strategies to help them reconnect with school,” she said. “This isn’t a place that a student will come to and be forgotten. It’s not a negative. It’s not punitive.”

The Academy expects to have approximately 25 students start the school year in grades 8 to 12. Four of the students who had been outsourced to other educational venues are returning, saving the district between $50,000 and $100,000 that it previously paid other agencies for educational services. Once The Academy is up and running, the potential exists for QCSD to accept students from other districts, which would generate revenue.