BROWN V. BOARD OF EDUCATION

BROWN V. BOARD OF EDUCATION

Brown v. Board of Education was a consolidation of five different court cases. In 1950 the National Association for the Advancement of Coloured People asked a group of African-American parents to enrol their children in an all white school. Oliver Brown was one parent who was asked to do this for his daughter. This association did this in hope to file a lawsuit as they expected the coloured children would be turned away from the schools. As Brown was alphabetically first, the court case was known as Brown v. Board of Education.

Coloured people believed that the segregation went against the Fourteenth Amendment of the Constitution under the Equal Protection Clause. On May 17 1954, the court decided that “separate but equal” public schools for blacks and whites was unconstitutional. This started the civil rights movement for coloured people in America. 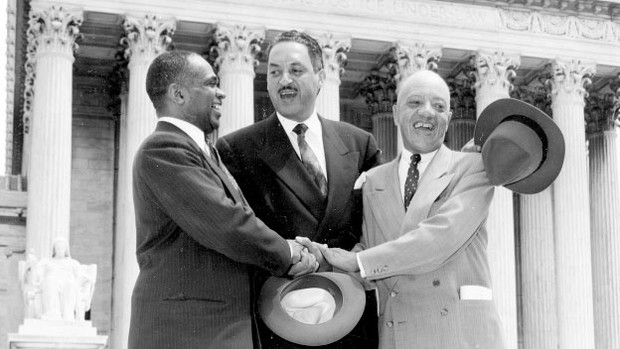