Ackerman Center director, Dr. Nils Roemer, announced in a live event that long-time friends and supporters of the Center, Mitchell L. and Miriam Lewis Barnett, plan to establish an endowment to create the Miriam Lewis Barnett Chair for studies related to the Holocaust, genocide and/or human rights. 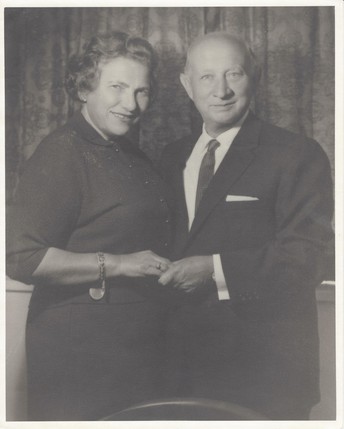 Leah and Paul Lewis began promoting the remembrance of the Holocaust not long after the end of World War II. To ensure that the millions of Jews who were murdered were never forgotten, Leah and Paul decided to erect memorials that would preserve the memory of the victims. Having sponsored the first memorial of its kind in the United States in 1959 at Congregation Shearith Israel in Dallas, they supported the creation of more than twenty other memorials and monuments now erected in public places, synagogues, museums, and community centers. Recognizing Lewis' determination to keep the memory of the Holocaust alive, then-President Carter appointed him to the first United States Holocaust Memorial Commission in 1976.

Past Ackerman Center Advisory Board Chair, Selly Belofsky, called Paul Lewis a “pioneer” and remarked that he “had a vision and understood before most people how important remembrance would be, and that the lessons of the Holocaust must never be forgotten. Mimi and Mitch have picked up that mantle and carried it forward all these many years.”

Mrs. Barnett called her relationship with UT Dallas and the Ackerman Center “an incredible privilege” and remarked, “my parents would be very gratified to know that the future is in the hands of the wonderful community and family that is UTD.”

A Cause for Celebration 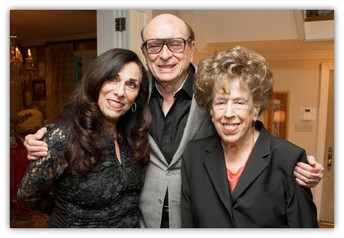 Dr. Roemer, Stan and Barbara Rabin Professor of Holocaust Studies, expressed his appreciation for the Barnett’s continued generosity and excitement for what this gift means for the Ackerman Center and the students at UT Dallas. “There is not another center that I can think of that has five endowed faculty positions in Holocaust Studies.” Advisory Board Chair, David B. Ackerman, also extended his gratitude to the entire Barnett family. It is the generosity of friends like them that “really make a huge difference.”

Dr. Roemer continued, “Having five endowed faculty positions will allow us to cover and engage the Holocaust and its legacies in the widest possible ways across the different disciplines by bringing five professors and their respective fields of expertise together.” The Ackerman Center sits within an interdisciplinary school, so students studying the Holocaust will have a well-rounded education from the various perspectives of history, literature, philosophy, and art.

Dr. David Patterson, the Hillel A. Feinberg Distinguished Chair in Holocaust Studies, further emphasized the tremendous impact of the new chair. “This puts us even more prominently on the map of international scholarship, teaching, and testimony.”

Dr. Kyle Edgington, Vice President for Development and Alumni Relations, remarked that this live announcement also made UT Dallas history as this is the first live online gift announcement that the University has ever made.

In the wake of Dr. Zsuzsanna Ozsváth’s upcoming retirement, there will be two endowed faculty positions to be filled as she vacates the Leah and Paul Lewis Chair for Holocaust Studies at the end of the summer. As Dr. Roemer pointed out, both of these positions are linked to the Barnetts, as the first was created in memory of Miriam Lewis Barnett’s late parents. When asked about the challenges of filling these positions, Dr. Roemer replied, “We have a very good track record in making great faculty appointments, and we look to continue being selective and strategic in our choices in how we fill those positions.”

Dr. Roemer concluded his remarks by looking forward. “We are still growing and expanding in many ways and continue to look to the future and ask, ‘What’s next?’”