“I have it in me to be a successful soldier. I can visualize great movements and combinations”

Winston Churchill is commonly known as the British Prime Minister during the Second World war. Churchill had strong involvement in the first World War as the Lord of Admiralty, fancying himself as a military strategist. This lead to the attempt to open a second front in Turkey and the loss of some 302,000 Allied troops in the Dardanelles Campaign. Of the dead from the failed campaign, some 8709 were Australians and 2701 were New Zealanders. This lead to Churchill's resignation as Lord of Admiralty but more importantly, it established a new sentiment within Australian society: 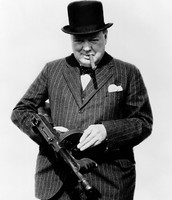 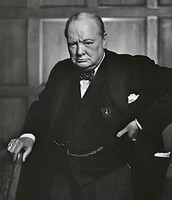 As of the outbreak of World War 2, Australia was automatically involved with England's declaration. However after the hardships of the First World War, the people of Australia knew they would face hardships greater than World War 1 and the Great Depression, most Australian's were reluctant to participate, still recovering from the impacts of terrible events since the turn of the century. Testament to this unpopularity but also urgency of the situation was the introduction of conscription later in 1942, when the war was on our doorstep. At the outbreak of the war by the end of September, the Australian Army was merely 80,000 soldiers strong. After the introduction of conscription and the realisation that Japan would soon be on Australia's doorstep, in combination with the fall of Singapore, the peak army size of 1942 was 476,000 soldiers strong. It's evident through this that Australians were not as keen to serve overseas, or to fight the war 'over there' in Europe, however when the Pacific was under threat, particularly with the failure of Churchill's Singapore strategy which neglected larger scale involvement in South-East Asia, people prepared to selflessly defend against Imperial Japanese agression. 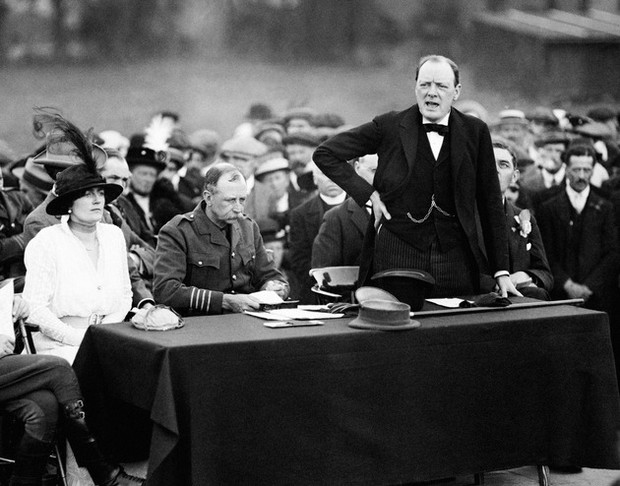 Paradigm Shift towards the USA

The attitude of 'Never another Gallipoli' grew and in the years of Britain alone, along with the Fall of Singapore and other British defeats, Australia and those who looked to fight Imperial Japanese tyranny could no longer rely on England, rather they looked to the USA. Indeed John Curtin's foresight was correct; for survival against the Japanese empire, the USA had to intervene. Churchill saw England also in a desperate position also, hence his efforts to woo the USA, as there was little feasibility in lone survival, true for the remaining Allied resistance against the Axis. This was not a gradual gravitation but an adaptive paradigm shift which would pave the way for the world in which we live in today. We no longer looked to Britain, but to America, a significant shift in thinking for the nation. Today this is still relevant, with many military alliances and pacts headed by America presently, we are now more aware of this than previous years with our eyes set on the leadership of The United States. These ties are being questioned and whilst the USA remains among our greatest allies, we must not forget the importance of our neighbors and our ties with them as well, for Australia is now more aware of the importance and the proximity of our neighbors and the gains from which we can mutually benefit. 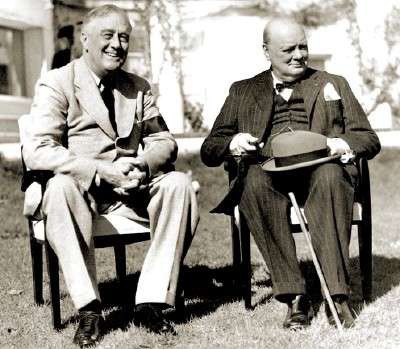 "If you're going through hell, keep going"

Churchill has been known to fight many hardships throughout his life, both individually and for his country. Churchill's persistence is well portrayed through his rousing speeches, he encourages the Commonwealth to persist, to fight until the end moreover certainly boosting morale in Britain, considering the circumstances of Britain being now alone in Europe, the speech was received as rallying. Churchill's further broadcasts would contribute to morale, encouraging the determination of all people of the British Empire to carry on.
Winston Churchill - We shall fight on the beaches - 4 June 1940 (w/captions)
Winston Churchill "finest hour" (best version)

Winston Churchill's name carries much controversy between historians. Churchill was certainly a bold figure who wasn't rattled by his political opposition or war. From an Australian perspective, during his leadership, there was much tension between Churchill and Labor Prime Minster John Curtin. It was fair to say that England was ill-prepared in it's defense of Asia and Australia. Curtin had made it clear in December 1941, that "Australia looks to America", a bold recognition of Australia's desperate position.

"Without any inhibitions of any kind, I make it quite clear that Australia looks

to America, free of any pangs as to our traditional links or kinship with the

that Australia can go and Britain can still hold on... " 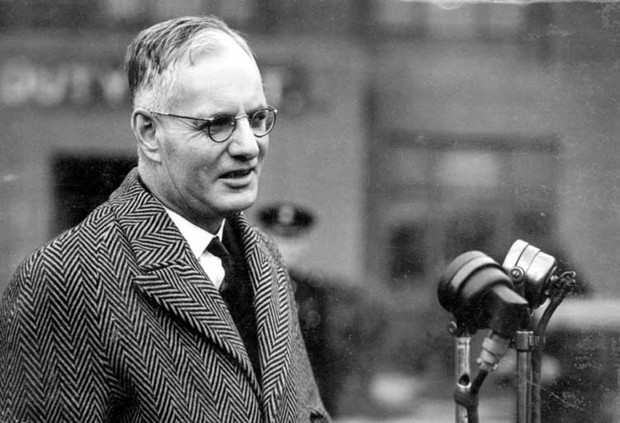 The Singapore Strategy was evidently lacking in large scale protection of Asia, though with The British Raj and the European Theater, England was spread thin and lacked any strategy involving a larger scale garrison in Asia. After the Fall of Singapore on the 15th of February 1942, which Churchill called the the worst disaster and largest capitulation in British history". With troops tied up in Burma, North Africa and Europe, Singapore lacked support. The implications of the defeat was phenomenal. For the people of Singapore, it meant the horrible mistreatment and abuse of the Singaporean people who would suffer at the hands of the Japanese until their surrender, as well as the introduction of propaganda, replacing film and newspaper and Japanese lessons in School. For the Australian people it meant the there was no allied stronghold left between the Japanese an Australia, with Britain seemingly out of the picture, accelerating the Australian gravitation towards America (amplified by the bombing of Darwin 4 days later). This also meant that thousands of Allied soldiers were taken as Prisoners of War, to be worked to death, starved, massacred, tortured at the hands of the Japanese Imperial Army. This created much bitter resentment towards both the cruelty of the Japanese and the failure of the British. Due to the logistical nature an effective defense in Asia, I would argue that Churchill couldn't have done much at all to halt the brutal Japanese advance. This would mainly be due to problems of sourcing manpower and supplying the troops, both obtaining the supplies and delivering them would have been extremely difficult with the air superiority of the Zero fighters and the strength of the Japanese navy, it would've proved a nightmare for both Australia and Britain. To defeat the Axis powers, Australia and England would both have to pursue closer bonds with the USA to survive, forging a military alliance that still exists between us today.

The war in Asia has a significant impact on the world we live in today. World War 2 established stronger relations between Australia and most of Asia, as well as the USA. This has lead to the establishment of respectable ties between nations forming both military and economic strategic alliances which still exist, such as the amicable ties between Australia and Singapore today. 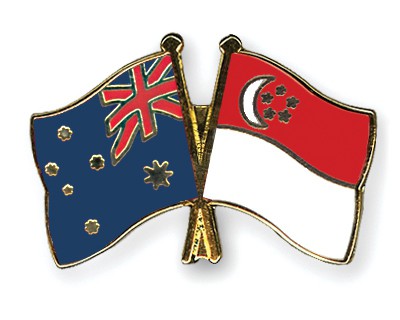 Follow Mitchell Murray
Contact Mitchell Murray
Embed code is for website/blog and not email. To embed your newsletter in a Mass Notification System, click HERE to see how or reach out to support@smore.com
close