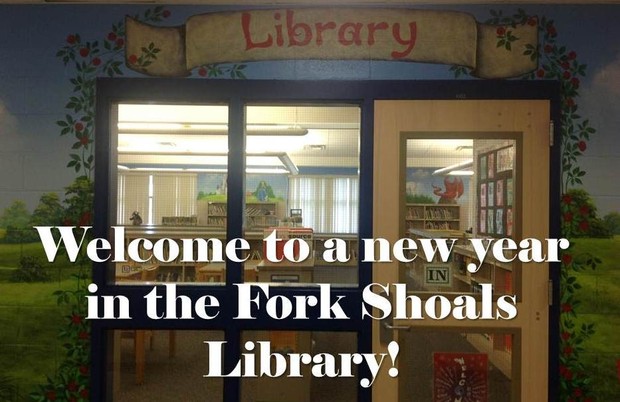 Summer activity and reading logs are due this week!

Ms. Knight is looking for a few good students to be on this year's News Team! Auditions are open to any 4th or 5th grade student.

Interested students can pick up an application packet in the library. Applications MUST be turned in by Tuesday, September 2nd! Auditions will be held on September 3rd and 4th. The announcement of the 14-15 News Team will be on Friday, September 5th.

An electronic copy of the application packet is also available on the library blog. 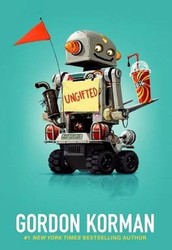 Book of the Week: Ungifted

Donovan Curtis’ middle name should be “Trouble.” He can’t seem to stop himself whenever the opportunity for mischief arises. Usually, he can get out of the messes he makes…but this time is a little different. All he did was hit a statue with a stick. How was he to know that the statue actually had two parts…and one of them was loose? Could he have possibly predicted that a large metal globe would careen down the hill at school and crash into the Hardcastle Middle School gymnasium during a big basketball game? Probably not…but all of it is his fault, and he knows that a severe punishment is coming.

…or is it? Donovan knows that it’s just a matter of time before the superintendent calls him to the office for the punishment of a lifetime. Finally, the call comes…but it’s not exactly for what Donovan was expecting. It seems that there was a little mix-up, and Donovan is being transferred to the Academy of Scholastic Distinction (ASD). No detention. No community service. No paying for the damaged gym. No, thanks to a paperwork snafu, Donovan is being moved to a school for gifted students. Nevermind that he’s not what any teacher (or parent, sibling, friend) would call “gifted.” While everyone is a little perplexed by this news, Donovan sees it as his chance to escape from the trouble he’s caused at Hardcastle Middle. After all, if he’s not there, it’ll be a lot harder for the superintendent to find him!

On Donovan’s first day at ASD, it becomes pretty clear that he doesn’t belong there. He doesn’t excel in any subject, and he spends more time in the bathroom than anywhere else. Both his teachers and his fellow students question why Donovan was placed at ASD. Soon, though, Donovan makes a place for himself at this prestigious school (that has much cooler, expensive, and newer stuff than the “normal” school down the road). Maybe what the high-IQ crowd needs most is a little dose of normal!

Donovan brings new life to his ASD homeroom. He convinces the class to give their robot a name. He shows them that playing lots of video games might give someone some mad skills in operating said robot. He gets his very pregnant sister to provide the class with a much needed human growth and development credit. He introduces one genius to YouTube (which may or may not have been a mistake). It’s also thanks to Donovan that his new friends get to experience their first school dance. (It doesn’t end well.) Even though Donovan knows he’s not really one of them, he feels more at home with his genius friends than he ever did with his trouble-making buddies at Hardcastle.

Even as he’s starting to fit in at ASD, Donovan’s past is closing in on him, and it’s just a matter of time before it’s revealed that he’s responsible for destroying the Hardcastle gym. What will happen to Donovan? And how will it effect his placement at ASD and the friendships he’s created there? Is Donovan really as “ungifted” as everyone seems to think, or do his gifts lie outside the realm of academics? Read Ungifted, a 14-15 South Carolina Children's Book Award nominee by Gordon Korman to learn how one kid can bridge the gap between “nerd” and “normal.”

Please turn in all important forms as soon as possible. We want to be sure that we have all important information. Remember that students may not use any of our computer based programs without the signed COPPA form.

School begins at 8:00. If students arrive after the staff member on duty has left the post out front, an adult must come to the office to sign the child in. This is for safety purposes. Students should arrive by 7:30 if they are planning to eat breakfast.

Please consider joining PTA. It would be great to have 100% membership! Also, remember to fill out volunteer forms. There are many ways to volunteer at Fork Shoals. PTA information can be found in this week’s folders.