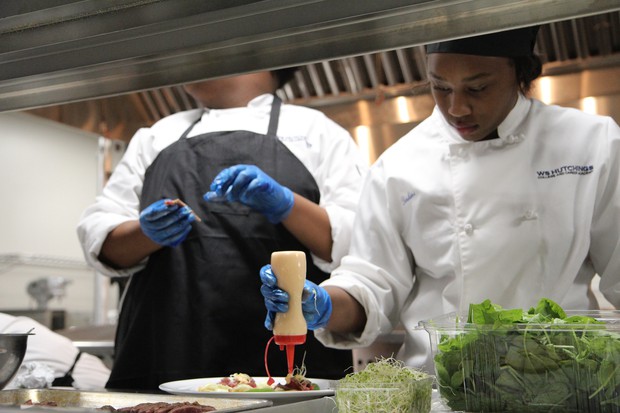 Earlier this month, the students at Hutchings College and Career Academy hosted a showcase for their various career pathways. The goal for the event was to put the students' work on display while also allowing community members the chance to tour the school's Anthony Road location.

"We're showing off what we do," said banking and finance teacher Stephen Neil.

While Neil's students gave presentation of various financial products available at local financial institutions, others showed off their cosmetology, carpentry, health science and other skills. In the school's bistro, the culinary arts students prepared beverages and hors d'oeuvres to be served by the hospitality and tourism students.

"We decided we wanted do do a showcase to really show off our students' skills," said hospitality and tourism teacher Mary Beth Barnes. 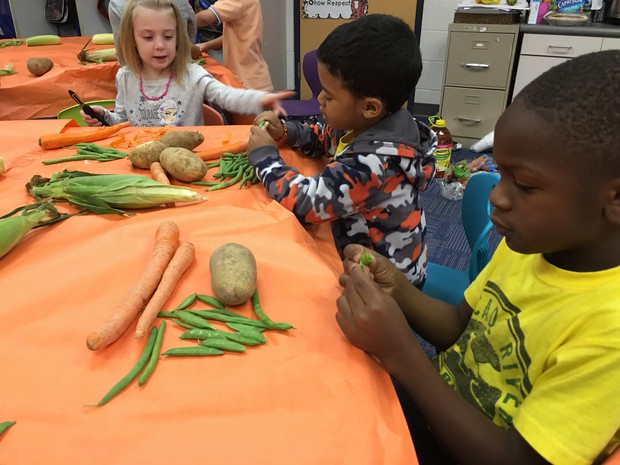 Before heading off for the Thanksgiving break, the kindergarten students at Porter Elementary School had a feast. Part of that feast was a vegetable soup, and the students helped out.

They spent the first part of the day peeling potatoes and carrots, snapping beans and shucking corn to prepare for the feast. Then the teachers cooked the soup for everyone to enjoy! 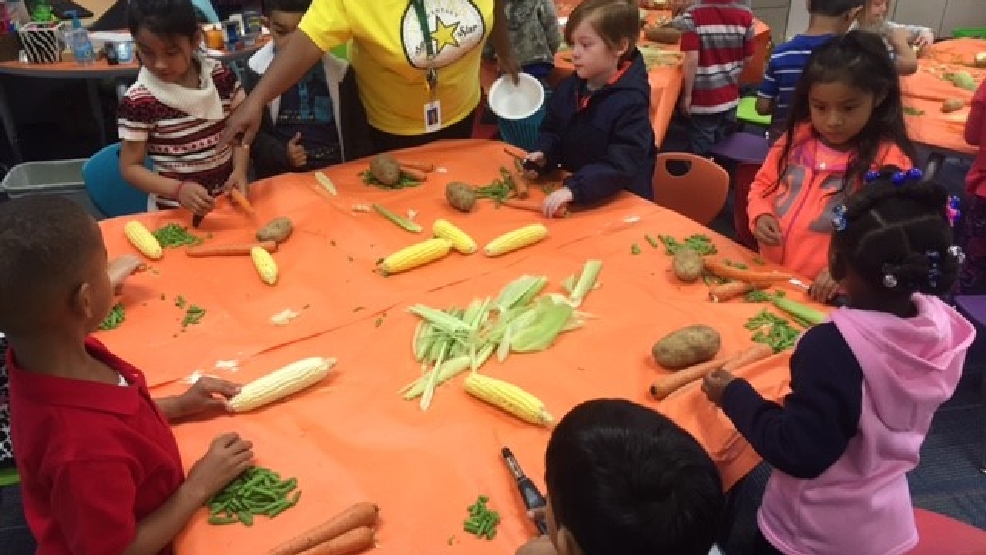 wgxa.tv
MACON, Ga.- With the Thanksgiving holiday just days away,  on Thursday  kindergarten students at Bibb County Schools' Porter Elementary received a hands on lesson in  preparing for their very own pre-Thanksgiving feast.           Students from three kinder 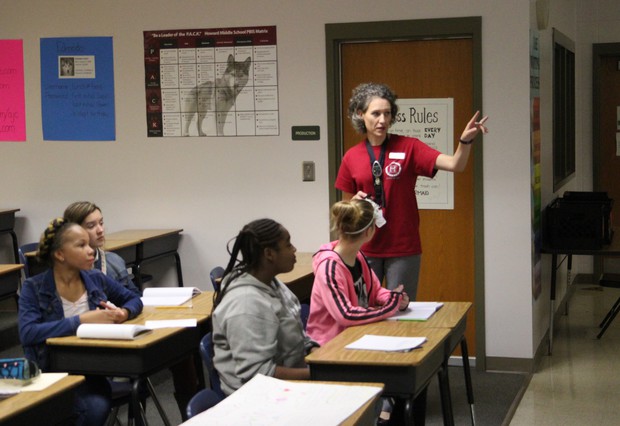 Thanks to a grant from the Dollar General Literacy Foundation, students at Howard Middle School will soon be published authors.

Victoria Frayne, who teaches the Journalism Connections class for seventh and eighth grade students at Howard, was the recipient of a $3,000 grant from the organization. With that, she plans to publish a book of personal narratives for each semester of this school year.

"Every student gets a chapter," she said.

The book will be written and edited online through the website Classroom Authors, but earlier this month, the students were working offline in their writing notebooks. While learning lessons about compelling storytelling and dialogue, Frayne urged the students not to worry about editing marks and changes to their writing.

"Writing is messy. It's OK to be messy," she said. "Creating things is not perfect; it's difficult."

The seventh-graders also got a lesson about dialect, a topic that Frayne has an advantage in teaching. Originally from England, Frayne moved to the United States in 2003 and is in her second year at Howard.

"My dialect is different; the words I use are different," she said.

The book from the first semester is expected to be published around the first of the new year, and Frayne was hopeful to get the second semester book published by May. 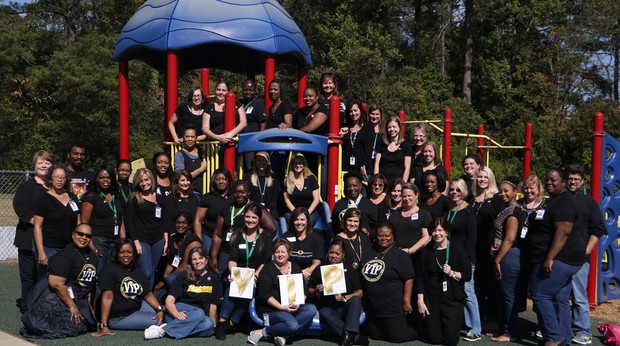 Across the district, employees are recognized with VIP pins to honor the "Victory in Progress!" motto. At Northwoods Academy, such employees answered a quiz over various aspects of the district's mission and values before receiving their pins. On the same day, new hires received their Bibb County School District pins. Congratulations! 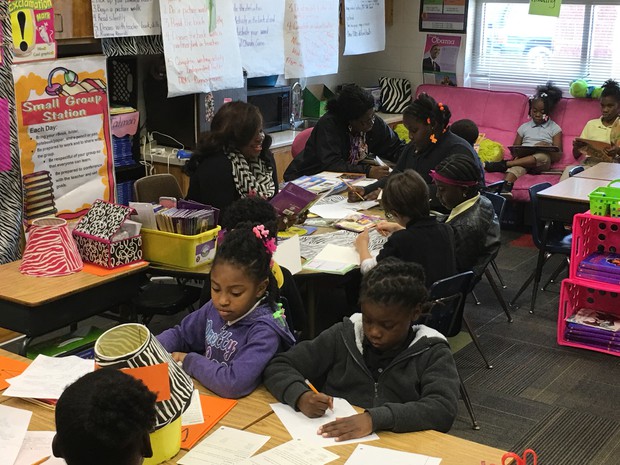 In a recent news interview, Assistant Superintendent of Teaching and Learning Dr. Tanzy Kilcrease outlined the district's efforts to improve reading. To do that, she visited Debra Shipp's class at Brookdale Elementary School, where students were working in various stations.

"This is what reading instruction should look like," she said.

As part of System 44, the students were reading alone and in a group with Shipp, while others used computer software to sharpen their skills. Shipp said that it was important to get students on grade level in reading to help success across the board.

"I believe that reading is the key," she said.

Brookdale Principal Kim Tolbert said she encourages parents to read to their children before they even start school because that can lead to future success.

"The more we do that very early, then I think the students come to school more prepared. 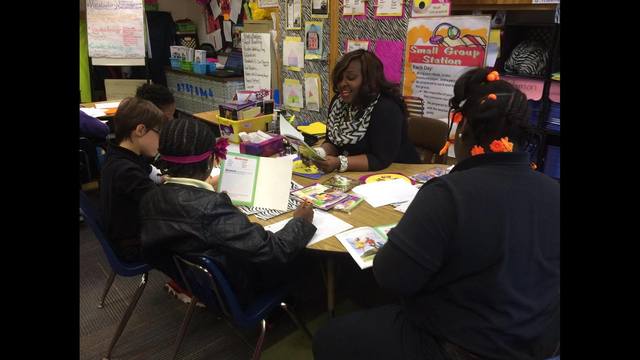 www.13wmaz.com
Reading is something a lot of us take for granted, but learning how to read is a struggle for some&nbsp;Bibb&nbsp;County students. &nbsp;Justin&nbsp;McDuffie&nbsp;visited&nbsp;Brookdale&nbsp;Elementary to see their new reading initiatives in action. 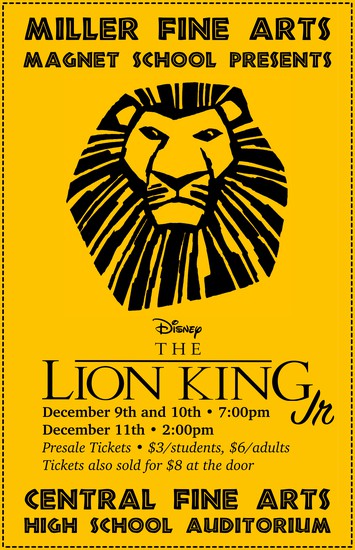 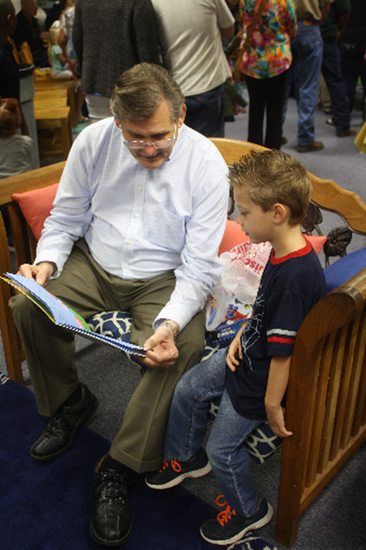 Schools throughout the district host book fairs each year to allow students to purchase new books and other fun items. This year, Skyview and Lane elementary schools held Grandparent's Breakfasts to further engage families in this annual event! 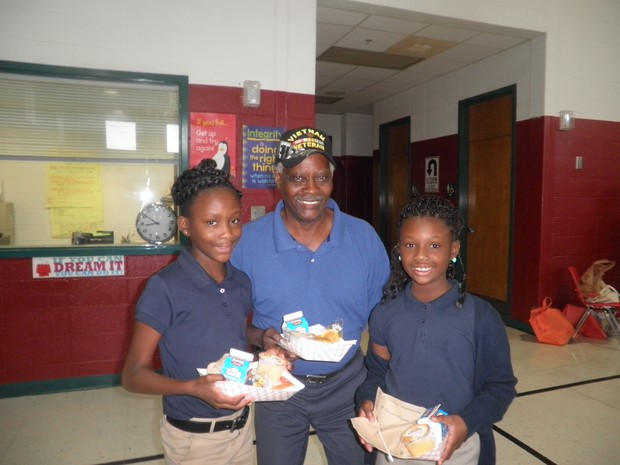 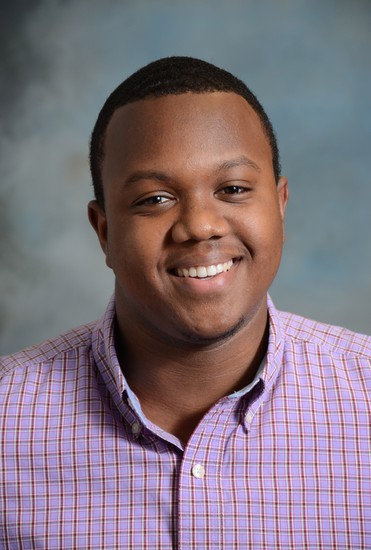 Congratulations to Title I Grant Coordinator Chad Hicks for being selected to the Board of Directors for the Georgia Association of School Business Officials. Hicks will serve in the position for a year. The GASBO works "to promote the highest standards of school business in support of the improvement of the quality of programs and the delivery of educational services" across the state.

"It's an honor to be considered for this position within the organization, and I look forward to working with the rest of the board to continue bringing programs and services to school business officials throughout Georgia," Hicks said. 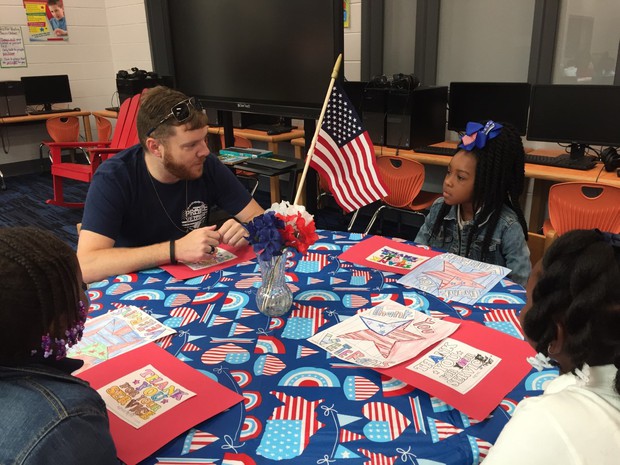 Even though our students were out of class for Veterans Day, schools took the time to recognize veterans while class was still in session. Some ate breakfast with veterans, like at Veterans Elementary School, while others held special assemblies. 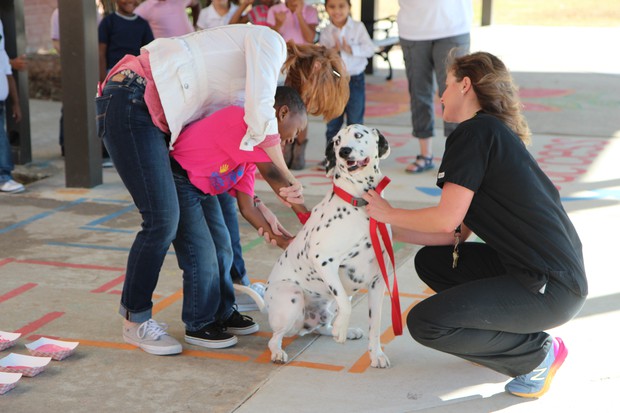 Charlie is a dalmatian that serves as something of a mascot for Sonny Carter Elementary School, and on Nov. 4, he was pink for a little while.

As a reward for raising the most money during Breast Cancer Awareness Month - $100.48, to be exact - Barkley Massey's kindergarten class got to paint Charlie pink. Using safe tempera paint, each of the students put hand prints on the dog owned by Mary Kathryn Brundidge in varying shades of pink before eating pink cupcakes to round out their celebration. 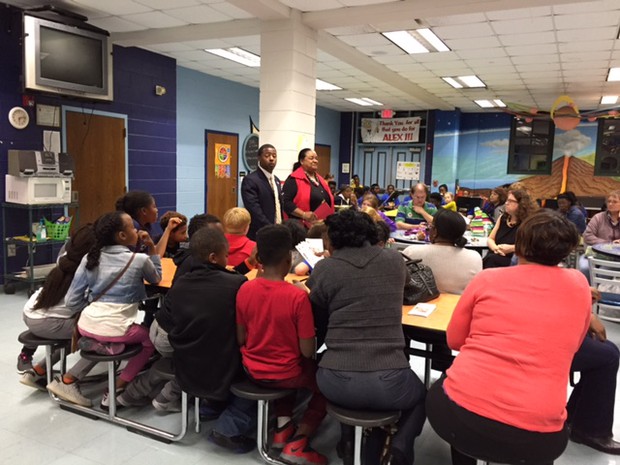 Alexander II Magnet School hosted a Middle School Night for its parents. Since the students at Alex II come from various zones in the county, each of the district's middle schools were invited to share what's going on at their school. The goal of the event was to encourage parents and students to stay in Bibb County's public schools going forward. 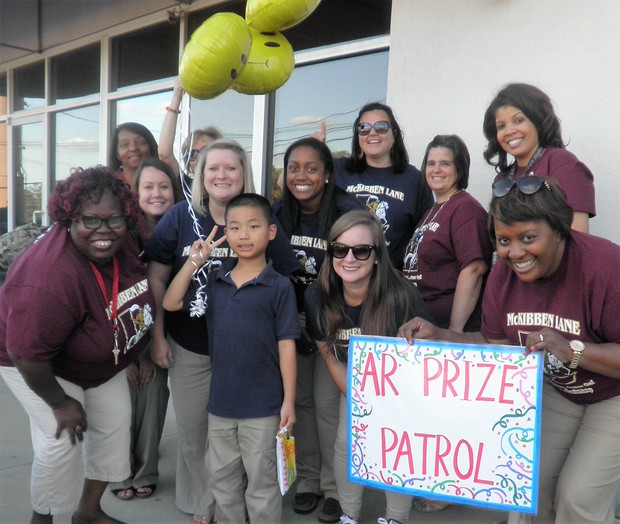 State Superintendent: Bernd 'an Example for the Rest of the Schools in the State' 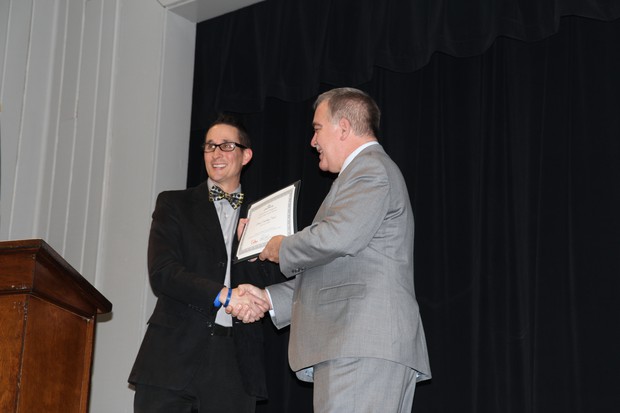 State Superintendent Richard Woods visited Bernd Elementary School on Nov. 10 to recognize the school as one of three winners of the state's Family Engagement Video Contest. Bernd's video featured a variety of student speakers encouraging parents to get involved with the school's programs and activities.
"Seeing you as students involved with that was great," Woods said.

Bernd Principal Dr. Chad Thompson said getting students of all ages to speak on camera was one of the main goals of the video.

"We involved as many people as we could," Thompson said.
This was the first year the award was presented. Because of that, Woods said that schools seeking to win in the future would look to Bernd.
"You're an example for the rest of the schools in the state," he said. 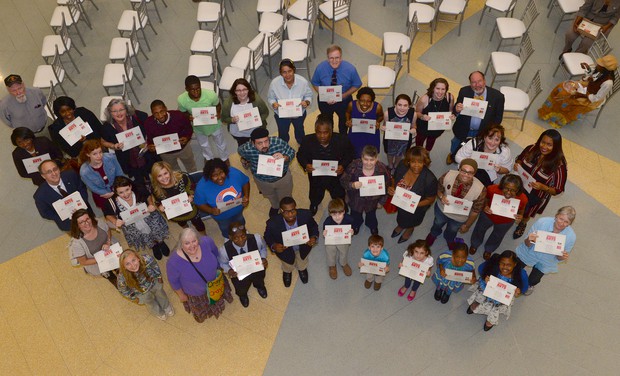 Through December 16, artwork created by district employees and their family members will be on display at the Tubman Museum, located at 310 Cherry Street. The exhibit is part of the district's participation in the National Arts Program, and the artists were honored at the museum earlier this month.

Members of the Beulahland Bible Church Men's Ministry kicked off their day at Veterans Elementary School on Oct. 31. There, they provided breakfast for the faculty and staff and greeted parents and students as they entered the school.

The men are pictured with Veterans Principal Dr. Cleveland Johnson III and Assistant Principal Dr. Arrika Tunstell. A special thanks to this group for their dedication to the community! 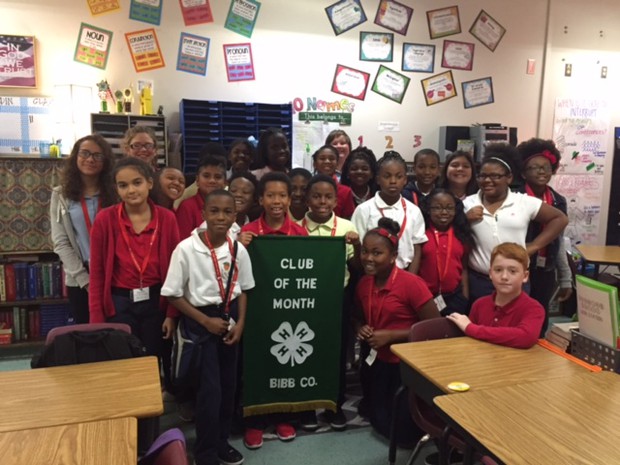 Alison Hardin's fifth-graders at Vineville Academy of the Arts were chosen as the 4-H Club of the Month for Bibb County recently. They were recognized for collecting more than 10 gallons of pop-top tabs for the Ronald McDonald House. Way to go! 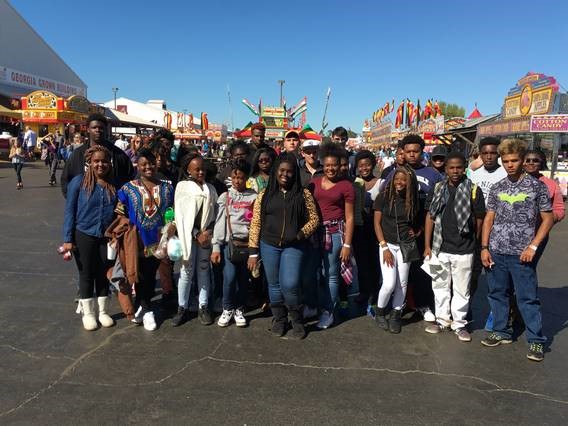 The Northeast High School FFA chapter participated in the FFA Day at the Fair program this year. In all, more than 3,500 students attended the event, which connects them with the fair's agricultural, educational and fun programming. 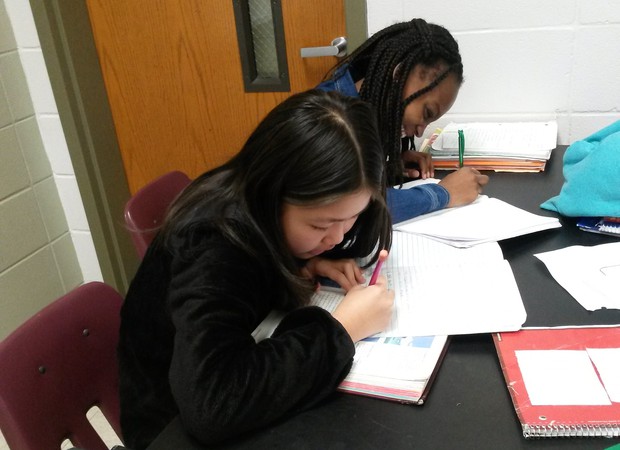 For the third straight year, students at Howard Middle School participated in the "Big Thank You." Hosted by Atlanta-based radio show "The Bert Show," the event calls for people to write letters to troops stationed overseas during the holidays. Howard media specialist Jennifer Duke said that she's enjoyed seeing the transformation in students during the project each year.

"I also love the moment that the students realize that people they do not know are working to keep them safe, even during the holidays," she said. "Their focus changes toward those who do for them without asking for anything in return." 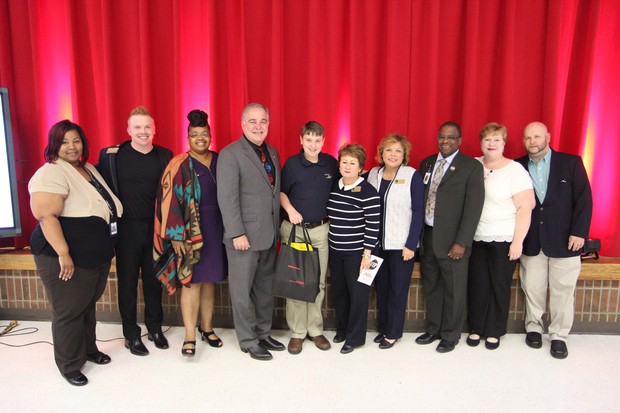 As a member of State Superintendent Richard Woods' Student Advisory Council, Ben Trofemuk was challenged to help students at a school other than his own. After talking to Williams Elementary School teacher BJ Shepherd, he decided to donate uniforms to the third grade students there.

The Academy for Classical Education freshman raised about $2,000 to give all participating students a new shirt, pants, belt, socks and underwear. On Nov. 15, he donated the items at an event where Woods spoke and encouraged Williams students to also find ways to help others. 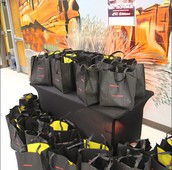 The L.H. Williams Elementary School Program for Exceptional Children Department held a Meet & Greet earlier this month. Parents of special education students were invited to attend alongside co-teachers and other staff members to hear presentations from various district officials involved with the students.

Parents also gained strategies and resources for helping students and were provided lunch by members of the Delta Sigma Theta Sorority. 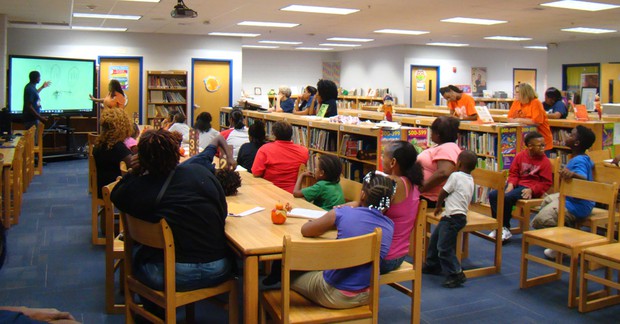 Parents and students at Bruce Elementary's Curriculum Fun Night got the chance to learn about curriculum and various means of using technology in the classroom. Parents saw first-hand how interactive panels can be implemented, while students got a lesson from Fort Valley State students on how video game systems like XBox and Playstation platforms can have educational uses. Student Makayla Boutwell even won a game system through the event! 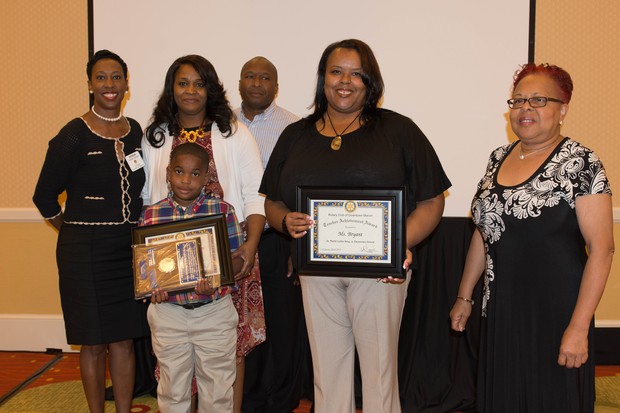 Dr. Martin Luther King Jr. Elementary School had a pair of honorees at a recent Rotary Club of Macon meeting. Third-grader Caleb Ingram, pictured with parents Edward and Angela Ingram, was recognized as Student of the Quarter, and third grade teacher SherVita Bryant, pictured with mother Carolyn Patterson, was recognized as Teacher of the Quarter. The group is joined in this photograph by Rotary Club member Judge Verda Colvin. 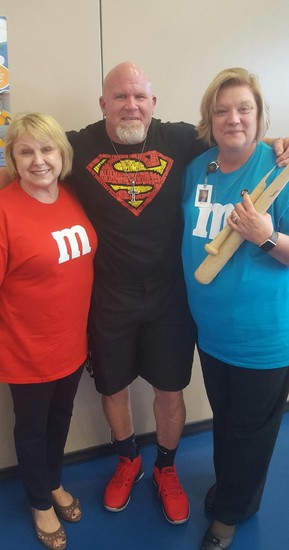 Click Here for a Farm Bureau Membership Application to Support Your FFA! 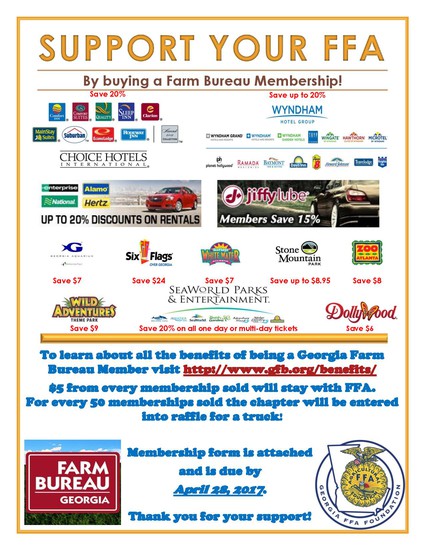