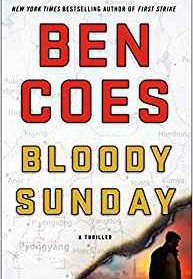 North Korea, increasingly isolated from most of the rest of the world, is led by an absolute dictator and a madman with a major goal―he's determined to launch a nuclear attack on the United States. While they have built, and continue to successfully test nuclear bombs, North Korea has yet to develop a ballistic missile with the range necessary to attack America. But their missiles are improving, reaching a point where the U.S. absolutely must respond.

What the U.S. doesn't know is that North Korea has made a deal with Iran. In exchange for effective missiles from Iran, they will trade nuclear triggers and fissionable material. An exchange, if it goes through, that will create two new nuclear powers, both with dangerous plans.

Dewey Andreas, still reeling from recent revelations about his own past, is ready to retire from the CIA. But he's the only available agent with the skills to carry out the CIA's plan to stop North Korea. The plan is to inject a singular designer poison into the head of the North Korean military and in exchange for the nuclear plans, provide him with the one existing dose of the antidote. But it goes awry when Dewey manages to inject a small amount of the poison into himself. Now, to survive, Dewey must get into North Korea and access the antidote and, while there, thwart the nuclear ambitions of both North Korea and Iran. And he has less than 24 hours to do so―in the latest thriller from Ben Coes. 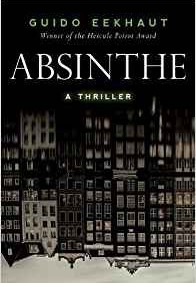 Winner of a Hercule Poirot Award, a fast-paced international crime thriller about Russian infiltration in the financial world.

Walter Eekhaut, a veteran of the Belgian police force who has a problem with authority, is dispatched to Amsterdam to aid the Dutch security service in investigating the activities of a well-connected Russian oligarch, with ties to Putin. Some of the Russian's business is legitimate, but some may well not be. In Amsterdam, Eekhaut is seconded to Chief Superintendent Alexandra Dewaal and her team, and begins to learn about the city's shady underside.

He is at once pulled into another case, the murder of a young leftist dissident, alleged to have stolen a sensitive list from the Amsterdam offices of an ultra-right-wing political party—a list with the names of secret donors. The hunt for the killer leads to a knot of black money interests and illegal dealings that pit the Russian mob and Dutch politicians and business leaders against the police and anyone else who tries to get in their way.

Absinthe is the gripping first installment in the bestselling Amsterdam trilogy featuring Eekhaut and Dewaal and, for North American readers, a new voice in European noir. 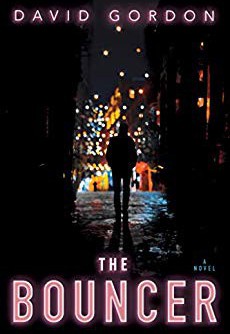 In David Gordon’s diabolically imaginative new thriller, The Bouncer, nothing and no one is as expected—from a vial of yellow fragrance to a gangster who moonlights in women’s clothes.

Joe Brody is just your average Dostoevsky-reading, Harvard-expelled strip club bouncer who has a highly classified military history and whose best friend from Catholic school happens to be head mafioso Gio Caprisi. FBI agent Donna Zamora, the best shot in her class at Quantico, is a single mother stuck at a desk manning the hotline. Their storylines intersect over a tip from a cokehead that leads to a crackdown on Gio’s strip joint in Queens and Joe’s arrest—just one piece of a city-wide sweep aimed at flushing out anyone who might have a lead on the various terrorists whose photos are hanging on the wall under Most Wanted. Outside the jailhouse, the Fed and the bouncer lock eyes, as Gordon launches them both headlong into a nonstop plot that goes from back-road gun show intervention to high-stakes perfume heist and manages to touch everyone from the CIA to the Flushing Triads. Beneath it all lurks a sinister criminal mastermind whose manipulations could cause chaos on a massively violent scale.


For readers who like a heavy dose of fun with their murder, this is crime fiction at its freshest, from a virtuoso of the “darkly comic, stylish literary thriller” (Associated Press). 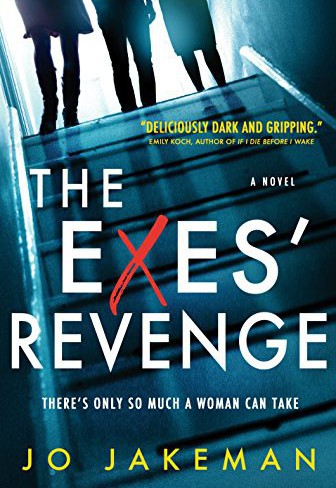 How far would you go for revenge on your ex? This wickedly dark debut, perfect for fans of Fiona Barton, Clare Mackintosh, and Shari Lapena, is a gripping, twisting answer to that question.

Divorces are often messy and Imogen's is no exception. Her husband, Phillip, is abusive, controlling, and determined to make things as difficult as possible. And now he has given Imogen an ultimatum: get out of the family home in two weeks or I'll take our son away from you.

In a moment of madness, Imogen does something unthinkable. Something that puts her in control, for the first time in years. She's desperate to protect her son and claim authority over her own life.

But Imogen wasn't expecting Phillip's first wife and his new girlfriend to get tangled up in her plans. These three very different women, and very unlikely allies, reluctantly team up to take revenge on a man who has wronged them all.

The Exes' Revenge is a deliciously satisfying psychological thriller from an exciting new voice. 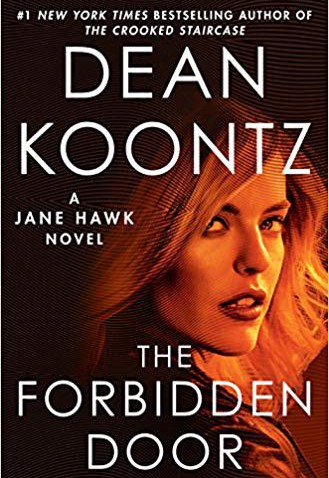 “We’re rewriting the play, and the play is this country, the world, the future. We break Jane’s heart, we’ll also break her will.”

She was one of the FBI’s top agents until she became the nation’s most-wanted fugitive. Now Jane Hawk may be all that stands between a free nation and its enslavement by a powerful secret society’s terrifying mind-control technology. She couldn’t save her husband, or the others whose lives have been destroyed, but equipped with superior tactical and survival skills—and the fury born of a broken heart and a hunger for justice—Jane has struck major blows against the insidious cabal.

But Jane’s enemies are about to hit back hard. If their best operatives can’t outrun her, they mean to bring her running to them, using her five-year-old son as bait. Jane knows there’s no underestimating their capabilities, but she must battle her way back across the country to the remote shelter where her boy is safely hidden . . . for now. As she moves resolutely forward, new threats begin to emerge: a growing number of brain-altered victims driven hopelessly, violently insane. With the madness spreading like a virus, the war between Jane and her enemies will become a fight for all their lives—against the lethal terror unleashed from behind the forbidden door.